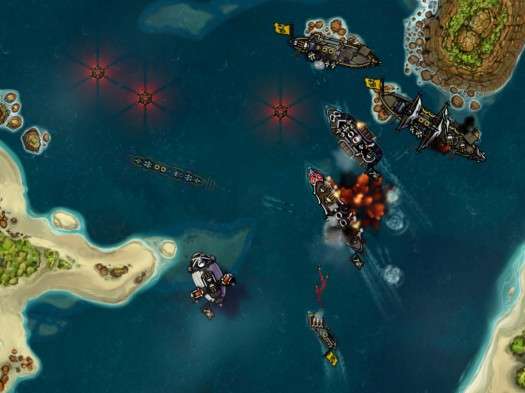 The first project brought to you by Bungie: Aerospace is about to come your way next week from Harebrained Schemes.

More after the jump.

The game will be a turn-based game with a mystery for players to uncover. The game offers many different ships, subs, and airships as well as distinct crew members through 8 missions detailing Thomas Blood’s trials and tribulations in the Caribbean. If you want a little more than single player, the game has you covered with two pass and play multi-player scenarios. The game boasts Bungie.net stats, leaderboards, and Facebook integration. Enjoy this freebie while you can though as ‘Chapter 2: Tales of Captain Blood’ will cost you a mere $1.99 for 8 more sea voyages.