The Cracks in “Marvel’s Agents of SHIELD”

Well first off, the title alone is a crack, but we’ll get to that in a bit.

“Marvel’s Agents of SHIELD” had a lot of hype in both mainstream and geek-oriented media following the pilot’s premiere at the 2013 San Diego Comic-Con. How could it not? It was not only a Marvel TV series, but an hour that tied directly into the MCU. Joss Whedon was attached and he directed the first episode personally. The storyline was an epilogue to “Iron Man 3”. It had lots of fun references that the audience enjoyed.

And then the show debuted. And the ratings have fallen since the exceptional debut numbers considering it’s up against the titan otherwise known as  NCIS. The low point was a 2.2 in the 18-49 demographic following episode 7, “The Hub”, along  with 6.63 million total viewers. The ratings have slowly gone up since then.

But what could be causing the viewers to hemorrhage since the show premieres? And what would give viewers the opportunity to see more?

Crack Number One: Look, the title of this show is clumsy as hell and doesn’t roll off the tongue. Yes, I get it’s a branding thing. But sometimes you have to say “enough is enough”. Anyone who’s seen the Marvel Cinematic Universe knows who SHIELD is. We know that Marvel created SHIELD. We don’t need to be told this. It’s like Marvel is jumping up and down squealing “We made this! We made this! This is our work! This belongs to Marvel!” It’s pretentious and arrogant.

Crack Number Two: Skye. The character had some potential in the premiere episodes, but they’ve mostly been squandered in favor of making her a SHIELD fangirl. I get that she’s supposed to be the audience insert in a way because all of the exposition is centered around her. But that’s the issue with Skye. She has rapidly lost what made her interesting, as the mole in SHIELD and as the resident skeptic, and she only rarely gets to demonstrate the Hollywood Hacking skills that got SHIELD’s attention in the first place. The result is a character that is basically a tagalong fangirl without any truly interesting or unique qualities.

This is a shame because Skye could be a lot more interesting. Apparently she has been alone since birth and she erased herself off the grid, and there is a good possibility that “Skye” is but an alias she came up for herself. My personal theory is that she is Monica Rappuccini, who in the comics is a brilliant young woman who takes over Advanced Idea Mechanics. The obviously implication is that if my theory is true, Skye is destined to become a villain. 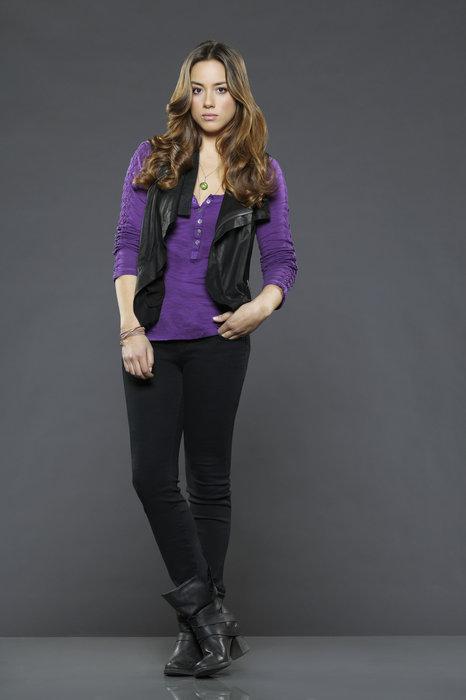 I also don’t blame the actress, Chloe Bennet, for Skye falling flat. She’s doing everything she can, but the material is not good enough for her to transcend.

Crack Number Three: Lack of ambition. All of the episodes so far have strictly followed the “one-and-done” episodic format, failing to progress any storylines. We have yet to learn any meaningful information as to why Philip Coulson is still alive, or who exactly Skye is. Learning that Coulson possesses some trauma or that Skye was dropped off at her orphanage by a SHIELD agent doesn’t really add anything to either character. There’s also been a lack of recurring characters so far, though the next episode looks to fix this as Mike Peterson, a character from the pilot, is going to reappear (and is working for SHIELD now). The next episode is also the start of a two-parter which may be a sign the show is finally developing the courage to start building some actual, meaningful story arcs. None of this would be such a big deal if . . .

Crack Number Four: The characters in general. “Agents of SHIELD” has the opposite problem of certain TV shows such as the failed Syfy original “Caprica”, whose characters are so flawed that they only induce apathy from the viewers instead of sympathy. The various characters in “Agents of SHIELD” are too flawless to be cared about, or are annoying in a light-hearted away that belies the material. Philip Coulson (still ably played by Clark Gregg), Melinda May (Ming-Na Wen), and Grant Ward (Brett Dalton) are not terrible characters, and May and Ward have gotten fleshed out a bit in recent episodes, and May and Ward seem to have begun developing a closer relationship, if the most recent episode of this writing, “Repairs”, means anything. Considering how rare a noticeably older woman and younger man having a relationship is on TV, I would not mind if May and Ward continue to get closer. However, the characters collectively known as “Fitzsimmons” (Iain De Caestecker for Fitz, and Elizabeth Henstridge for Simmons) fail to make much of an impression beyond being amateur-esque in their points of views and attitudes. Their subplot in “Repairs”, pranking/hazing Skye, was infantile at best, and basically demonstrates them as being in the way.

Crack Number Five: While I understand their reluctance to use certain characters from the comics, as Marvel likely has plans for a whole lot of them in the movies, there have been a lack of comic characters in the series so far. Only Franklin Hall (played by Ian Hart, and also becomes the supervillain Gravitron in the comics and apparently in the show as well), and Agent Victoria Hand (portrayed by Saffron Burrows) have appeared on this show so far. 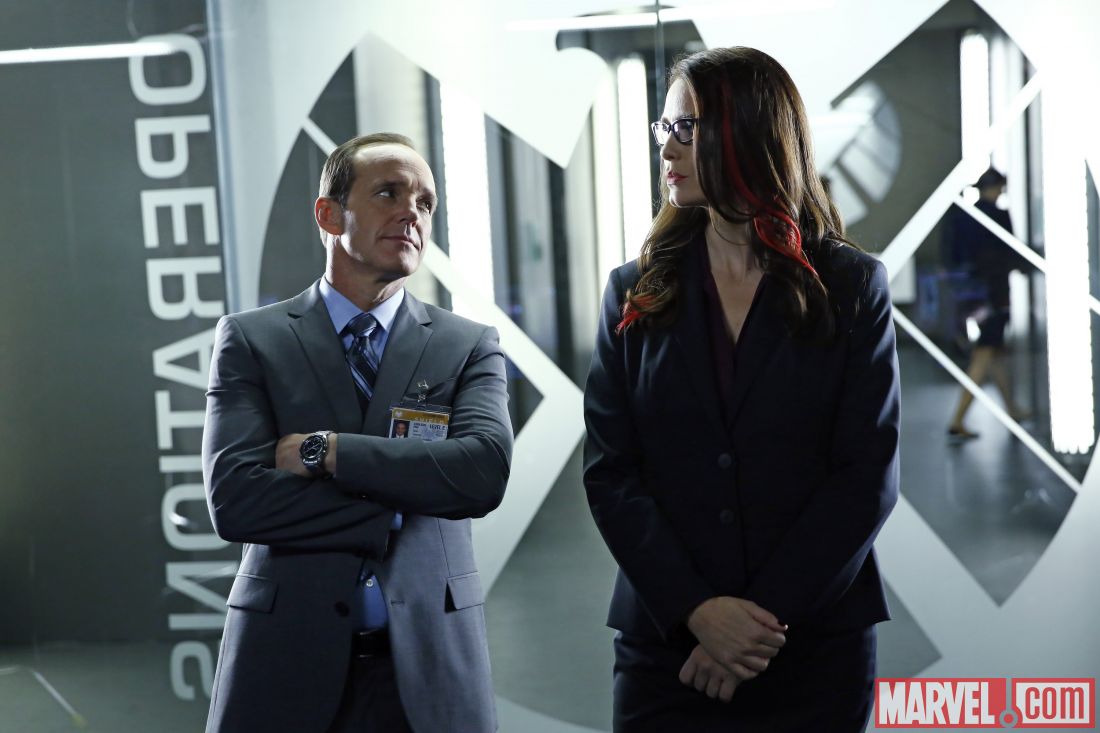 I understand not wanting to infringe on the films, but there must be some characters available that the MCU doesn’t have dibs on, more than an obscure supervillain and one top-level agent who also isn’t a household name. Then again, considering how some of Marvel’s B-listers such as Luke Cage and Daredevil are getting short series on Netflix perhaps most of the characters are already spoken for. But then what was the point of making this series then? People are coming in expecting this to be a Marvel series, not a, . . . well . . .

Crack Number Six: X-Files lite. That’s basically what “Agents of SHIELD” has been through the first nine episodes. I get that on a network budget you’re not going to be able to pull off the stunning feats of CGI and Michael Bay-esque explosions as seen in the films. But without the connections to the comics, and with a cast of almost entirely original characters, this is basically the X-Files with a thin comic book coating. Even the one episode reported  to directly tie into the movies only devoted two minutes to what happened in “Thor: The Dark World”, before going off on its own story about an unrelated Asgardian artifact. And those two minutes basically had them picking up debris and garbage. I believe this is the biggest reason of all as to why ratings have dropped. While I think most viewers are smart enough to recognize this isn’t going to be “Iron Man 3” every episode, I do think they expect a more overt connection to the movies, rather than what we have been getting, which is mostly unrelated leftovers.

That’s not to say the show has been terrible. The show definitely had a rocky start in my humble opinion, especially due to one person in Marvel TV who I will decline to name, but the last couple of episodes since “The Hub” have shown a noticeable improvement. But the trick is that this continues, especially with the upcoming two-parter. There’s also rumors that two new recurring characters will be introduced in the 14th episode and that could conceivably shake things up as well.

I’d like “Agents of SHIELD” to be a good show. It has a chance to be something never before seen in television history, a TV series directly based off an ongoing series of films. But so far, it has not done much with its unique opportunities.

It needs to do so, before the cracks cause the show to shatter into lots of little pieces, crushed by audience indifference.