Bluefin is one of the major distributors of collectible figures in this country, and today they’ve announced two new Transformers figures, created by Flame Toys, that will be available in the second quarter of this year. 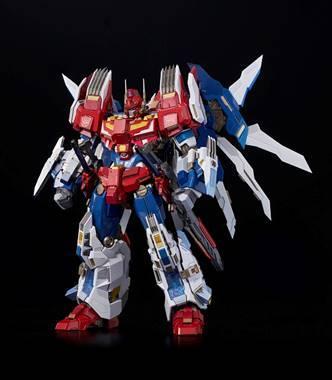 First off is the Star Saber Kuro Kara Kuri figure…and if you’re trying to remember where you saw him in Gen 1, you didn’t. This Autobot is an invention of the long-running IDW Transformers comic book series. At eight inches tall, Star Saber is fully articulated and comes with several accessories including a detachable face mask, two interchangeable heads and weapons, a large sword and a shield, and a pair of small buster cannons that can be combined into a larger weapon. 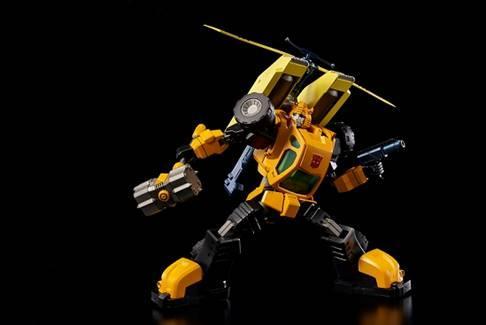 Flame Toys has also created the Bumble Bee Furai model kit, for those of you who prefer getting your hands dirty. Fresh off his new motion picture (this is not the model from the film), Bumblebee will measure five inches tall when fully assembled and will boast over 50 points of articulation. Included accessories are a detachable helicopter engine and rotors. Bumblebee marks the fourth release in Flame Toys’ line of Transformers Furai model kits.

Which of the two should you get? We can’t decide for you, but odds are good the prices of each will weigh heavily in your decision. Star Saber costs a hefty $400. Bumblebee can be had for just $50. Of course, the latter is smaller and you have to build it first, but when it’s on the shelf, who’s gonna know?

Bluefin will begin distributing the Bumble Bee Furai model kit in March. The Star Saber Kuro Kara Kuri figure will be out this May.