A Dark Song Becomes Playable In One Month

Today IFC Midnight revealed a release date and a trailer for its new horror film A Dark Song. Here’s what awaits you:

An unholy alliance between two damaged souls leads them on a disturbing descent into the depraved realms of black magic. Sophia (Catherine Walker) is a grieving and desperate woman with a secret. Joseph (SIGHTSEERS’ Steve Oram) is an anti-social, alcoholic expert in the occult who reluctantly agrees to help her. Holed up in a remote cabin amidst the desolate wilds of Northern Wales, the two embark on a grueling six-month series of dark rituals that will push them both to the physical and psychological breaking point.

This film was screened last fall at Fantastic Fest in Austin, Texas. Critics praised it for doing something different with a well-worn premise — any horror fan knows darn well by now the dangers involved with thinking dark magic will solve your problems. Viewers know things are very likely to go wrong, so A Dark Song takes a different approach.

The ritual this woman takes part in is complicated and long (as the synopsis says, it takes six months to pull off) and she must get it exactly right over that time period, or the consequences will be dire (like…being hounded by demons for the rest of her life dire). To make sure the audience knows what’s going on and what’s at stake, every step is discussed in detail. This methodical take robs the narrative of some of its scariness, but if it was done traditionally, the old tropes probably wouldn’t scare you at all.

A Dark Song opens in selected theaters April 28, and debuts on VOD platforms the same day. 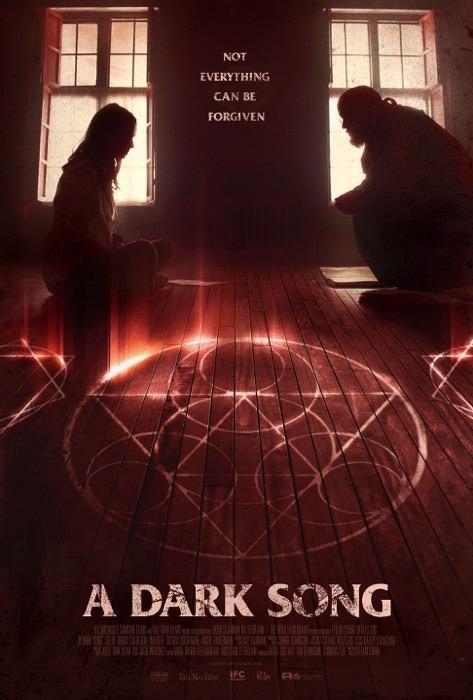 The Secret World To Relaunch As A Free-To-Play RPG Prey: New Combat and Gameplay Videos Released

Not only did the concept of battle royale originate in Japan with an international hit movie, they also have their own version of the ouija board called the Kokkuri. Why not combine both those things and see what happens? Tokyo Bay Films had that idea and came up with Ouija