The 1984 Transformers Soundtrack Will Be Officially Released Soon

It took 34 years, but Hasbro is finally putting out an official soundtrack for the landmark 1984 cartoon The Transformers. Believe it or not, there’s never been one until now, though there have been unofficial efforts.

The official title is Hasbro Studios Presents ‘80s TV Classics: Music from The Transformers and it contains 45 minutes of uncut background music from the cartoon’s first three seasons. And if you had to guess, what would be the chosen format? Correct….vinyl, in three collectible forms: Optimus color, Megatron color and Bumblebee color.

Optimus and Megaton will be sold at the website Enjoy The Ride Records, while Bumblebee will be a ThinkGeek exclusive. Only 2000 copies will be printed, and at $18.99 each, they’ll go fast. Depending on the type you want, be at either website starting 9 AM Pacific, 12  Noon Eastern this Friday. If you want these nostalgic tunes for your turntable, roll out! 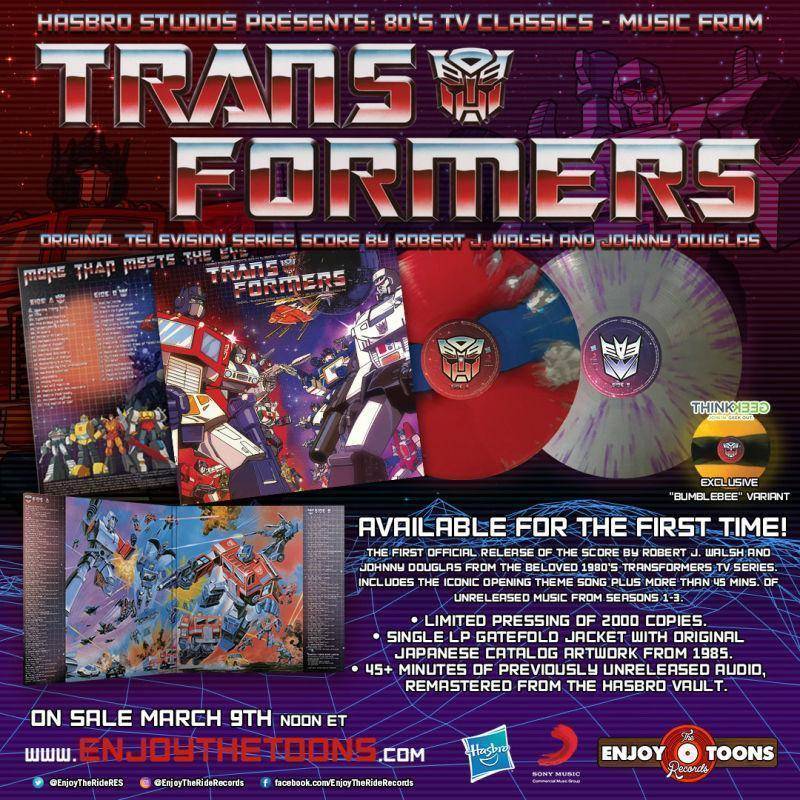 Here’s What Netflix’s Lost In Space Looks Like Luke Cage Is Coming Back: New Trailer And Screens

Ever feel like a robot in disguise? Now you can let out your inner Autobot through the newly announced Transformers RPG game from Renegade Studios. Create a Transformer character using the roles described in the book, pick your abilities and what to change into, and set off on your journey

Weight of the world got you down? Don’t get mad, don’t stay sad — paint a turtle! Joe Sherman, creator of the award-winning 2019 NES game Turtle Rescue, is about to release his second shelled reptile related project….this one vastly different not just from his first game but from most

There have been a lot of Transformers movies by now, but if you ask a certain generation, there is only one that truly matters: the original. Released in 1986, Transformers: The Movie broke the hearts of millions of children with the sudden and abrupt offing of beloved main Autobot Optimus

IDW announced their next big Transformers series today, Transformers: Wreckers – Tread & Circuits. It explores a corner of the universe not everyone might be familiar with…. On a distant space colony, fat from the war on Cybertron, live the Wreckers — a team of daredevils who entertain the Autobot