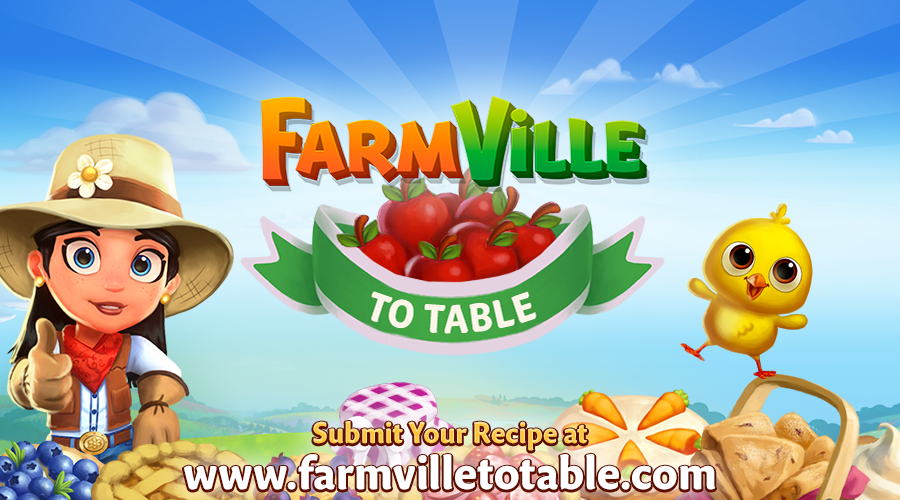 According to Zynga, a survey of their player base indicated 84 percent of players cook at home and 62 percent of their players expressed a desire to learn real world recipes behind the food they find in-game. Currently, Zynga is accepting recipe submissions for the cookbook and the company intends on choosing 50 player submitted recipes into the FarmVille-To-Table digital cookbook.

FarmVille 2: Country Escape, a mobile version of the social media app Farmville 2, was released last month to both positive critical acclaim and fan support on iOS and Android devices. Like their other games, Farmville 2 is free to play, with the option to purchase bonuses and items in the game, however Country Escape is notable for implementing offline play for the first time in the franchise.

To learn more about the cookbook or  FarmVille 2: Country Escape visit the official webpage.

To submit an entry to the cookbook visit this website for more information about the submission policies.