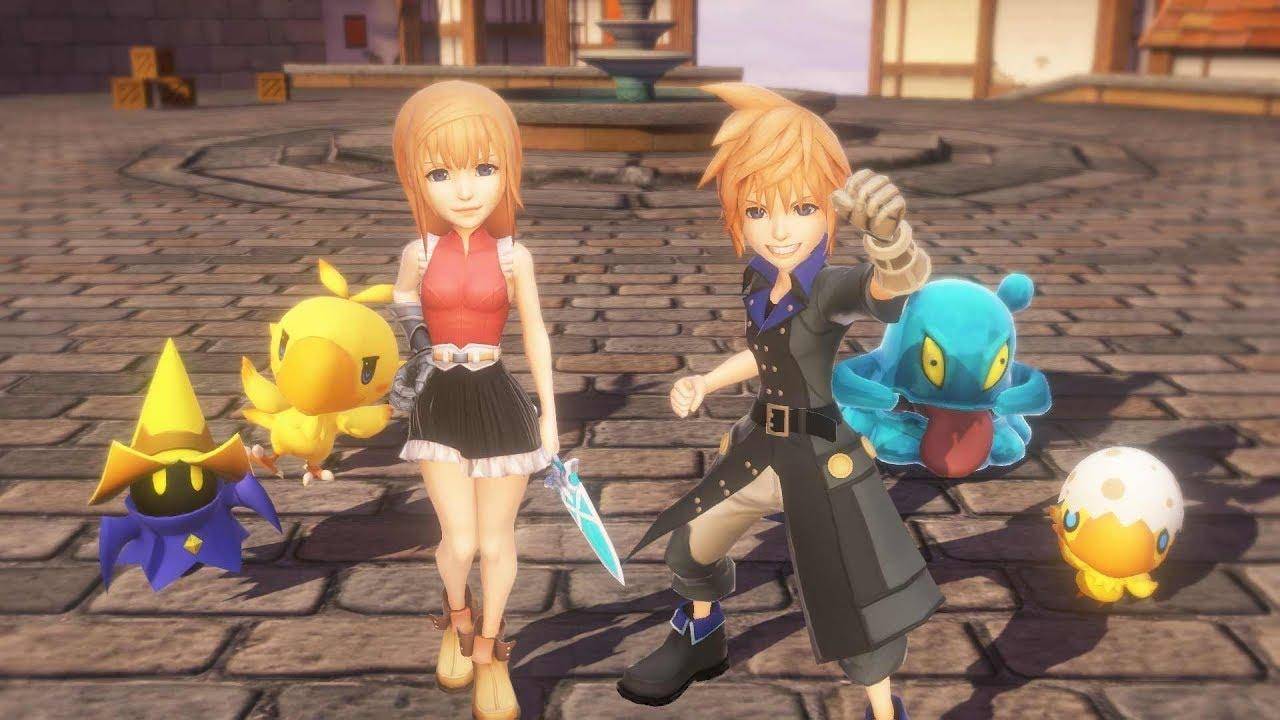 World of Final Fantasy, released in 2016 for Playstation 4, Vita and the PC, was a celebration of the Final Fantasy franchise’s history told through two new characters searching for their lost memories (a classic FF trope). It was an oldschool turn-based RPG with a chibi artstyle, and it gained good reviews. But it remained exclusive to Sony machines…..’til now.

The game is now available on Switch and XBox, and it’s been souped up! World of Final Fantasy Maxima is mostly the same experience from two years ago, but with improvements and extra content. You’ll get an all-new Avatar Change system that allows players to add characters like Cloud, Yuna or, Noctis to their stacks. There are new legendary characters, sidequests, monsters, minigames and an optional super-hard difficulty mode.

Take note: if this matters to you, the visuals in World of Final Fantasy Maxima are softer on Switch than they are on XBox One, though this is less noticeable when played in handheld mode. Also, if you already bought this game on PS4 and feel left out, you can add the new content to your existing game with a $15.99 DLC pack. (There’s no mention of a similar pack for Vita owners.)

No matter what your preferred gaming machine of choice, you can explore the world of Grymoire to your heart’s content. World of Final Fantasy Maxima is out today for Playstation 4, Nintendo Switch, XBox One and PC.

The Surge 2 Reveals PS4 Pro And XBox One X Enhancements