Digital comic app Webtoon, in association with Legendary Comics, is about to launch their big new series Acursian.

Charlie Stewart is a successful high-powered, high-paid lawyer who owns the best of everything. Luck has certainly been on his side, until one day when everything turns around. Suddenly, fate has it out for him and he can’t do anything right, stacking up failure after failure. Worse yet, his beloved family is now in trouble.

Guess what? He’s the descendant of a Celtic prince who made a deal with Bregon, the God of War, leading to a family curse he must now somehow break. Doncha just hate it when that happens?

Embarking on a quest for the truth behind the supernatural forces re-writing his destiny, Charlie discovers that his ancestor Bonnie Prince Charlie made a deal with the ruthless Celtic God of War, Bregon. In return for the Bonnie Prince’s victory at the battle of Culloden, Bregon demanded the prince steal three magical talismans from Bregon’s own sisters. These sisters cursed the entire Stewart bloodline and now Charlie must settle a centuries-long family squabble among gods in order to get his own family back. Real life and ancient legend collide in unexpected ways as Charlie battles across this world and opens up realms of time and mystery that no mortal was ever meant to see.

Acursian features the involvement of actor John Barrowman, best known to the Popgeeks audience as either Captain Jack Harkness on Doctor Who or Malcolm Merlyn on several Berlantiverse programs. John’s sister Carole Barrowman is also involved on the production end, as is Erika Lewis, writer of several graphic novels.

“We began this journey with John, Carole, and Erika over a year ago and are thrilled to see this project coming to fruition in such a gripping story that features—for the first time ever—John starring in his very own comic book, one that truly reflects his love for Celtic lore,” says Robert Napton, Senior Vice President of Legendary Comics.

Find out what happens to Charlie when Acursian launches on the Webtoon app September 13. 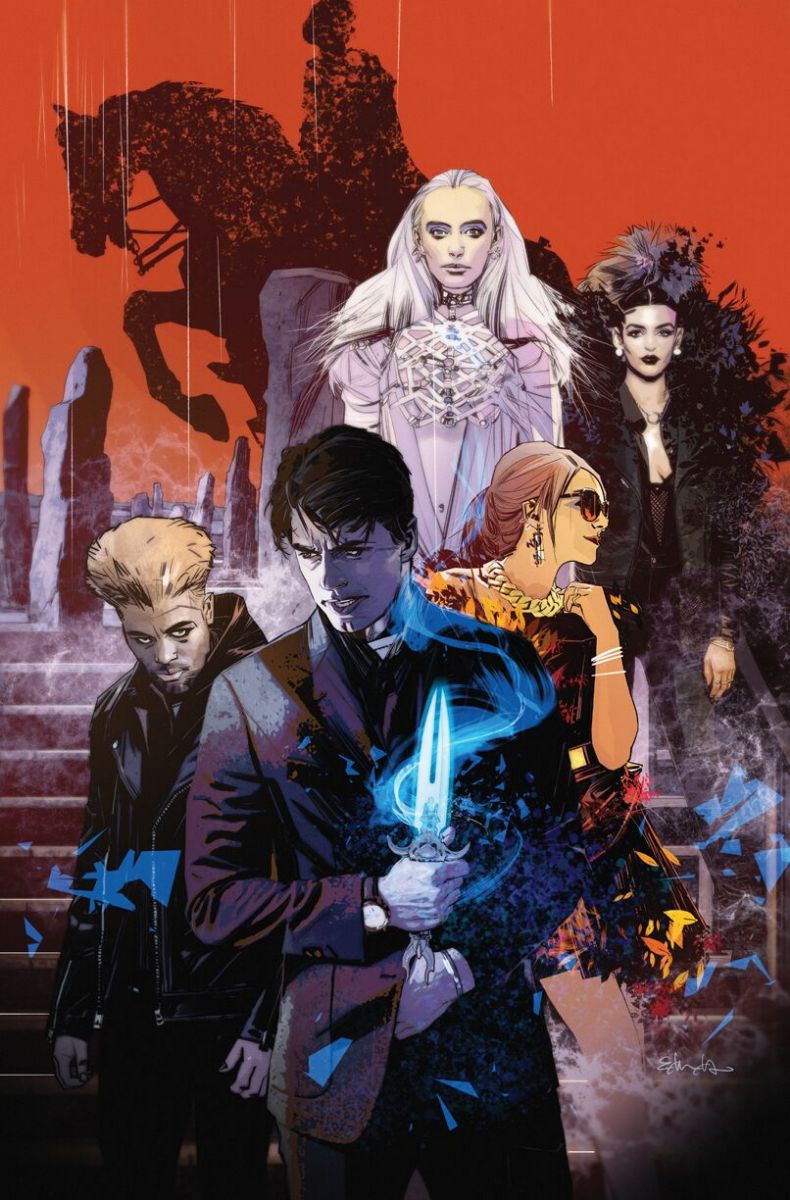