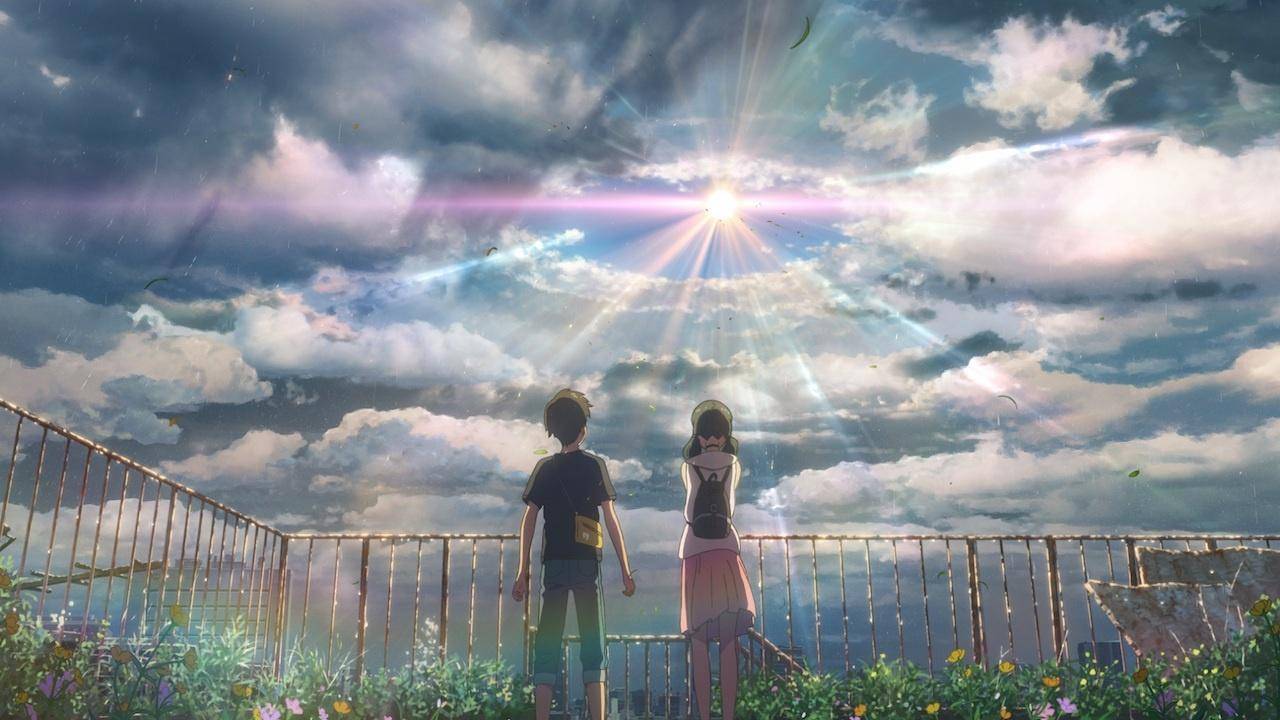 Weathering With You, the follow-up to director Makoto Shinkai and producer Genki Kawamura;’s mega-hit Your Name, will be hitting disc formats early next month…and digital formats this very second.

Weathering With You had its North American premiere at the Toronto International Film Festival, and its US premiere at the Animation is Film Festival in Los Angeles. The latter screening completely sold out. The US dub of the movie features the voices of Lee Pace as Suga, Alison Brie as Natsumi, Riz Ahmed as Takai and many others.

The summer of his high school freshman year, Hodaka runs away from his remote island home to Tokyo, and quickly finds himself pushed to his financial and personal limits. The weather is unusually gloomy and rainy every day, as if to suggest his future. He lives his days in isolation, but finally finds work as a writer for a mysterious occult magazine. Then one day, Hodaka meets Hina on a busy street corner. This bright and strong-willed girl possesses a strange and wonderful ability: the power to stop the rain and clear the sky…

The Blu-Ray and DVD version will be released September 15, and contain these bonus features:

If you can wait a little longer, GKids is pulling out all the stops to produce a bonus-packed Collector’s 4K Edition that comes with a 104-page book, the soundtrack on CD, a 13″ by 21″ poster, sticker and a bonus disc with a full-length documentary. That version is coming November 17.

But if you can’t wait at all, the digital version of Weathering With You is out today. Note that it does not come with bonuses.

Disney Plans To Remake The Lion King In Live Action