In We Happy Few’s latest expansion, the We All Fall Down DLC, players take on the role of Victoria Byng. We’re introduced as she finds herself starving and suffering from the withdrawal symptoms of the psychedelic drug, Joy. During this newfound lucidity, she realizes Wellington Wells is falling apart at the seams. Food supplies are dwindling rapidly and plague has found its way to multiple neighborhoods in the city. Victoria is sure she can convince her father, General Byng, that the citizens need to be freed from their drug-induced haze. With clear minds, everyone will be able to rally together to save Wellington Wells. If she can’t convince her father to help, to what lengths is Victoria willing to go in order to save and free the citizens?

The We All Fall Down DLC introduces rooftop traversal and strips away the survival elements of the main game. This shift in gameplay puts the focus on a fairly dark story. We All Fall Down dives right in to the action. It quickly and effectively communicates how far gone Wellington Wells is as Victoria traverses through neighborhoods in various stages of collapse. The first couple of scenes you happen across will be a good reminder of how dark the We Happy Few world is. Victoria’s almost blind belief in her father’s virtue is chipped at by a ghost-like haunting by the memory of her mother. She clearly has a lot of complicated feels about the woman who abandoned her in order to stand in opposition to the regime.

The story quests are mostly linear. Each quest of We All Fall Down has a map that allows for some exploration, but ultimately Victoria must accomplish a series of tasks while on her way from one location to another in order to move the plot along. To the DLC’s credit, though, each area is visually distinct. The player will be able to figure out their next step by walking around for a little bit or by looking at their environment. Healing Balms, contraptions and the things that your whip attaches to will highlight with a glow. That’s great, because you would probably miss them otherwise. 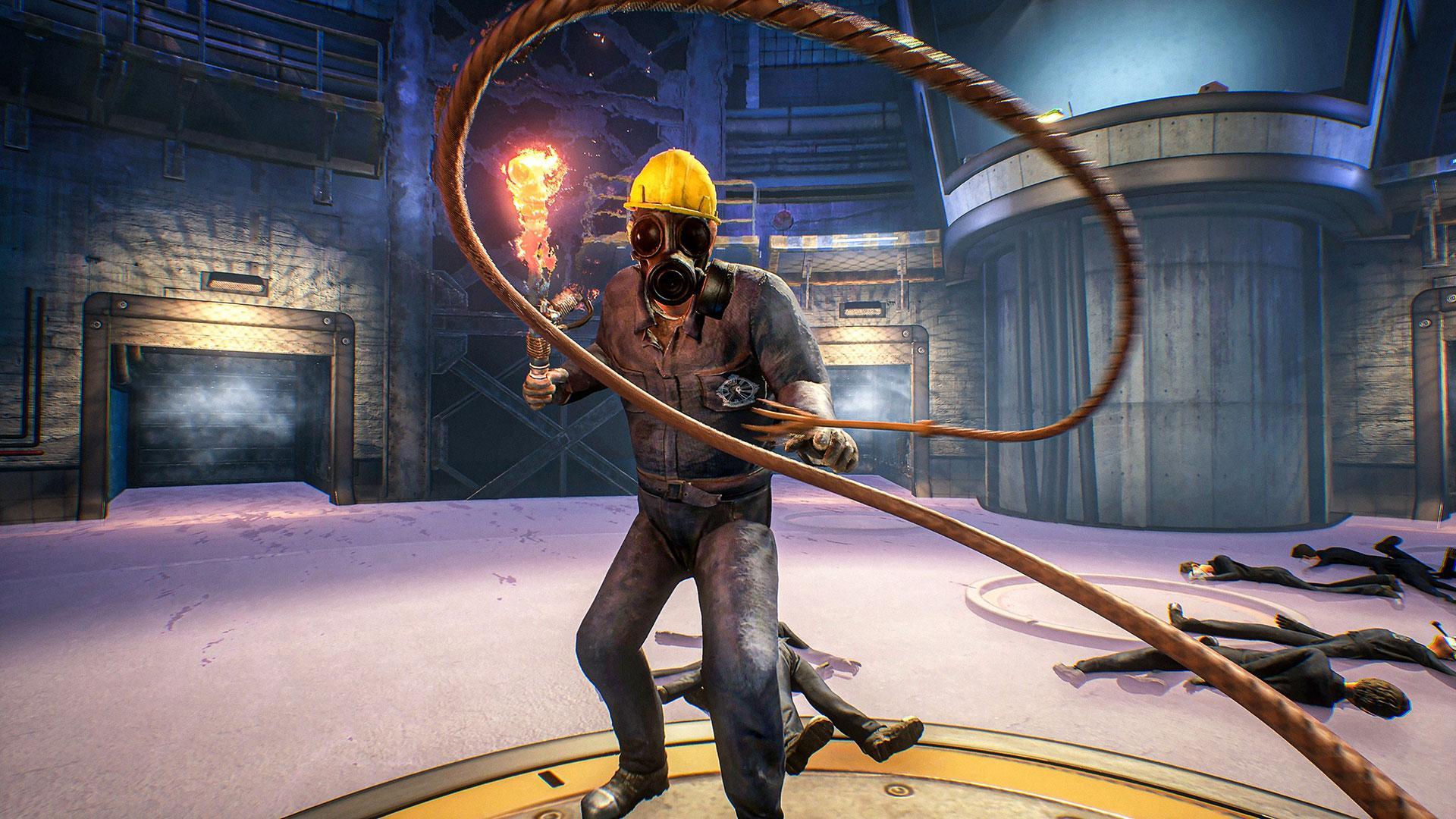 Victoria’s weapon of choice is the whip. She can either directly engage with her opposition or choose to be stealthy with a shocking dart gun or via rooftop traversal. Basic rooftop traversal is fairly intuitive. Move your camera around until something on a rooftop or awning glows. Crack your whip and off you go, avoiding the Bobbies as you zip to and fro, you sassy dissident you. Rooftop traversal becomes much more challenging once you have to do a long jump.

This We All Fall Down play through was done using a wireless Xbox One controller, on a PC. In order to do a long jump you must sprint by pressing the Left Stick down and forward. You must then jump and then crack your whip at the right moment. I could not get the timing right. I spent more time on this than I care to admit. Thankfully, the long jump is not a significant part of the DLC or this review would be much more grumpy in tone.

If you like dark stories, then you’ll absolutely have fun jumping back into We Happy Few through We All Fall Down. The most interesting parts of a society are its rise and fall; make that form of government an authoritarian regime and it’s just that much more satisfying to watch it topple. The graphics and animation will be fully familiar to you if you’ve played the main We Happy Few game. With the exception of the cursed long jump, the gameplay was easy to pick up and I didn’t get lost or frustratingly confused. The DLC is fairly priced. You’ll be getting solid content for a value price, which will also help make this a fun play through of We All Fall Down.

We Happy Few’s third DLC, We All Fall Down, is available on the PC, Xbox One, and PlayStation 4 as of today, for a suggested retail price of $7.99. Players who purchased We Happy Few’s Season Pass will have access to the expansion. For more information on the We All Fall Down DLC, visit the Steam, Xbox One, and PS4 store, or become a fan on Facebook or subscribe on YouTube.

Half-Life Is Half-Back, But On Double The Screens Go Behind-the-Scenes of We Happy Few with The Cost of Joy – Coming Dec. 19