Walking Dead: The New Frontier: From The Gallows Review

Despite this being my first TellTale Walking Dead season, I knew a lot of what to expect going in. And to be fair, The New Frontier did a great job welcoming me in as a new player, as it focused not just on series regular Clementine, but a new family of survivors. Throughout this season we saw a family struggle to survive in a world full of tough choices and loss, and “From The Gallows” painted a powerful picture of what family can mean, and how easily choices can cause things to happen.

Without a doubt, some of the best moments in this season have been the opening flashbacks were we got to see life before the dead walked the Earth. And here, we got to see how Javi and David reacted to dire news. It’s these moments of family and reflection that allow TellTale games to work, because in the end, it is about stories and characters. And what made this moment work is that a promise can be made (or not made) that will affect what you do later on.

Fast forward to the present, and Richmond is overrun with Walkers/Muertos, and Javi, Clementine, Kate, Gabe, and even David are struggling to survive it, and figure out the next move. Through the six-part chapter you’re put into numerous situations that delve deeply into the bond that these characters share, and your choices from before do indeed matter, as they help decide how certain things play out.

Naturally, the focus here is on Javi and David, whose brotherly bond has been pushed back and forth. How you feel about David and what he’s done (especially after last episode) will define how you treat him now that you both need him…and don’t exactly want him around. The question of “what is family?” is really pertinent here. All of which leads to an intense showdown where you have to decide how much you love your brother.

Another character that shines here is Kate. She’s had some ups and downs, but the events of last episode have defined her enough to let her really come into her own here. She’s desperate for atonement, as she’s the reason Richmond is overrun, but she’s also fed up with David, who’s still her husband technically. And yet she loves Javi (if you played it that way), and seeing her step up and rise up to try and save lives is very sweet.

Heck, even Gabe had a better showing in “From The Gallows”, though you may question a choice he makes later on that does decide his fate. 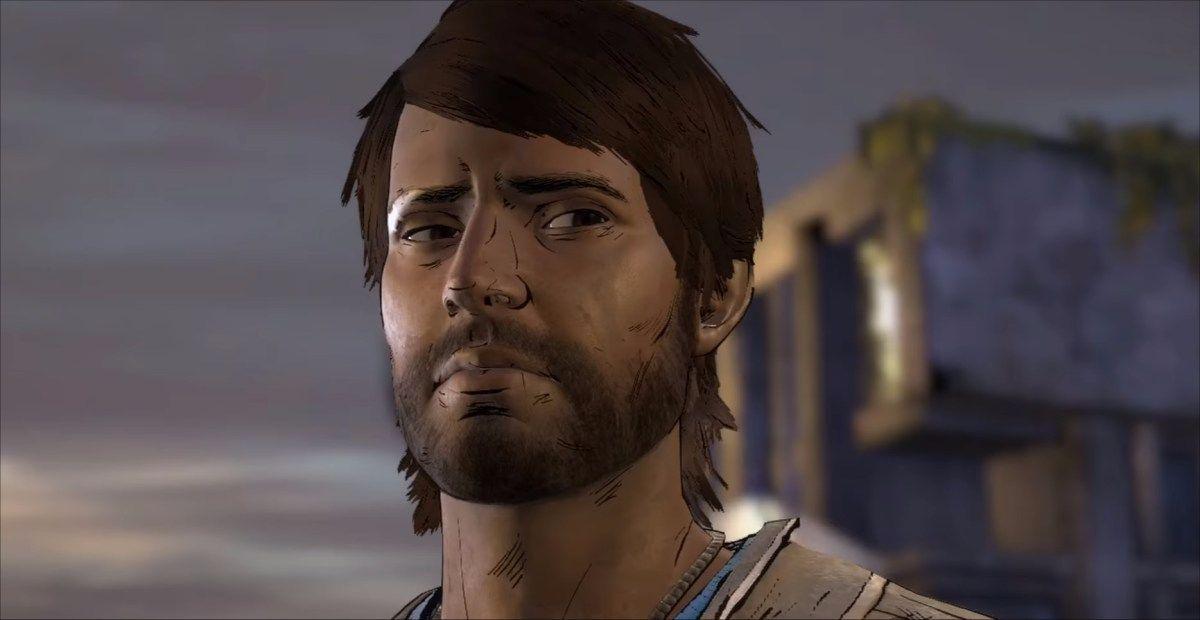 Speaking of which, the game gives you a choice that absolutely matters, and if you can’t tell by the image for this episode, it involves who lives, and who doesn’t. I made my choice based on who I thought mattered most, and I stick by it, but though I won’t spoil what happened because of it, I’ll admit it was a shock and a gutpunch of what I had to witness. That’s powerful storytelling.

Naturally, that brings us to Clementine. I’ll admit, her role here was a little less than past episodes, as her time in the spotlight was reserved to a few scenes and no flashbacks. That being said, she’s still pretty epic. And a scene that comes after the credits shows that her journey is far from over. I will say that the “haircut” scene that happens is very beautiful if you do the dialogue right. And I don’t care what Javi says, she looks cute with her new due.

On the topic of journies, it was interesting to see the “rundown” for not just the episode, but for the season. Seeing how the choices I made either saved or cost lives. I was amazed how many had died because of the actions I took, or didn’t take. And depending on how you decided to end the game, it can honestly be very hopeful. I’m not sure if Javi and the others will return, but I wouldn’t mind seeing them come back. Especially since they’re a part of this too in a way.

Now, let’s be clear, the game wasn’t perfect. An opening scene dealing with a soon-to-be zombie man was both stupid and hilarious at the same time because of the obvious logic flaws and the fact they were trying to play it seriously.Also, some scenes were a bit predictable, including the death of a character who barely survived last game. And yes, because of the focus on story, gameplay is virtually non-existent outside of button pushing.

Walking Dead: The New Frontier was a bold choice for Season 03, and though it admittedly stumbled at part, and the long release between some episodes hurt, “From The Gallows” really did end it on a good note.

PUBG And The Walking Dead Unite In Mobile Giveaway

There’s a special Walking Dead-themed event happening in PUBG, but you have to be playing the mobile version to take part. The main attraction is the ten iPhone 11 Pro Maxes the game is giving away throughout October, but you stand a better chance of winning the other prize —

Has Telltale Games Been Revived?

The answer to the question in the headline is “it depends on your definition of ‘revived’.” A company called LCG Entertainment has purchased the name and brand of Telltale, and is looking into buying back many of the former outlet’s output. So something that calls itself Telltale Games will exist,

Telltale’s The Walking Dead series has had a long and bumpy road to completion, but you’ll at last be able to slip the entire saga onto your shelf as one solid package. Or at least slip the digital copy into your hard drive folder, depending on your preference. Digital preorders

Telltale’s The Walking Dead series has had a long and bumpy road to completion. Its future was in question when its parent company collapsed, suspending development of all its signature point-and-click adventure stories. Some of them were removed from digital marketplaces, and it looked like The Walking Dead would share