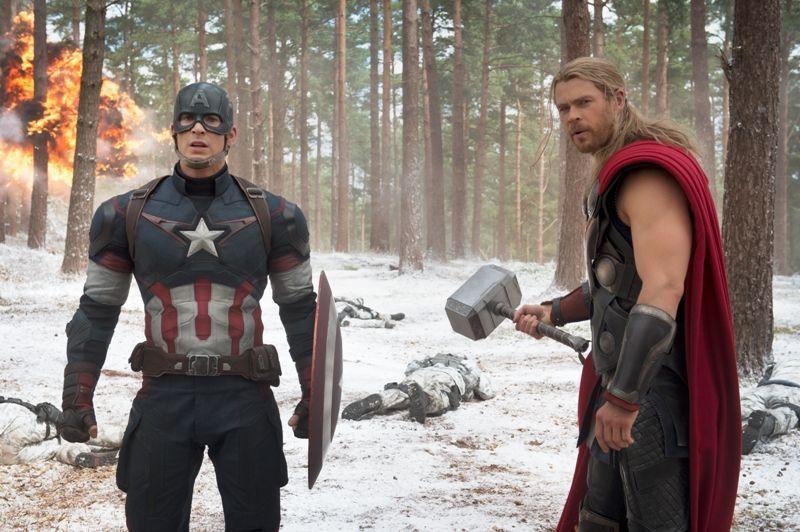 Get it while it’s hot because the new, action-paged trailer for Marvel’s Avengers: Age of Ultron is out now. The latest trailer is available in the player below.

The trailer features a lot more action shots, including some fun visuals of the Avengers in action together. There is one particularly impressive clip at about 1:08 of the trailer that has a slow motion action shot of all six Avengers (Hulk, Iron Man, Captain America, Thor, Black Widow and Hawkeye) in a wintry forest, springing into action together against some enemy soldiers. That looks to be one of the big highlight money shots of the film, much like the amazing 360 group shot of the team from the first movie.

The backstory for Ultron is also brought up in the trailer. Tony Stark reveals to his teammate and colleague Bruce Banner that he wanted to create a suit of armor to protect the world and essentially replace the Avengers. Instead, he created an artificial intelligence that wants to destroy it. Ultron is not your average killing robot. Despite his nihilism and contempt for humanity, there is something sad about him. He appears to have some human-like foibles. He says, “I was designed to save the world. People would look to the sky and see…hope. I’ll take that from them first.” Ultron may very well be evil, but he is still a product of his creators.

At one point in the trailer, Tony Stark brandishes Loki’s scepter, given to him by Thanos, from the first film. The scepter was briefly seen in an epilogue for Captain America: The Winter Soldier, where it was in possession of HYDRA and Baron Strucker. It would be speculation, but what if the scepter is the key to Ultron’s corruption? Of course there is also a teasing glimpse of the Vision, played by Paul Bettany, at the end. However, it seems the wait will be longer before Vision is revealed in his full glory.

Avengers: Age of Ultron finally arrives in theaters on March 1.