Trunks and Goten will be Teenagers in Dragon Ball Super: Super Hero

Trunks and Goten are now teenagers in the movie Dragon Ball Super: Super Hero. The last time we see them this grown was in GT which is not canon.

At the online event Dragon Ball Games Battle Hour 2022, the people behind the movie revealed some clips from the film. This will be the first CGI Dragon Ball film but it maintains the hand-drawn  Anime aesthetics thanks to the cell-shaded art style they used. The two-day event is around 6 hours long so to save you from enduring that, here is the fresh footage that matters.

If you have the patience to watch a 6-hour Event, Here is the whole spectacle with no cuts.

Son Gohan will be the main character of this film. After getting the Battle Shounen girl treatment, Gohan won’t be behind the shadow of his more popular dad anymore. This Poster reveals the characters who will be involved in the film. 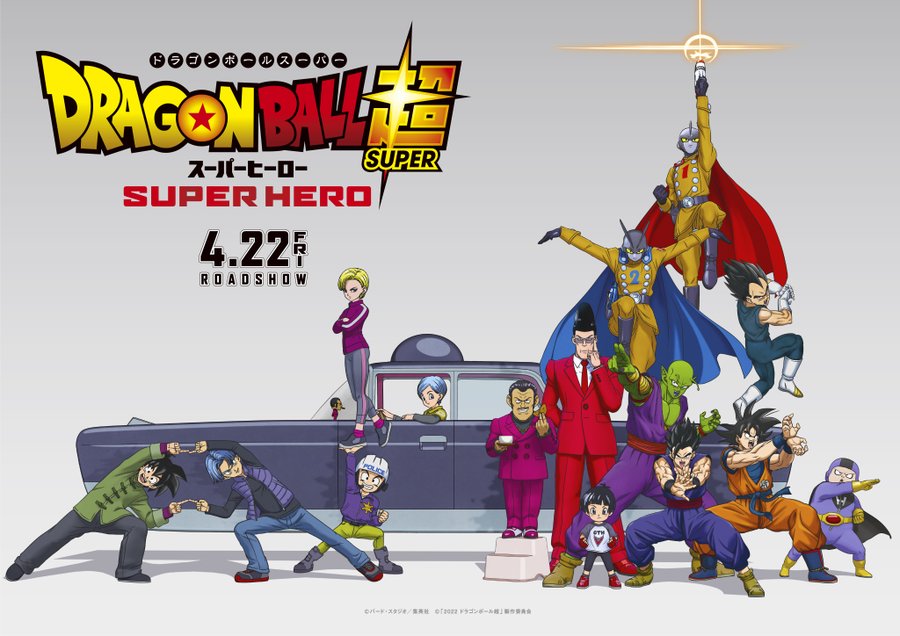 Trunks and Goten,  being older means this movie will be a time skip after the events of the Broly Film. Android 18 has a new haircut close to what she looks like in GT. Krillin is now working as a cop to provide for the needs of his family. Bulma may not be a fighter but she is involved because she is the greatest scientist in this series. She also has a history with the Red Ribbon Army.

Gamma 1 and 2 who are the marketed villains are posing next to Vegeta. Dr. Hedo is the Chunky short guy in a Superhero suit. He was an employee of Red Pharmaceuticals which is a front of the Red Ribbon Army.  Hedo was the creator of the Twin Androids Gamma 1 and 2. The New Red Ribbon Army is operated by Magenta and Carmine. Their names are the colors of their suits.

Goku and Vegeta are both going to be in the film too but the main focus will be Gohan, His daughter Pan and Piccolo.