Blacklava Entertainment has announced they’re bringing Grindhouse Entertainment’s Triptychon of Fear to Digial Versatile Disc this July. This isn’t your typical horror movie feature with a 90-minute plot structure. This is an anthology picture, featuring three chilling tales of terror:

Episode I:  Driven by financial problems, a drug addicted couple decides to commit a big crime, so that they can start a new life. Fleeing the scene of the crime, they end up in a wreck, only to discover their nightmare is just beginning.
Episode II: A man finds himself trapped in an old attic, the prisoner of a mysterious force. Desperate to find his way out while surrounded by ghostly apparitions, he begins to lose his mind.
Episode III: A young woman flees to her home, pursued by a mysterious stranger. Safe in her house, she wonders if she imagined the shape that followed her from the park. Settling into a bath, the true horror of her night awaits her.

And when the movie is done, the fright’s not over: Triptychon of Fear has over an hour of bonus features, including a making of featurette, outtakes, behind the scenes footage, El Gore’s never before released short film Salvation, the trailer, and a picture gallery.

Triptychon of Fear is coming July 13 wherever DVDs are sold! 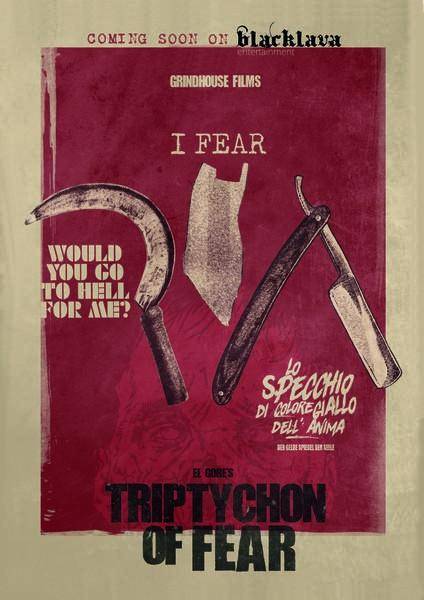