There have been a lot of Transformers movies by now, but if you ask a certain generation, there is only one that truly matters: the original. Released in 1986, Transformers: The Movie broke the hearts of millions of children with the sudden and abrupt offing of beloved main Autobot Optimus Prime, though that hasn’t prevented them as adults from returning to be re-traumatized over and over. Now you can witness the moment in every horrific detail as Fathom Events teams up with Hasbro to re-release Transformers: The Movie theatrically.

There’s a new threat to the galaxy: a massive, planet-sized Orson Welles Robot that consumes everything it comes across! With the OG out of commission, a new team of Autobots must be assembled to combat this terrifying threat, because the toy company needed some new products to sell. In addition to Welles, the movie also starred the voices of Judd Nelson (The Breakfast Club), Leonard Nimoy (Star Trek), Eric Idle (the Monty Python films), Robert Stack (The Untouchables), and of course Frank Welker and Peter Cullen.

“Fathom is thrilled to celebrate the 35th anniversary of the release of THE TRANSFORMERS: THE MOVIE in partnership with Hasbro. It’s exciting to give the fans of this cult classic an opportunity to see this film on the big screen, the way it was meant to be seen,” says Ray Nutt, CEO of Fathom. “We look forward to bringing families and fans back to the theaters for this milestone Transformers anniversary,” adds Adam Biehl from Hasbro. “With thanks to our Fathom partners, Autobots and Decepticons of all ages will be treated to a one-of-a-kind movie experience celebrating this beloved animated film.”

Transformers: The Movie rolls out nationwide on two nights: Sunday, September 26 at 12 PM and Tuesday, September 28 at 7 PM. Check your local schedule for the showing nearest you. 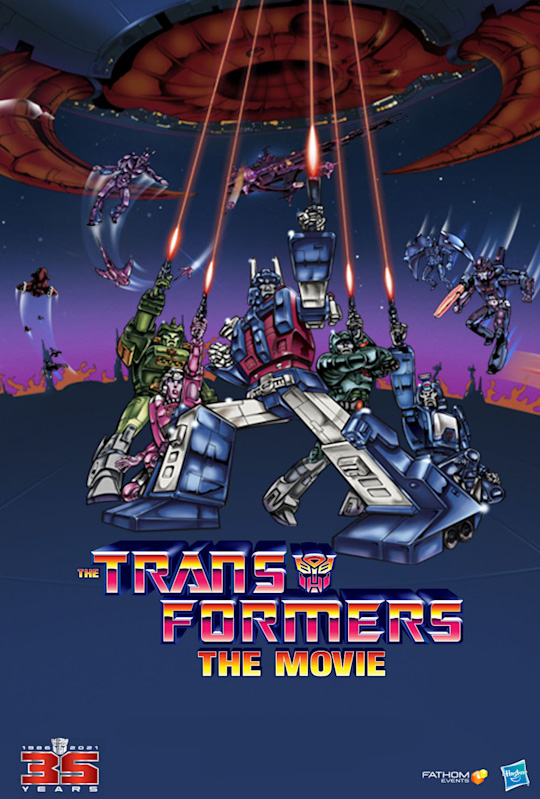 There’s A Way To Be Dead, And It’s On Steam Early Access Lamb, A24 is getting edgy again

Coraline Returns To Theaters For One Night Only