Like so many other independent titles that have come out over the past few years with the advent of the Xbox Live Arcade and Steam, Toy Odyssey: The Lost and Found has decided to harken back to the olden days. At least it has in terms of its style and gameplay, which take after the classic Metroidvania games from the SNES era, though the presentation has a much more modern look to help bring it up to date with modern audiences.

The game also seeks to answer one of the eternal questions of life – what happens when you leave toys alone to their own devices? This game puts forward a slightly different interpretation than the likes of Toy Story, which are far more upbeat and whimsical, with the plot of Toy Odyssey centering on the hero Brand. This action figure has come to life with the sole purpose of rescuing his owner and fellow toys, as well as discovering exactly what is going on in the house, from the childhood nightmares that have suddenly appeared.

Like many Metroidvania games, there is very little guidance when you get mission objectives. You will simply be told to go and find a particular toy or object and expected to make your own way through the world to complete the task. This opens up the experience to plenty of exploration, meaning that you have to find what you are looking for the old fashioned way, rather than simply being told where to go and how to do it. This combines well with the overall difficulty of the game, which has taken the Dark Souls approach towards the player, to create a rather unforgiving title. It provides the perfect experience for those who like to be challenged when playing games. However, it can also become frustrating, though it tends to balance on the fence between these two rather effectively throughout. 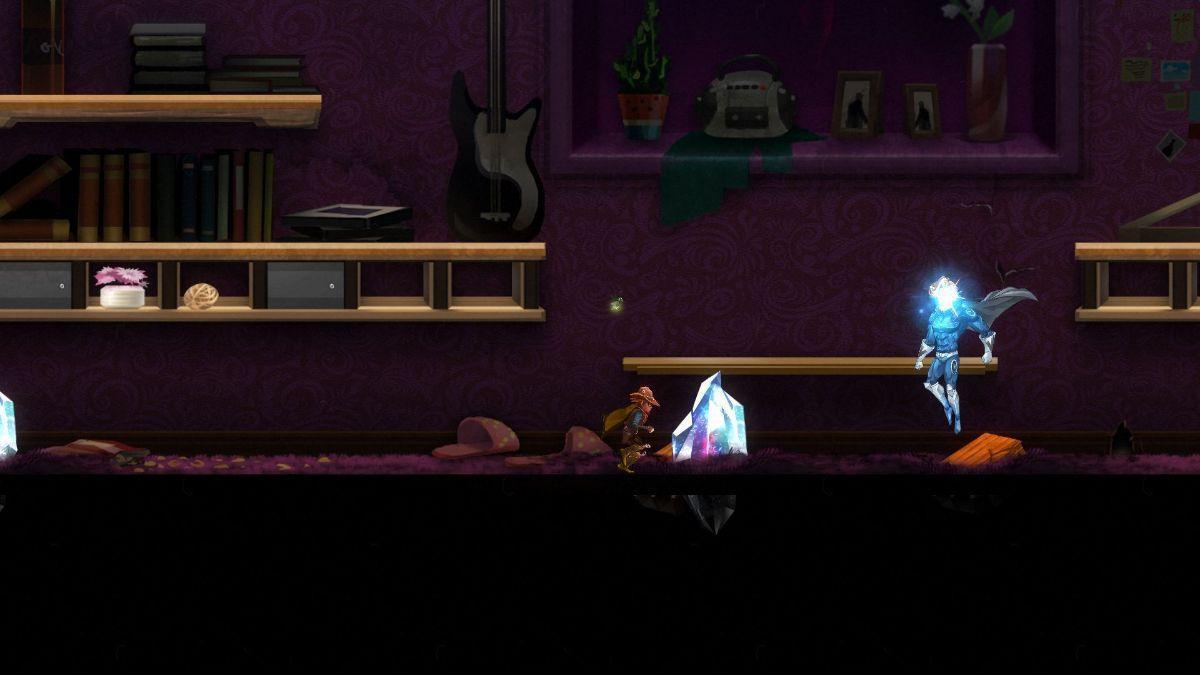 There’s also a comprehensive system in place to help you upgrade your arsenal of abilities and items. Blueprints can be found scattered throughout the various rooms of the house, giving even more incentive for searching every area carefully. There is also an in-game currency of bolts that can be used to buy things after you find the appropriate blueprint. From what I found, using the upgrade system is vitally important. Some of the later objectives and enemies would be near impossible to beat without them, so it makes sense to do as much as possible to collect bolts.

This is augmented by the ability to also turn your bedroom into something of a stronghold. Although it requires more materials than you might like to commit to something other than your own skills, doing so will bring a lot of useful benefits. Additionally, it is worth fighting the rats found in the house as you can then use their holes as a fast travel system to get around much more quickly.

One of the very interesting points about Toy Odyssey is the fact that the rooms constantly change every night so that they appear to have been randomly altered by some outside force. This not only introduces an element of roguelike into the game but also goes some way to explaining something that happens a lot in these types of games in a meaningful way. This also happens when you die, as you are sent back to the main bedroom to begin adventuring again. It also allows for plenty of variety and ensures nothing becomes too stale throughout the campaign. 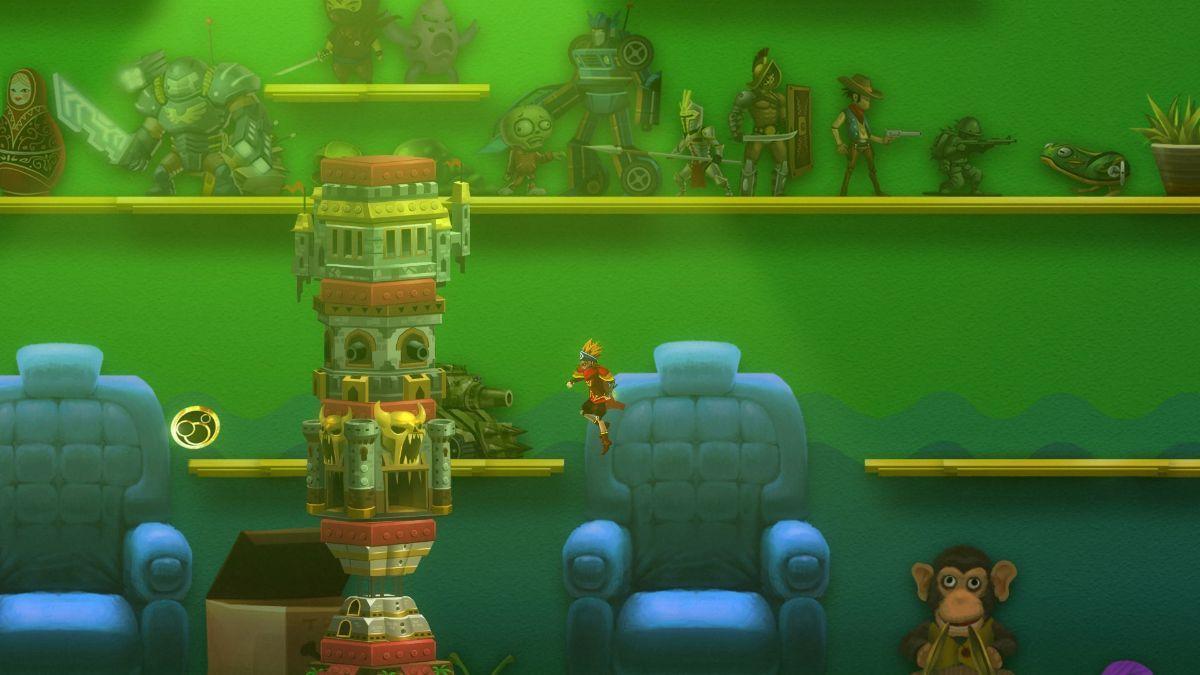 The story itself is rather basic. It is told through the gameplay itself, albeit there are a few voice-over parts to help explain important parts. If you want a deeper understanding of the plot, there is always the hidden diary pages. These flesh out the story significantly and provide a more emotional background than the actual plot. It is definitely worth keeping an eye out for them and reading them whenever possible.

Despite the lack of any real voice-over work, the sound quality of Toy Odyssey is still rather impressive. A subtle soundtrack keeps the action moving while reminding you of the setting in which you find yourself. The sound effects meanwhile are excellent. The variety of enemies and objects in the world, in combination with the diverse ways in which they are built, means that there was plenty of scope to include as many different effects as possible. The developers didn’t shy away from this and did a great job of bringing every single click, spring, and jolt, has its own unique sound. 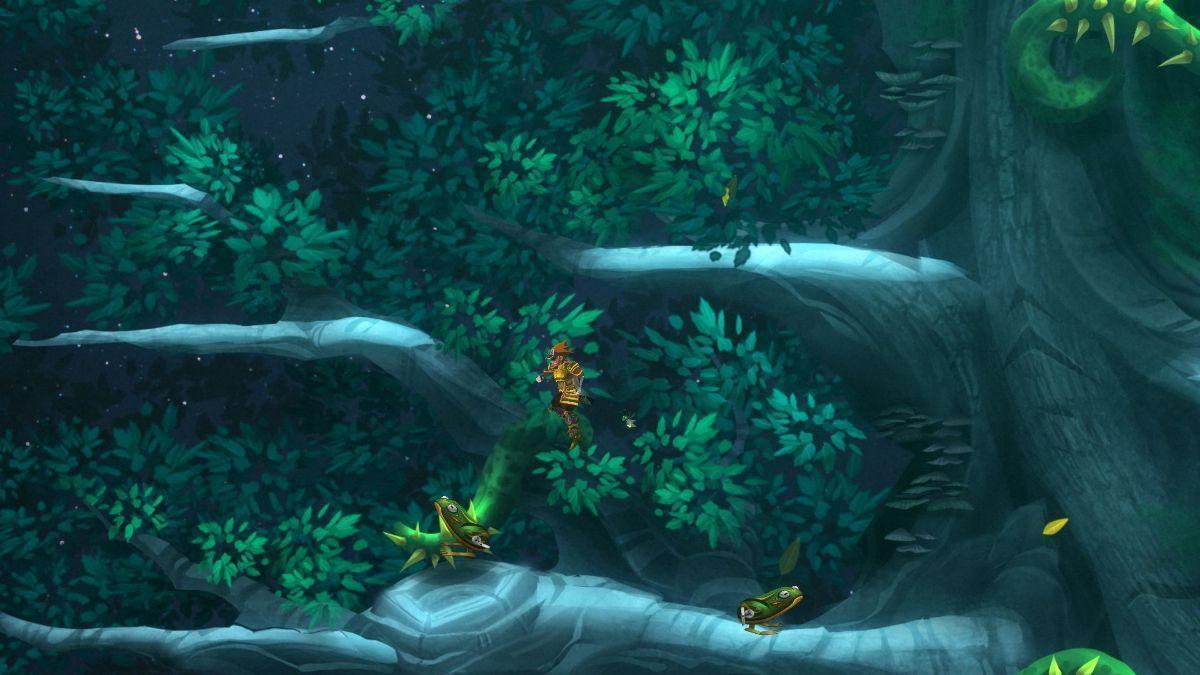 Ultimately, Toy Odyssey manages to tread the fine line between being a difficult and frustrating game yet remaining expansive and interesting. While some parts may seem entirely frustrating or feel like too much of a grind, the majority of the experience is satisfying. With the additional support provided by Hiker Games since launch, the game will also likely be further improved to remove some of the minor faults that prevent this from being a truly great title.

This review is based on a digital copy of the game provided by the publisher for review purposes. Toy Odyssey: The Lost and Found is now available across Xbox One, PC, and PlayStation 4 for $14.99.