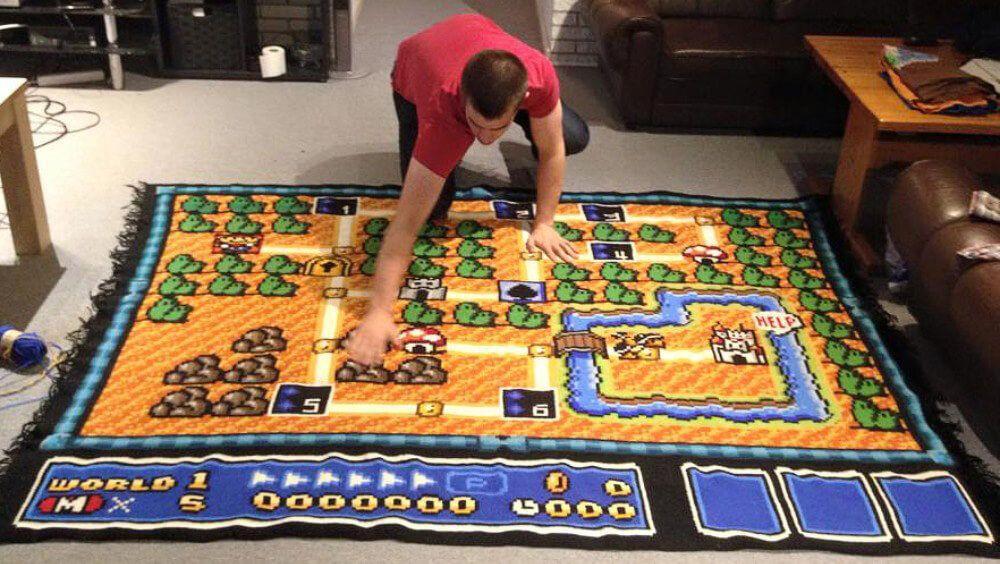 Kjetil Nordin is 31 years old. He lives in Denmark and has won the Norwegian Skydiving Team Championships twice. He’s completed two university degrees, and works as a computer programmer. There’s no task so big he won’t take it on. Even crocheting  — by hand — a pixel-perfect Super Mario 3 rug.

The Super Mario 3 project took him six years. Nordin claims to have spent 800 hours crocheting the thing and many more tracking down the exact shades of yarn color he needed. He was a perfectionist and would accept nothing less than a flawless creation: “When the water was half way finished I saw that I had chosen the wrong shade of blue. It was almost purple, and very ugly, so I had to undo all of it. That took an extra week.”

When he wasn’t skydiving, programming, earning yet another degree or working on the blanket, Nordin was crocheting other things: small yarn likenesses of characters from Nintendo, Angry Birds and Minions to give to his friends and family.

So after all that, what’s Nordin got planned now? “I have no idea,” he told the Norwegian website NRK, “but I’ve gotten some suggestions. I spent such a long time thinking before I chose this project, so I can’t rush it. I’ll have a break, and think for a while.”