There Are 1,262 Wii Games — And This Is What They All Look Like Together

Last fall the final title for the Nintendo Wii, Just Dance 2017, was released. Not many adults were interested, except for collector NintendoTwizer. He now owns every single game released for Wii — 1,262 in all. 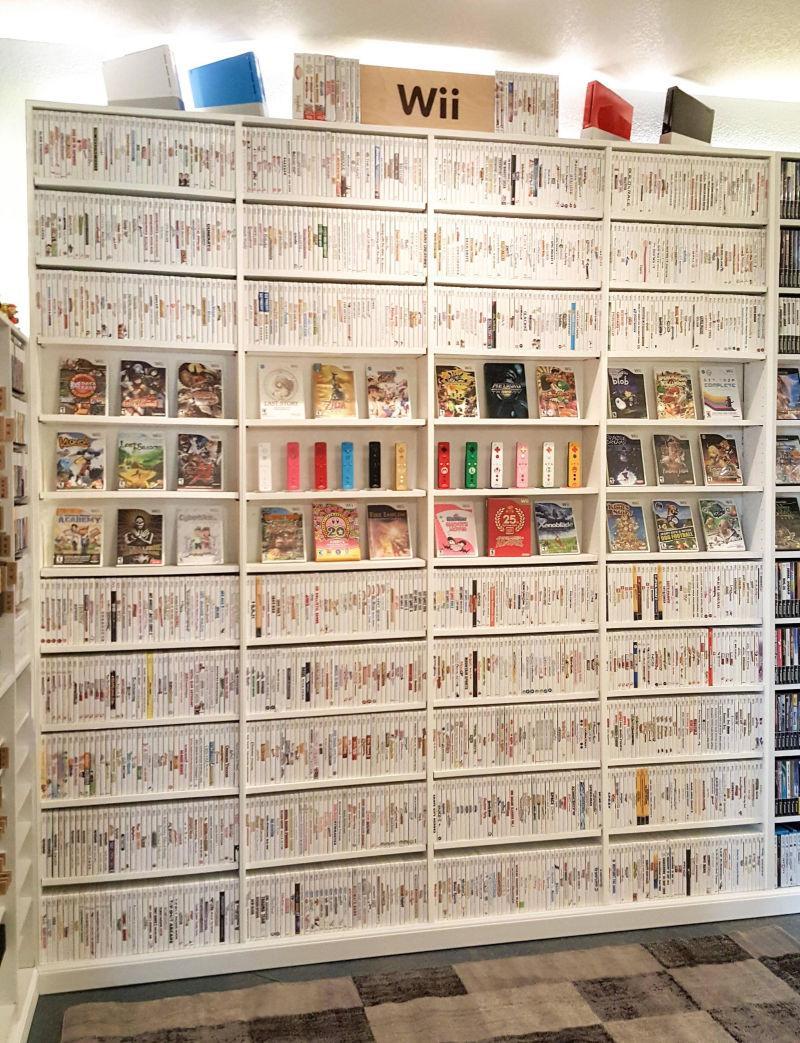 “The Wii is a fascinating system,” says Twizer. “It sold over 100 million units. It was an insane success for Nintendo. No other Nintendo home system including the original Nintendo could touch it in sales. Think about that. Everyone had one (including my grandma). For me, I felt it would be an interesting challenge.”

Yeah, but….if there was ever a library that emphasized quantity over quality, it would be this one, right? Twizer has heard the “shoverware” comment from many commenters and doesn’t care. “There’s a ton of great games and a ton of shovelware, but that’s cool. The crappy games tell an interesting story as well. I don’t know how many times I came across a random Wii game and said to myself… ‘what the hell, they made this for the system?’. That was part of the fun.”

Twizer also points out that the value of Wii games at the moment mirrors a pattern set by consoles of the past. During the first few years after a console leaves the market, its library costs the least amount of money to collect. Eventually, as the generation that grew up with the console grows older, the value of those games slowly increases..and finding every game becomes a harder effort. Nintendo consoles are prime examples of this — it’s happened to the NES, SNES and N64. The value of Gamecube games is rising as well, and that was a library most collectors scoffed at back when the PS2 was killing the market.

Twizer isn’t the only one. Another collector by the handle of KacyTron completed a collection of every Wii game last year, with similar motivations. He and his collection appeared on the web series “Metal Jesus Rocks,” and Twizer sought his advice when building his own collection.

Black Panther: New Synopsis and Production Kicks Off PAX Unplugged Is Exactly That