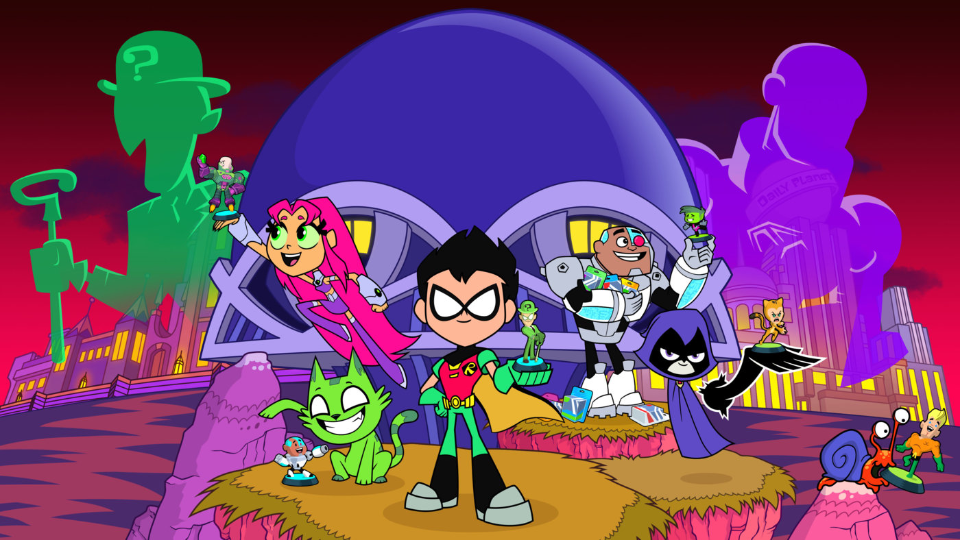 There’s no stopping them now….DC’s most fearsome supervillains have invaded the mobile game Teen Titans Go Figure! Lex Luthor, The Riddler and the other notorious members of the Legion of Doom have now arrived in Go Figure’s latest update. Our best hope of stopping them lies with the Titans, meaning we’re all doomed.

Teen Titans Go Figure introduced DC’s greatest heroes to the “Teeny Titans” collectible mobile game formula. It was only a matter of time before their foes arrived. But there’s more…..with the arrival of supervillains comes MULTIPLAYER! You can now use your collected figures to battle against other players, and earn new and rare figures through victories.

“Legion of Doom” will introduce a highly requested fan feature: multiplayer battles! Face off with friends and other players with new Teeny Titans figures – including Lex Luthor, Cheetah, The Riddler and more – to climb the ranks and earn exclusive figures. The update also lets you visit the Hall of Doom and adds brand-new tournaments, figure repaints and fun missions to keep your journey going for hours on end.