When Stan Lee left Marvel Comics in the 1970s, he started his own version of the Spider-Man continuity in the form of a newspaper comic strip. Lee was credited as writer, though the precise level of his creative contribution over the years is unknown. Beginning on January 3, 1977, the strip has now been going for 42 years….which begs the question, what’s going to happen to it now that Stan The Man is no longer with us?

We got our answer this weekend, in the form of a notice from King Features sent to all clients who print the Spider-Man strip:

Attention Spider-Man clients: You’ll be seeing some changes in your friendly neighborhood AMAZING SPIDER-MAN comic strip over the coming months. Starting on March 25, King Features and Marvel will be re-running some of Spider-Man’s greatest hits. We’ll be back soon with great new stories and art to explore even more corners of the Marvel Universe for you and your readers to enjoy. We’ll be announcing more about these new adventures in the very near future, so keep your Spidey senses tuned in!

Translation: the strip is being shut down. But it sounds like it will be relaunched soon, right? Maybe, maybe not…the blog Spider-Man Crawlspace reached out to the strip’s artists for answers, and found our neither of them have been told anything. Co-writer Roy Thomas said “I know nothing of any Spidey strip to come, only that the one Alex Saviuk and I (and until recently Larry Lieber) had been doing is kaput.” Artist Saviuk added. “It’s news to me.”

The statement from King is rather vague. It suggests the Spider-Man strip could be replaced by a more general Marvel Universe strip focused on the Avengers or something, but we feel it’s more likely the panels will stay in reruns. As promotional tools go, a new newspaper strip can’t be very high on the list of Marvel’s priorities. And while it used to be industry standard to find replacements and keep the funnies going, in recent years many decades-old strips have simply been cancelled or gone into repeats upon the death of their creators.

What makes this most tragic is that the strip was the last remaining source of Peter Parker’s relationship with Mary Jane in its untouched, unspoiled form. In 1987 Lee decided he was going to marry them off in his strip. The guys in charge of the comic said “Oh no you don’t, not before WE do!” and hastily threw together a reason for Spider-Man to get hitched. Somewhere in a dingy comic shop, a pimply-faced Joe Quesada — who apparently read the comic just for relationship drama — crumpled his copy of Spider-Man Annual #21 into a ball and vowed to take over the company someday.

Noe Quesada is gone, but the damage he did to one of comicdom’s most fascinating coupleships remains. Though newer writers have brought Pete and MJ into dating terms again, it will never truly be the same. The only place that Joe’s slimy tendrils couldn’t reach was the newspaper strip, where the couple remained married until its end. 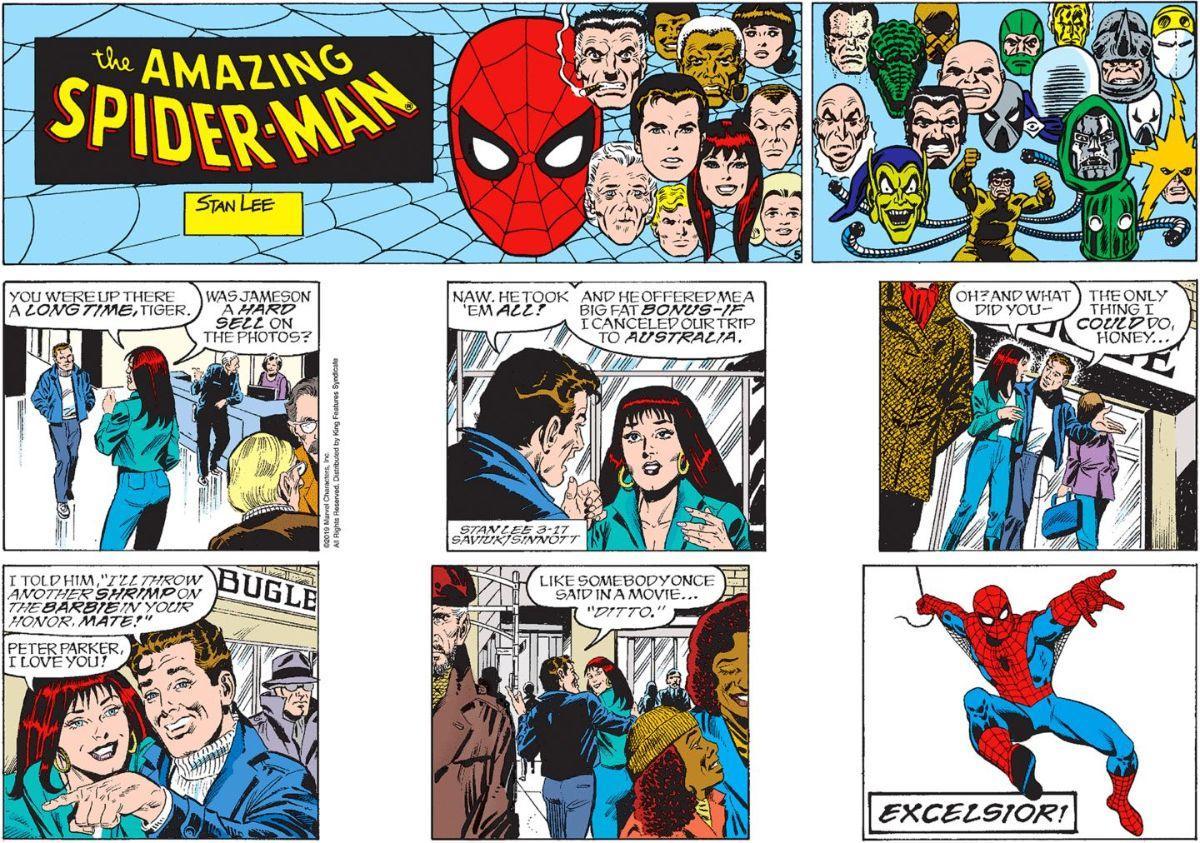 There are six more strips left unpublished, but today was the strip’s final Sunday, where it waved farewell to those clients that only bought the Sunday strips. Excelsior indeed. Thank you for keeping the fire burning, Stan, for as long as you could. 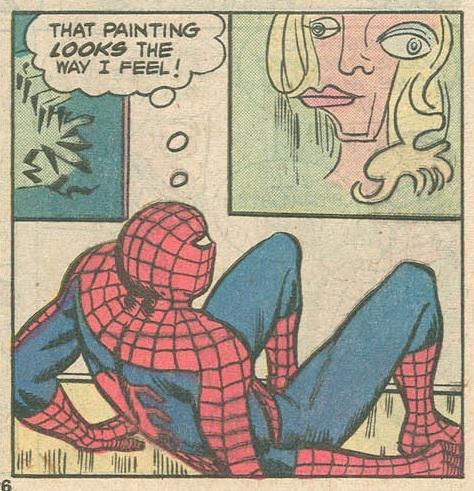