The Radiance Adventure Engine Converts Any Tabletop RPG Into Single-Player

Most tabletop RPGs are meant to be played by more than one person — someone’s gotta be in the GM driver’s seat, after all. This makes them useless when your buddies aren’t around. But Oddfish Games is working on a solution — an engine that promises to convert ANY multiplayer tabletop game into a single-player experience. Sound impossible? They’re making it happen.

It’s called the Radiance Adventure Engine and the crowdfunding campaign opens today. The RAE acts as its own GM, generating a random sequence of story events through a card deck. It uses a four-act narrative structure broken down into eight Adventure Stages. At each stage you draw Story and Detail cards to create the specific scenario, then decide what your character or characters should do next. The Radiance Adventure Engine can also be used in a multiplayer format, allowing the GM to quickly generate scenarios by drawing cards (or in their absence, someone else can draw ’em).

I should remind people that Oddfish is also the inventor of an RPG engine that allows players to involve their cats in a game. Sky’s the limit! 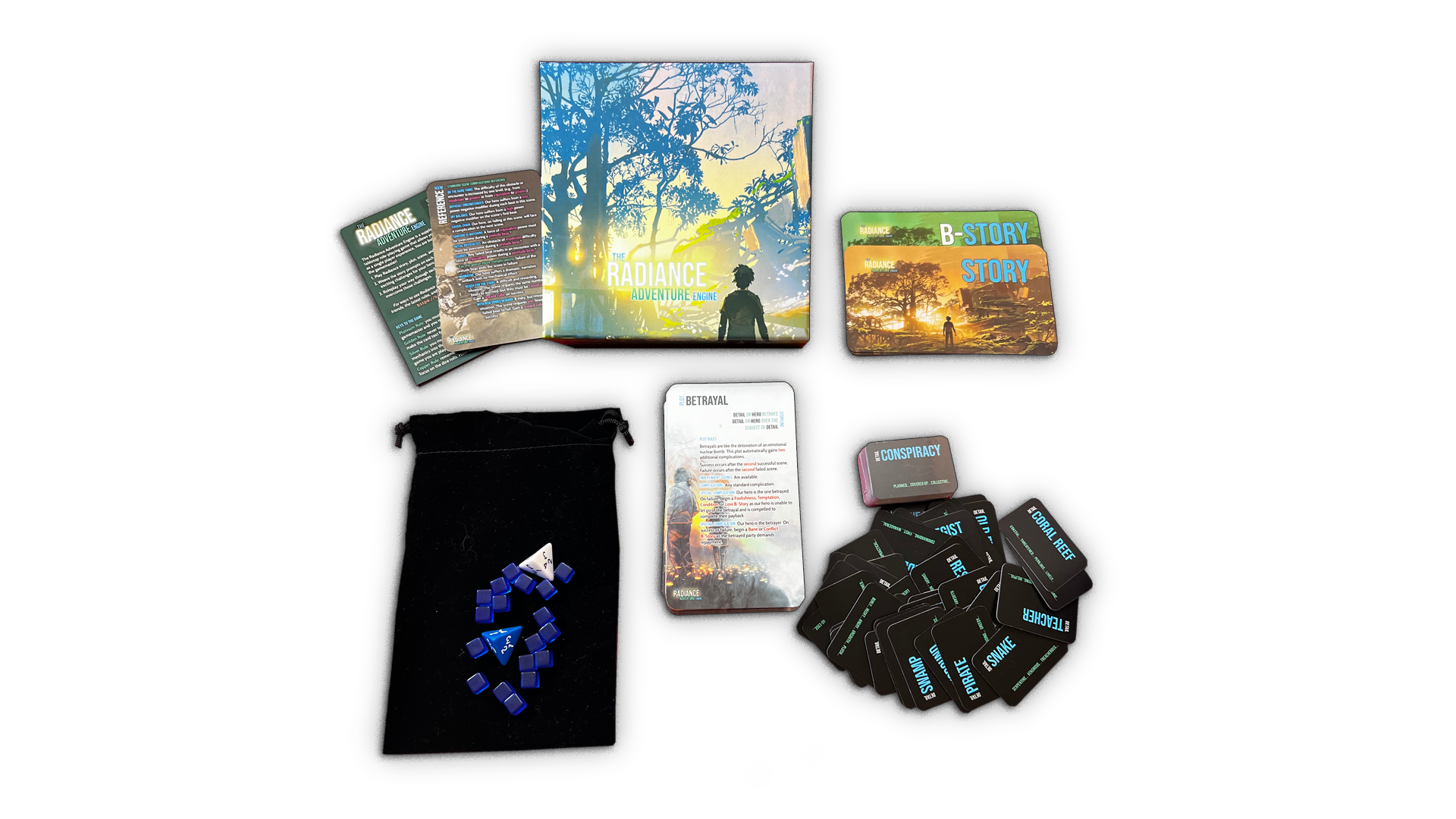 You can get your own copy of the Radiance Adventure Engine through a $50 pledge to the campaign. Pledge $80, and they’ll also give you a copy of How To RPG With Your Cat in case you missed it. Other additions at higher tiers include bonus RPGs from Modiphus 2d20 and Savage Worlds.

The campaign for the Radiance Adventure Engine will be open until October 12. The product should begin shipping next February. Visit the Radiance Kickstarter for more info.