The Power Of Grayskull Comes To Earth This September

Long ago on the distant planet of Eternia, a man named Prince Adam held his mystic sword in the air and yelled “BY THE POWER OF GRAYSKULL! I HAVE THE POWER!” The words transformed him into the superhero He-Man, and as a bonus turned his pathetic pet Cringer into the fearsome Battle Cat. He-Man’s goal: protect the secrets of Castle Grayskull from Skeletor, Master of Evil, and his henchmen.

What was in Castle Grayskull that needed protecting? No one knew. It was just enough backstory for a kid to come up with their own adventures, which was the point. He-Man started life as an action figure, and thanks to a Reagan-era rollback of children’s TV regulations, got his own cartoon series in 1983 to promote the toys. Both the toys and the show worked together to create a massive sensation, and as the lineup of He-Man’s friends and enemies expanded, it would only get sillier, from a guy who could extend his neck by yards to a man whose power was simply that he smelled (his name was “Stinkor”). 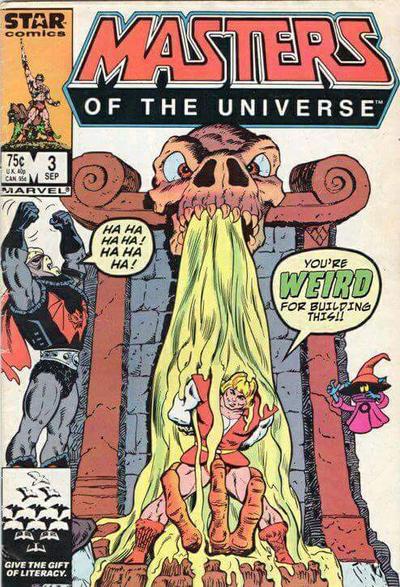 Now a new documentary exploring the He-Man phenomenon is about to be released. From Randall Lobb and Robert McCallum, the 95-minute feature The Power Of Grayskull goes in-depth into the history of the Masters of the Universe. Special guests include Dolph Lundgren, Frank Langella, Richard Edlund, J. Michael Straczynski and Alan Oppenheimer…those former two were the stars of the 1987 Masters of the Universe movie flop, which killed Cannon Films and may have sent the franchise itself into a death spiral.

Comebacks have been attempted in the years since, but He-Man has never been such a cultural force as he was back then. Netflix’s hit She-Ra cartoon is the closest anyone’s come, and He-Man is nowhere to be seen in it, despite that woman being his twin sister.

The Power Of Grayskull has the power once again when the documentary arrives on DVD and Digital September 3.

Yes, We ARE Getting The Genesis Mini 2