You can’t keep a Battle Wizard down, and that’s why Cryptozoic is preparing an unprecedented SIXTH tabletop product for them…and this time they’re giving it the subtitle ANNIHILAGEDDON 2 — XTREME NACHO LEGENDS.

Cryptozoic says this new game is intended to work as a stand-alone, but is also compatible with the previous Annihilageddon game (apparently not the others though). They’re promising “the action is even MORE intense, the carnage is MORE vicious, and the table-flipping anger is even MORE your stupid friends’ fault than ever before!” The Kickstarter page is up, but the campaign is not live. However, you can sign up to be notified when it is.

The most recent Epic Spell Wars game before this was Epic Spell Wars of the Battle Wizards: Hijinx at Hell High, a Harry Potter riff that played with all earlier releases in the Epic Spell Wars series. Two to six players could gather around the table and live a fantasy-enhanced version of one of the worst experiences life can offer. The biggest change the high school setting made to the mechanics of Epic Spell Wars was the Social Status Board. Based on age-old rules of high school cliques and hierarchy, each player is assigned a number on the Social Status from 8 (for Class President) to 1 (for Ultimate Loser). Your goal in the game is to climb up the board by any means necessary, natural or supernatural.

And now there’s more on the way. Cryptozoic will announce more about Epic Spell Wars Of The Battle Wizards: ANNIHILAGEDDON 2 — XTREME NACHO LEGENDS when the time is right. 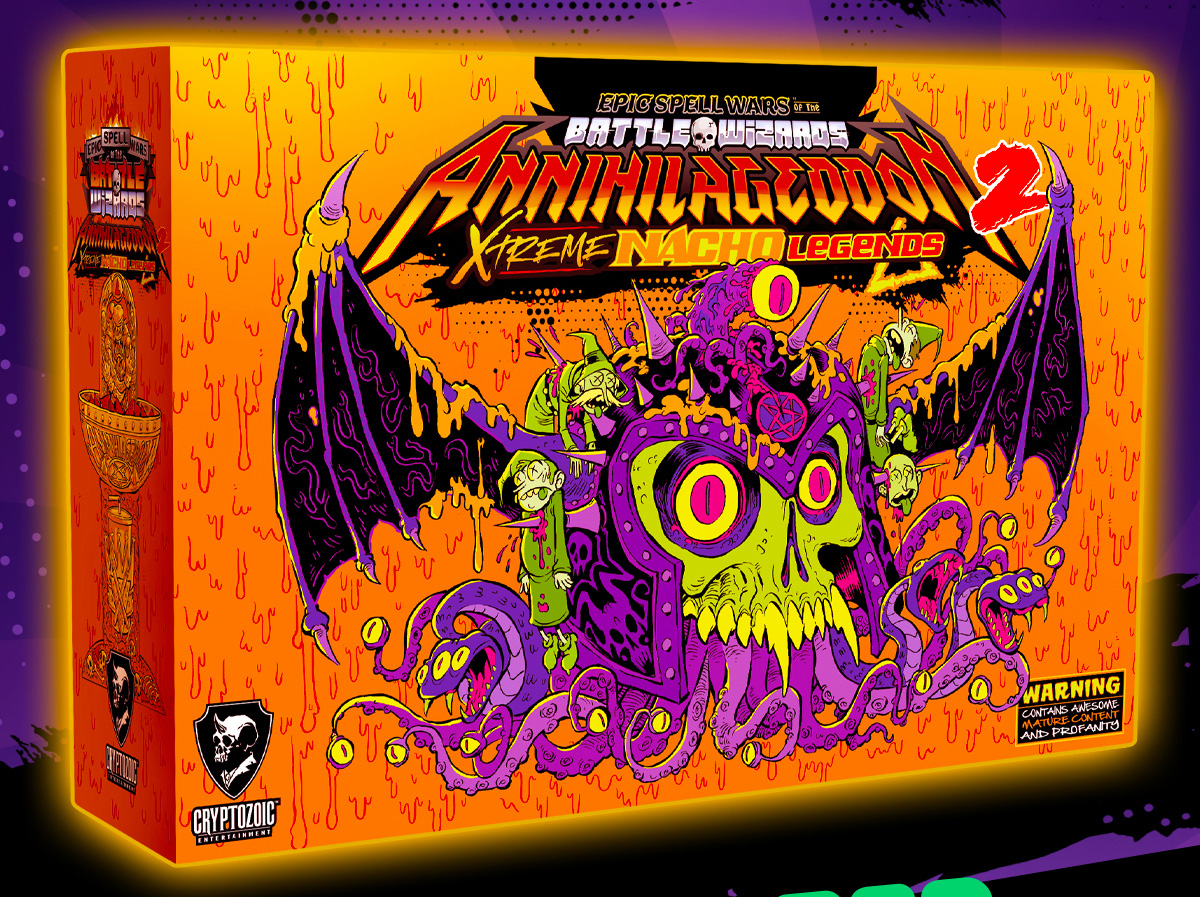