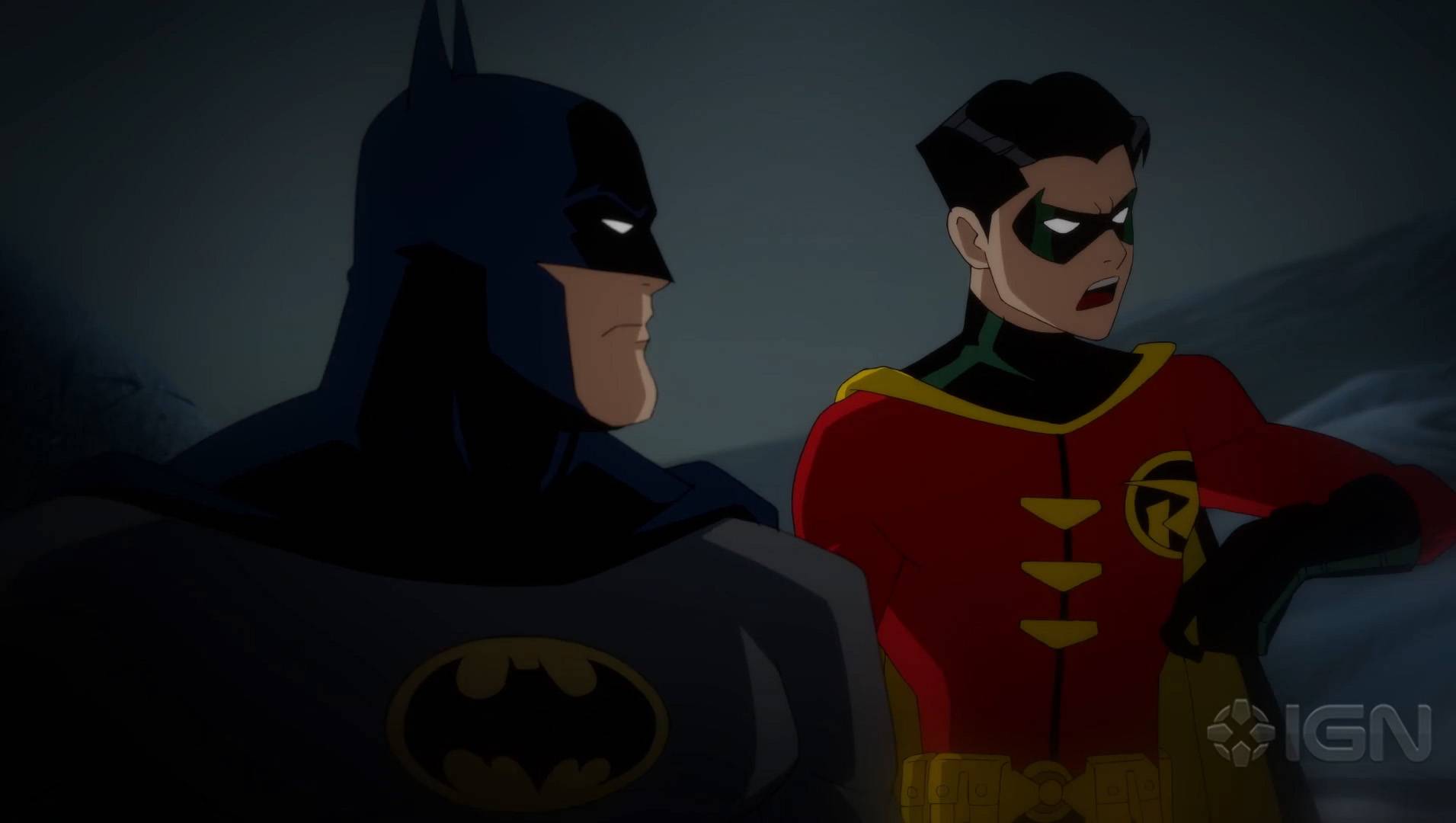 This reporter hasn’t seen every DC Universe animated direct-to-video movie, but of the handful he HAS watched, Batman: Under The Red Hood ranks near the top. Spectacular animation, amazing story, killer voice work….everything about it is top notch. With that established, the fact that IGN just broke news of a prequel movie (Batman: Death In The Family) is excellent news.

One of the wilder stunts DC pulled in the 1980s was to cliffhang an issue of Batman with Robin on the verge of death in the last panel, then print a 900 number for readers to vote on whether he really expired. The DVD movie will actually be recreating this by pausing the picture at that moment in the story, then letting you select with your remote the ending you prefer.

Not everything about this adaption will be faithful to the original comic, as various elements of the 1988 original have been retconned both by decades of Batman lore and by Under The Red Hood itself. Back in ’88 the readership voted to kill off Jason Todd by a slim margin, and though rumors persist to this day of ballot stuffing by entitled fanboys with auto-dialers, the “Jason dies” issue was the one printed.

Since this is comics, though, Todd didn’t stay in the ground for long. He’s popped up now and then, usually in a villainous role, like the Red Hood (which the aforementioned movie adapted already). Long story short, if you the viewer choose to kill Jason Todd, it doesn’t really matter since he obviously lives to star in that other movie. The actual Death In The Family is not canon.

Batman: Death In The Family will be hitting Blu-Ray and DVD later this fall. No word on how the voting mechanic will work in the digital streaming version.