The Long Dig is a short film that plays into a bigger world without leaving the viewer in the dark. The film acts as a live-action intro to the Aeronauts tabletop game universe. Written by Kate Hackett and director, Tom R. Pike, The Long Dig is a science-fiction fantasy adventure that delivers. 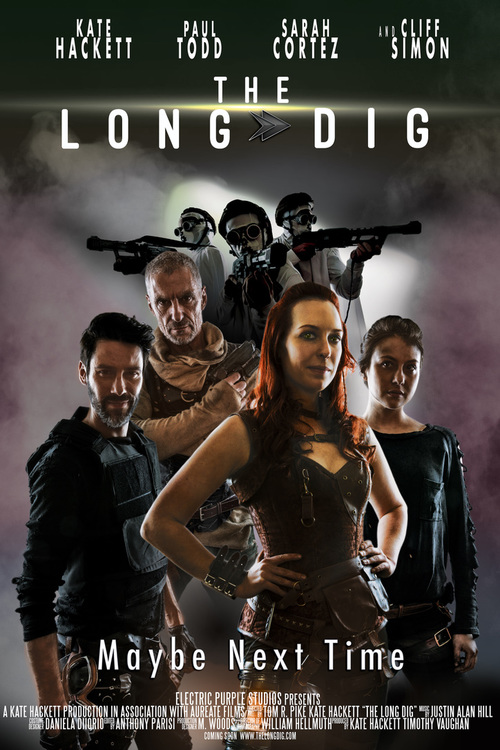 Not to be confused with the Amazon Prime original film The Aeronauts, this role-playing game from Electric Purple Studios takes place in a world covered not in white, fluffy clouds, but a mysterious purple mist filled with horrors. The Aeronauts are those who dare to rise above the purple haze, where a new world is emerging. Players determine whether they will take on the role of altruistic diplomats looking to unite the members of an emerging civilization or those who dwell below where survival is the name of the game. 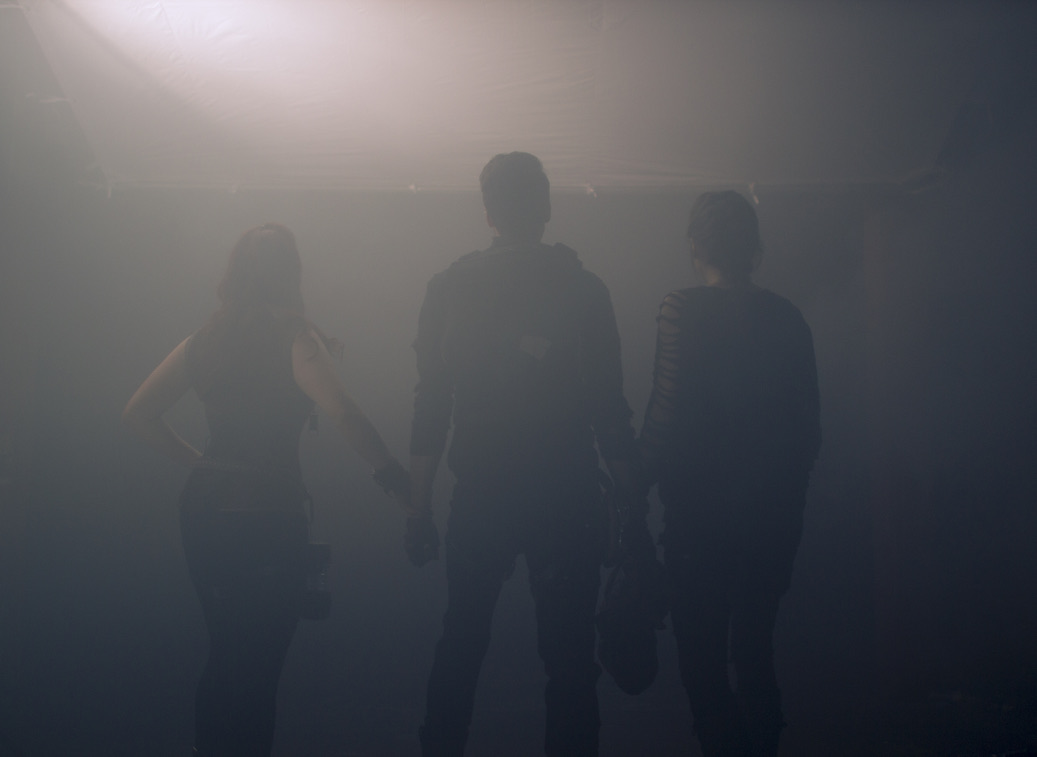 The Long Dig chooses to spend its 15-minute quest with a group of outcasts who escape the mist for a time by going underground to scavenge for supplies. The trio of survivors consists of Eve, who is played by Kate Hackett, Sarah Corte as Laren, and Seamus, as portrayed by Paul Todd. 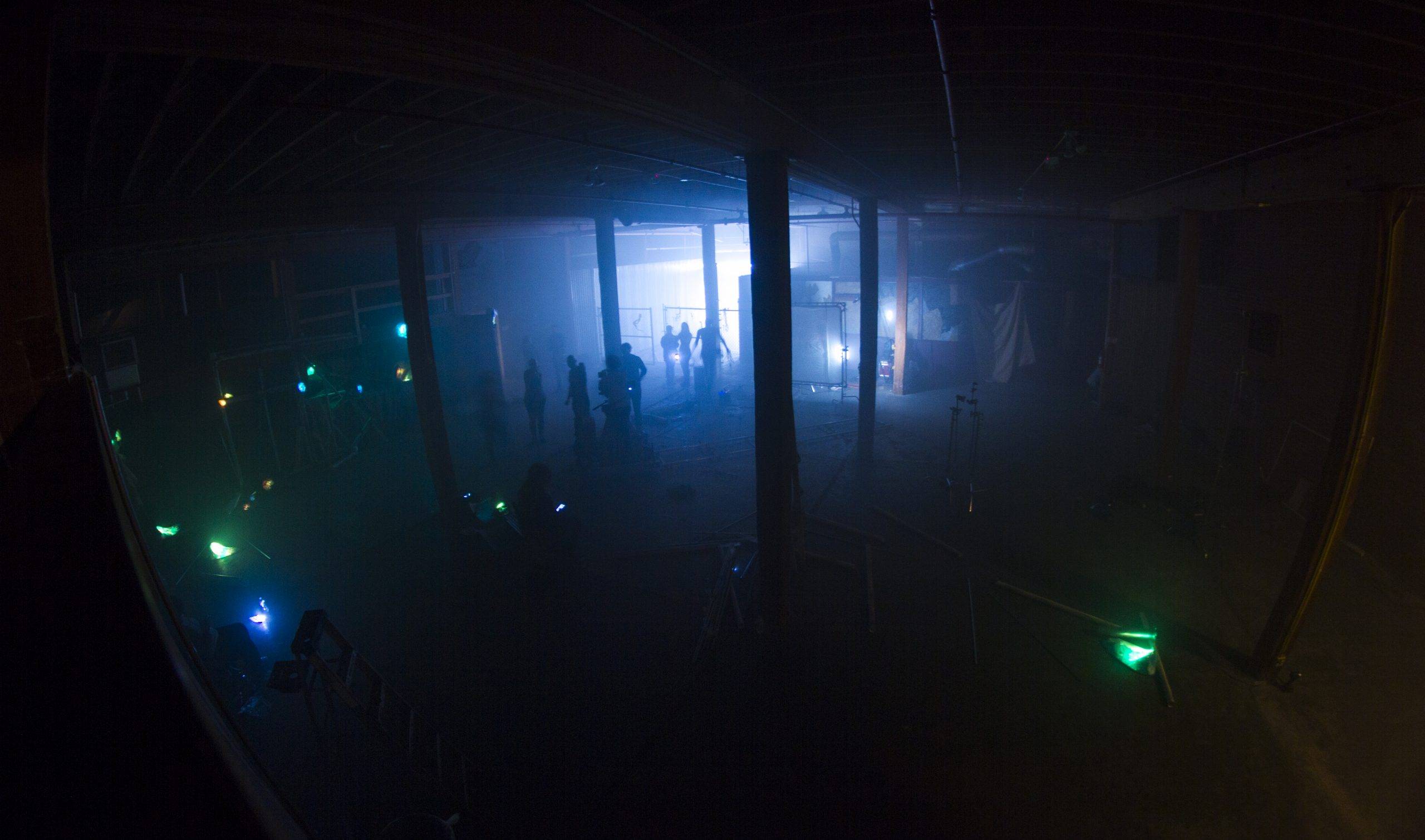 In this case, the darkness of the mist is the friend to the filmmakers, who can rely on dramatic lighting schemes in ominous black surroundings to make the most of minimalist sets for maximum atmosphere. The character of Eve can see through the pitch-black like a certain Vin Diesel character. She leads her comrades on the hunt for food. As played by Hackett, Eve is far from a confident leader.

As revealed in a flashback, the world of Aeronauts is inhabited by the “Abovegrounders” that were raised on the surface and learned to avoid the pitfalls of the violet fog and the ”Undergrounders” like Eve who know how to make their way around tunnels for survival. A third class of “Mist Born” who are apparently immune to adverse effects of this violent vapor appear to be the lower end of this social structure. 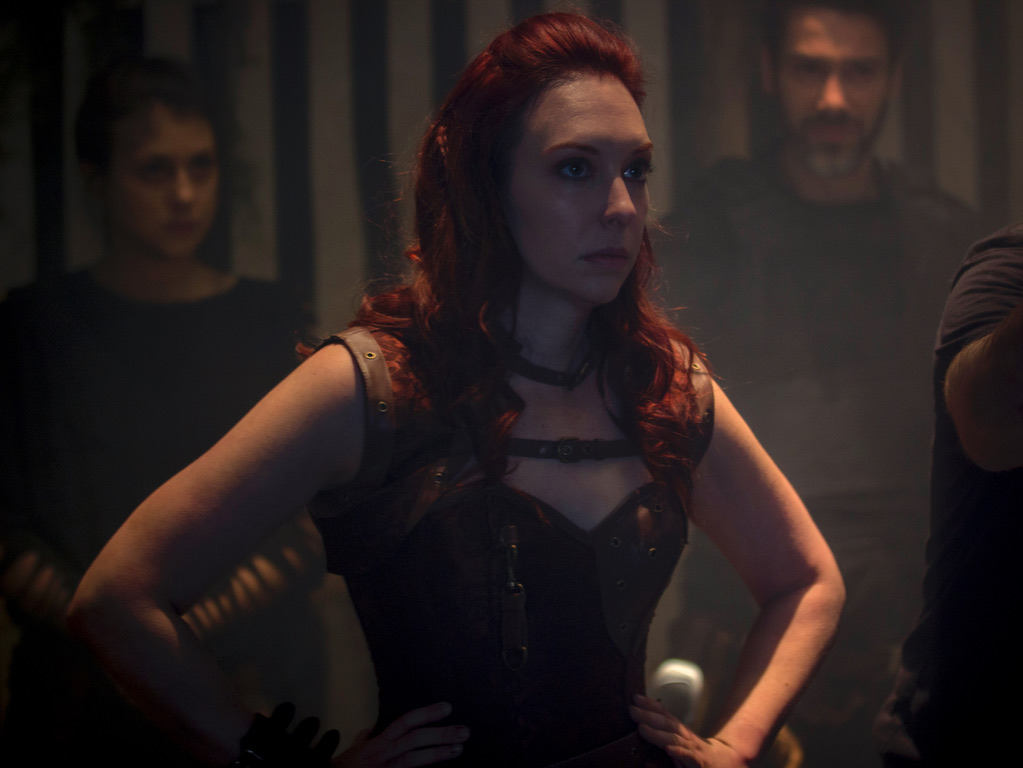 The film spends most of its time with these three adventurers wandering through the dark tunnels lit only by lanterns (and later gunfire). Plenty of exposition is dropped about this dangerous new world, and it never feels forced. This kind of deft world-building is important when the audience is dropped into the middle of a potentially disorienting set of established circumstances. 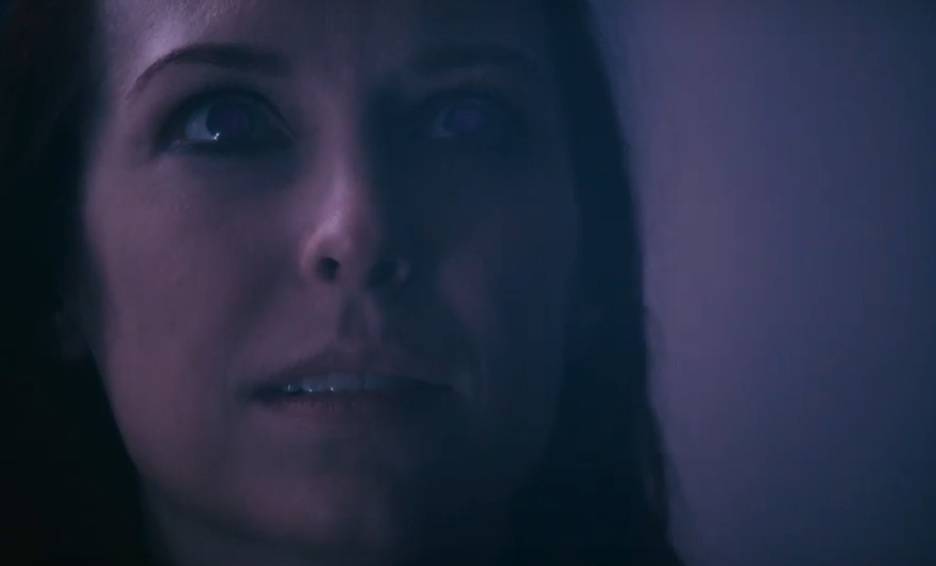 It’s impressive how engaging a few dropped lines about “a Remnant” and the possible threat posed by the mysterious being can cause the viewer to imagine what this name could mean. There are many unexplained parts of this universe, such as this that perfectly entice one to find out more in the official Aeronauts game. 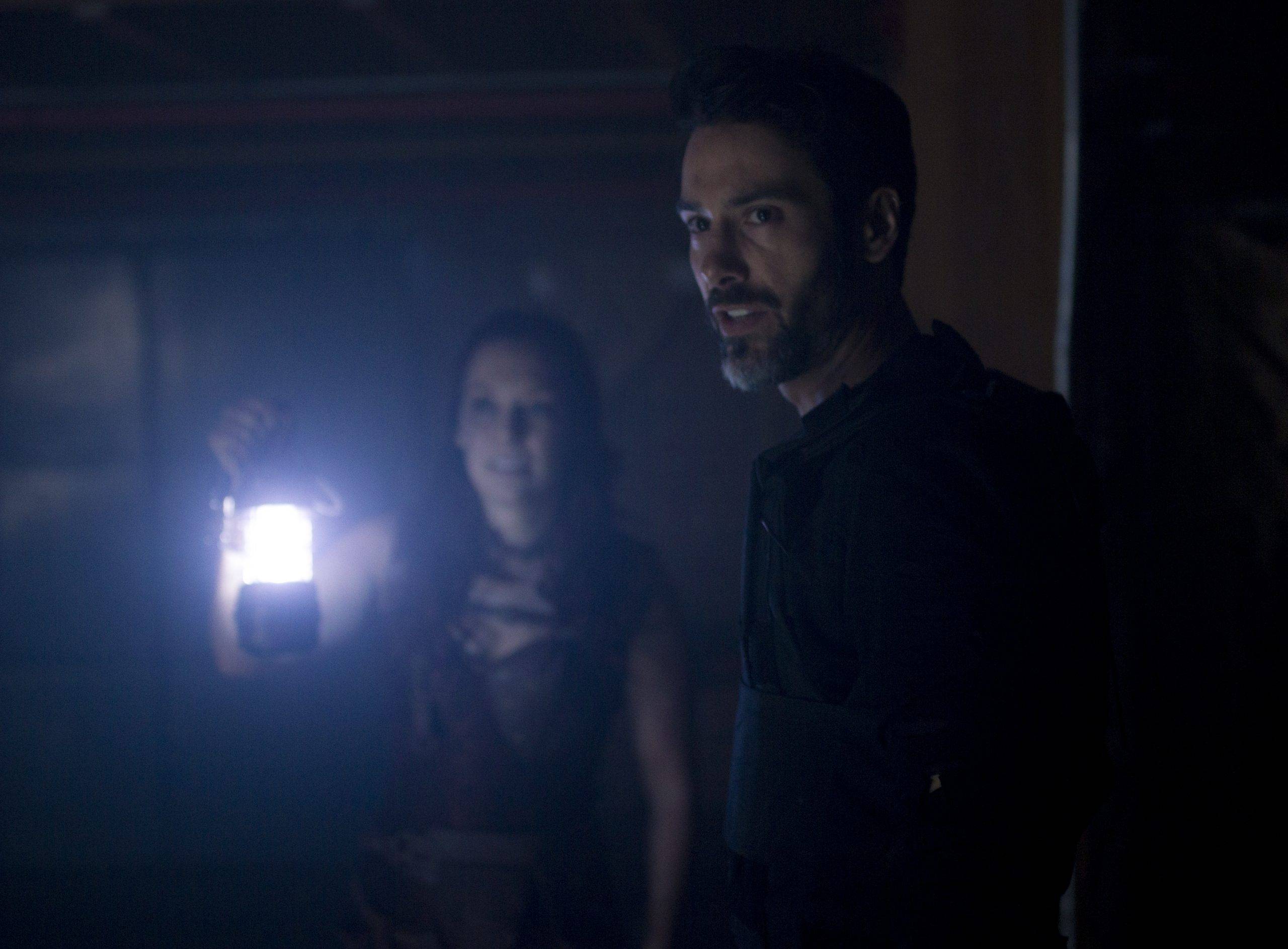 Despite the mystery inherent in this story, the goal of this group is clear. They wish to discover a mist-free zone rumored to be at the end of a tunnel.They have been exiled for having failed a mission. The only way to gain enough favor to return home is by securing a stockpile of supplies. This condition adds to the desperation of the crew. They struggle with their own feelings of failure and self-doubt. 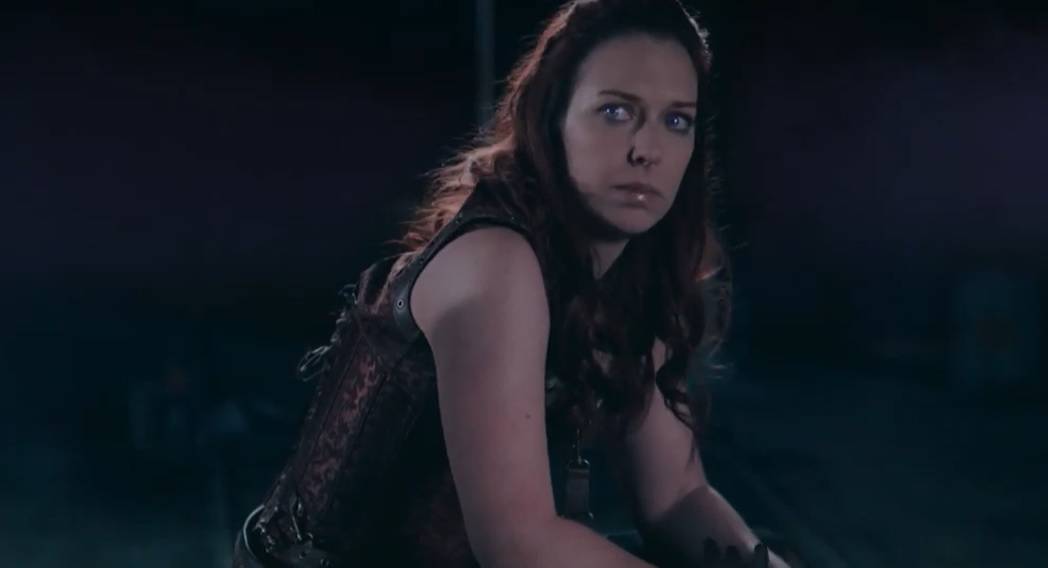 Hackett performs admirably in the lead role, looking like she would be very at home as a guest star on Joss Whedon’s Firefly or even helming her own 90’s syndicated action series. She’s neither the standard sci-fi sexpot nor the tough as nails Terminator type, instead imbuing Eve with an everyman quality whose determination is her defining characteristic. 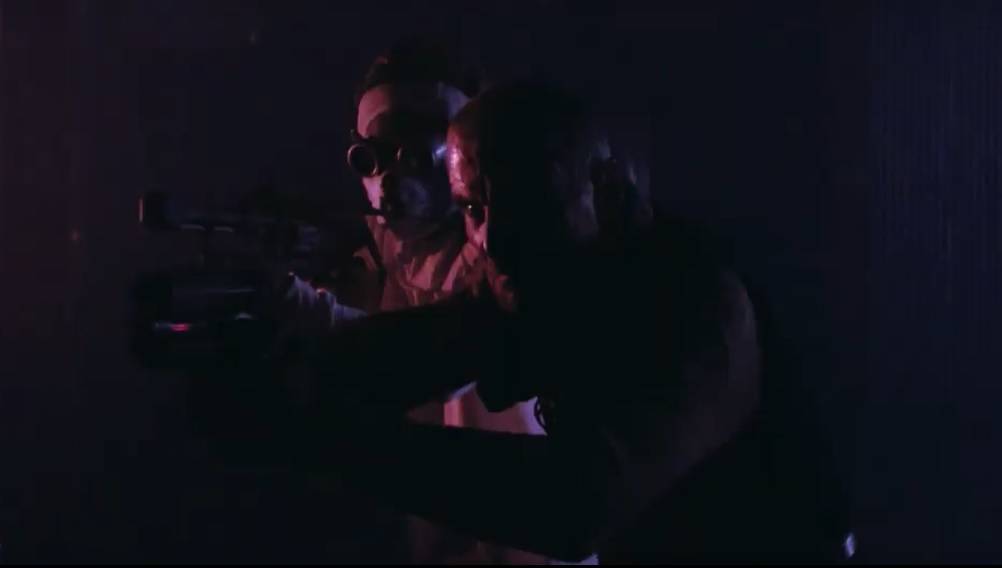 The journey reaches the climax when a rival group of well-armed opportunistic explorers show up to steal the bounty of our protagonists, as well as poach one of Eve’s crew members. In addition to the firefight that ensues, a deadly surprise monster is added to the mix and checks off one more box on the space adventure checklist.

Ultimately, The Long Dig is a very effective means by which to promote a game that will hopefully be enjoyed by fans of the genre. It also works as proof of concept for a continuing web series. There seems to be enough content to build off of so that an expanded universe of webcomics or animated shorts could be a nice compliment to the story already being told.

You can watch The Long Dig at this link and find the details of the Aeronauts tabletop game here. If you’re looking for an exciting new science fiction fantasy universe to jump on board with, this will certainly hit the mark.