The Invisible Man Appears On Blu-Ray May 26

How can you tell if the guy you’re getting involved with is a psychopathic, controlling megalomaniac? When he names his dog “Zeus.” Sadly, protagonist Cece ignored this warning sign, and now she’s trapped. One night she makes a bold break for it, dashing and dodging through his fortress of a house, and manages to successfully escape….or so she thinks. Bad news: he owns an invisibility suit!

And over the next few weeks, he uses it mainly to gaslight, torture and torment poor Cece. But this villain is not just blindly stabbing at his ex in a dumb rage…he’s a calculating mastermind who seems to have a contingency plan and backup for everything. Even though Cece eventually gets a policeman on her side, she’s going to need sharp skills to come out ahead in this battle of wits. 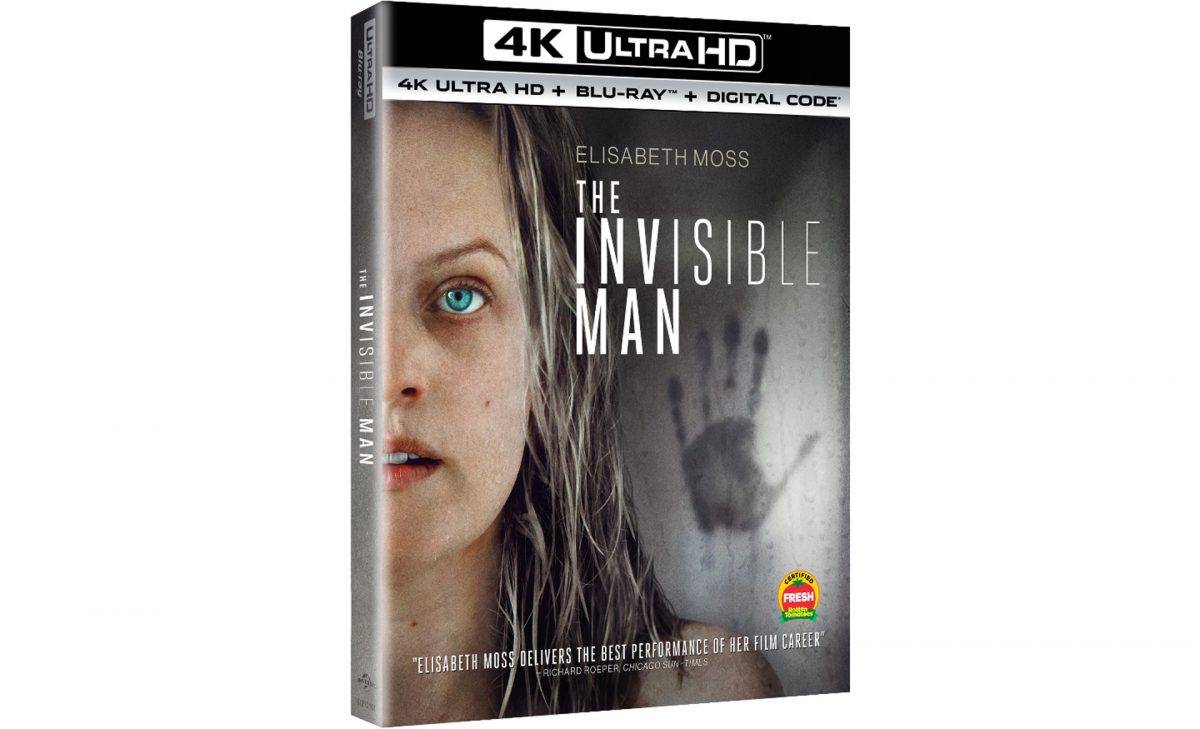 The Invisible Man came out last February and was an immediate hit with critics, but unfortunately moviegoers would have their own invisible enemy to worry about in the coming weeks, and its theater stay was cut short. The movie was put up for on-demand rental a few weeks ago, but you’ll get the chance to own it outright very soon.

Digital copies of The Invisible Man will be out May 12, but you’ll want to consider waiting a couple weeks for the physical disc version, as it comes packed with tantalizing features:

Check out The Invisible Man May 26 when it hits home video formats.