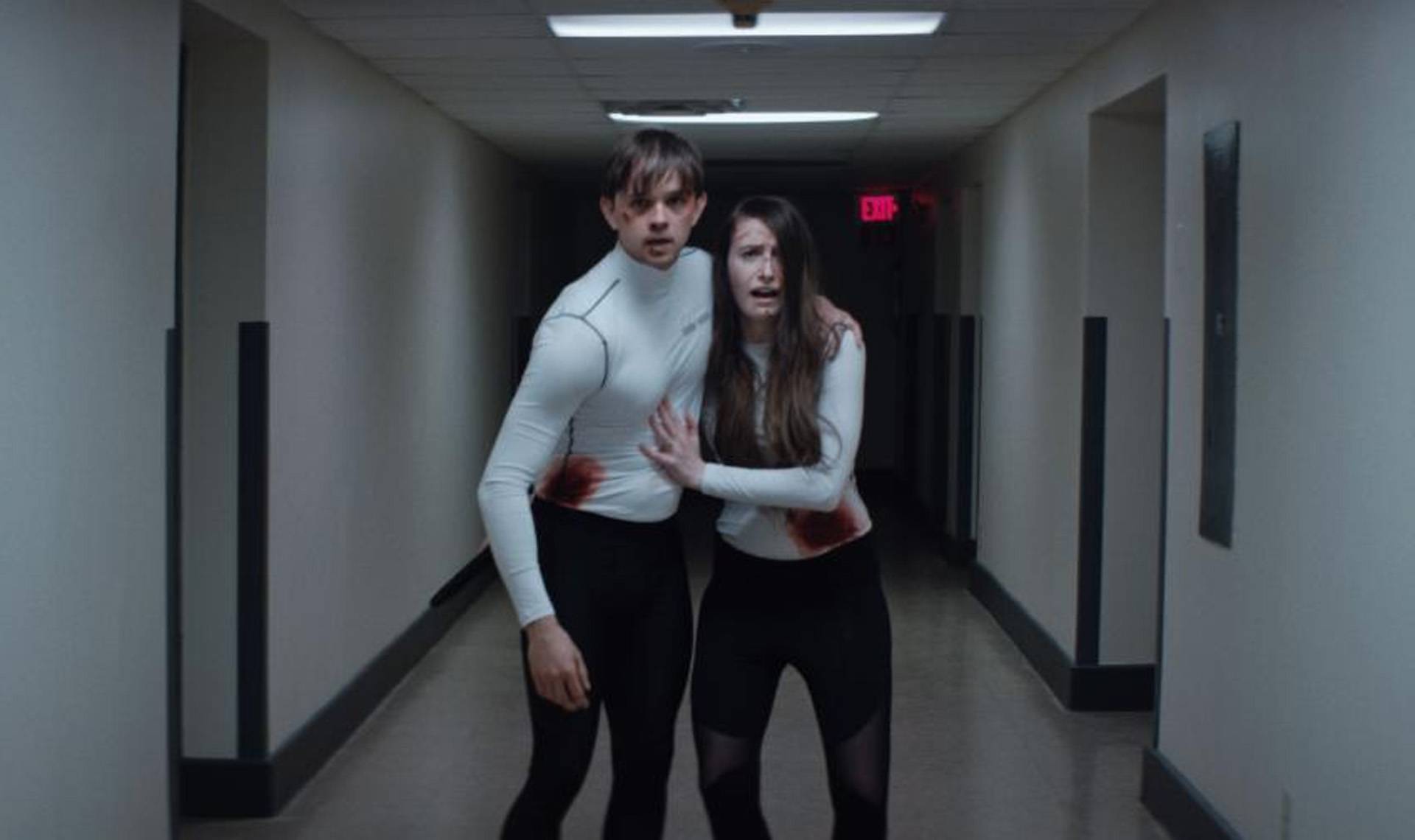 Dark Sky Films is putting out their new sci-fi horror film The Honeymoon Phase in two days. The film will be released simultaneously on digital VOD platforms and in virtual theaters around the country.

Tom and Eve are newlyweds who have each other, but not much else. One day they find out some organization called “The Millennium Project” is offering $50,000 to any couple who would be willing to seal themselves inside a high-tech smart home for one month, with no contact but each other. Hey, why not?

They’re dressed in space suit wear, locked in the house and left to their own devices…at least at first. What they don’t know is that this experiment is meant to study why couples fall out of love. The house starts messing with their heads, especially Eve’s…she begins to question her own sanity and if she truly knows her husband. Was this all worth $50,000?

The Honeymoon Phase stars Jim Schubin (Boardwalk Empire), Chloe Carroll, Tara Westwood (The Grudge 2020) and Francois Chau (Lost, The Expanse). It was written and Directed by Phillip G. Carroll Jr, and it will be out August 21 in select theaters and VOD.

Down on their luck and needing some quick cash, struggling young lovers Tom and Eve lie about their relationship in order to enter THE MILLENNIUM PROJECT, an experiment for married couples run by the mysterious Director and Handler. A paranoid sci-fi thriller about the nature of trust in relationships, The Honeymoon Phase is as much classic Twilight Zone as contemporary Black Mirror, and an all-too-terrifying answer to the question, “How well can you ever really know someone?”

The Invisible Man Appears On Blu-Ray May 26