The Game of Death: Bruce Lee’s vision vs. What we end up having part 1

Bruce Lee directed and Wrote the filmed footages of Game of Death.

The Game of Death is the final movie of Bruce Lee because he died before he gets to finish filming. His original Script and vision are nothing like what ends up in the theaters. Nothing can more influential than this movie because of its influence to pop culture. This film is influential on the videogame format of boss fights. Many fans opposed the “Enter the dragon” remake. Fans think it’s an untouchable classic. Even if Quentin Tarantino is hating on Lee. It is obvious his KB character, The Bride is clad in Bruce’s iconic yellow jumpsuit. Game of Death is the only Bruce Lee Film that needs a remake. This final version is not his vision.

What did we end up having?

11 minutes and 7 seconds of filmed footage along with stock footages from older movies stretched out for a 100-minute movie. They used multiple Bruce Lee look-alikes to play him. so they can have new footages to work around with the existing footage. The production hired a Hollywood director to make a new plot version that is far from Dragon’s original vision.

The film is about an action star named Billy Lo. He tried to fake his death to take revenge on the syndicate who tried assassinating him and kidnapping his fiancee. He will climb multiple levels of a Red Pepper restaurant to beat the guards that protect the Gang that has been racketing him. The main villains never even encountered Bruce Lee. All their scenes are with the body doubles. It is also a very exploitative film for showing Bruce Lee’s actual funeral. 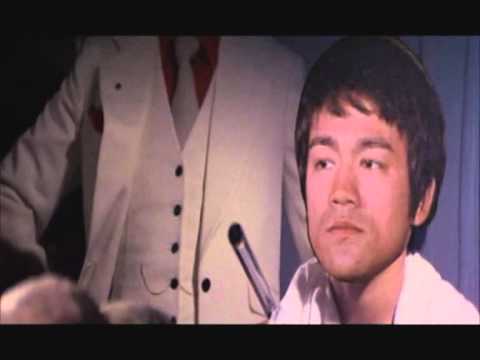 So what is Bruce Lee’s original script that he authored?

The Game of Death, Bruce Lee’s vision vs. What we end up having part 2

Quentin Tarantino is still Unapologetic of his portrayal of Bruce Lee