The Final Fantasy Trading Card Game is Coming Like A Meteor

Did you ever wonder why there isn’t a Final Fantasy trading card game, given its iconic popularity and how well the characters and designs would fit into such a product? It took a while, but it’s finally happening: Square announced a US version of their Final Fantasy TCG will be published soon.

Mechanics of gameplay are typical of the TCG genre — through a combination of attacks and defense moves printed on the cards, the goal is to make your opponent lose seven points or run out of cards, whichever comes first. It would’ve been interesting (and not that hard) to make the card game work exactly like a battle in the video game series. 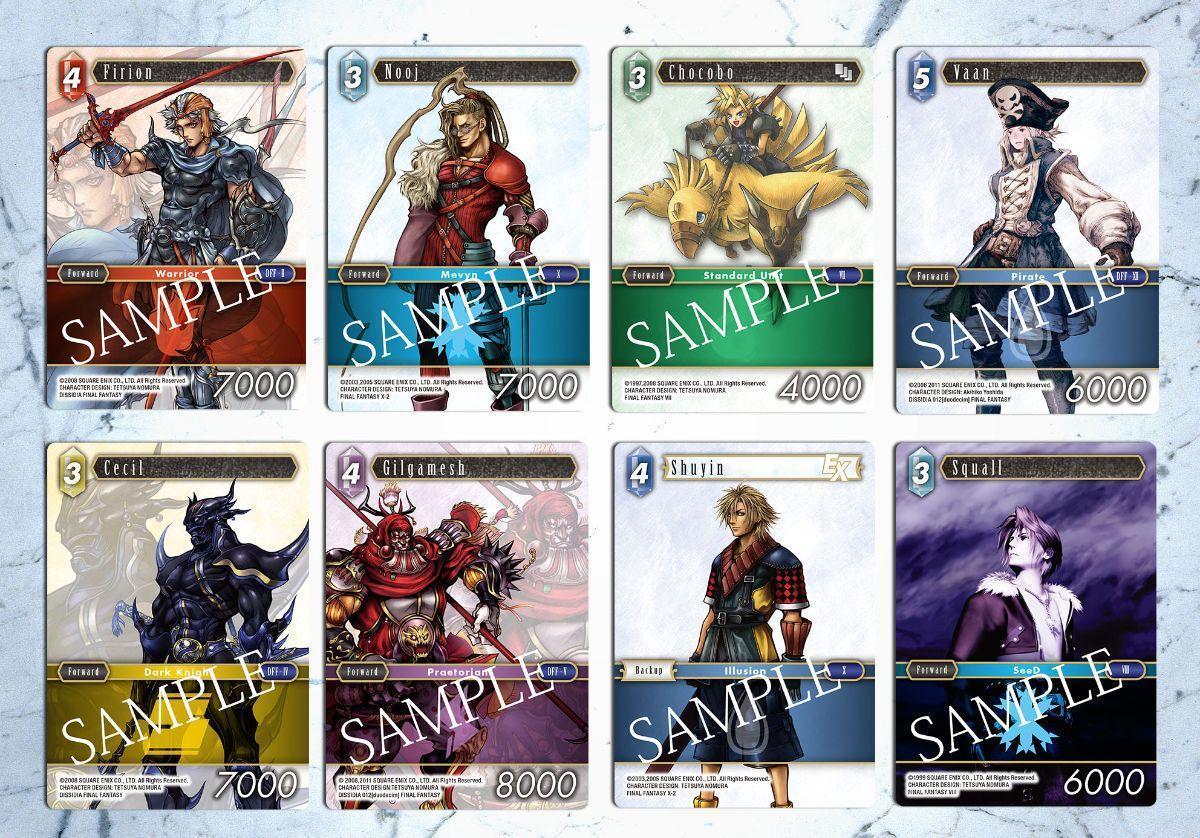 Of course there are just those who will collect the cards for the sake of having them. Square is promising characters will be represented from the entire series’ 30 year history, and the first wave will consist of 216 cards.

The FINAL FANTASY Trading Card Game (“FFTCG”) is the result of a close collaboration between Hobby Japan and Square Enix. Designed by former trading card game champion Taro Kageyama, the game received high praise for its blend of strategy, luck and fast-paced gameplay making it very versatile and appealing to all kinds of audiences.

The first set, entitled “Opus 1”, will feature 216 cards with iconic designs from highly acclaimed artists including Tetsuya Nomura, Yoshitaka Amano and Akihiko Yoshida, covering nearly 30 years of FINAL FANTASY. New cards themed after FINAL FANTASY VII REMAKE™, DISSIDIA®, and WORLD OF FINAL FANTASY™ will also make their debut in Opus 1.Each card in Opus 1 will also have  a premium “foil” version, making this set a must have for all the collectors out there.

Opus 1, the first set from the FINAL FANTASY TRADING CARD GAME, will be available in major hobby stores on October 28, 2016. More information on the cards is available at https://www.fftradingcardgame.com/