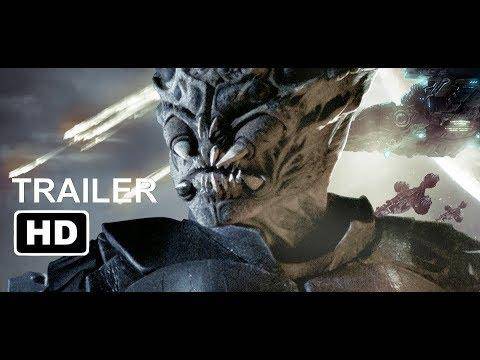 The spin this movie puts on the formula is that we are the visitors on the hunter’s planet, not the other way around. In the year 2245, five astronauts have been hired to travel to a distant world Their mission; collect stardust, which fuels the sun…or something. Little do they know they’re being watched…and preyed upon. But not by the Predator! This is the Dawnseeker.

The Dawnseeker stars Franziska Schissler, Alexander Kane, Jason Skeen and Khu, and was written and directed by Justin Price. You’ll be able to find it on-demand starting September 4. It will look like this…

2245, the Earth’s sun has dwindled and no longer provides the energy needed to sustain human life. Five hired mercenaries travel to an uncharted planet to collect a rare mineral known as stardust to replenish the dying star. After their spaceship crashes on the alien planet, they are stalked and hunted by a creature far more advanced than anything they have ever encountered before.

Introducing Succubus — The Spinoff Of Agony

There Could Be A Sandlot TV Series

This Is Our Home Comes December 3 To DVD