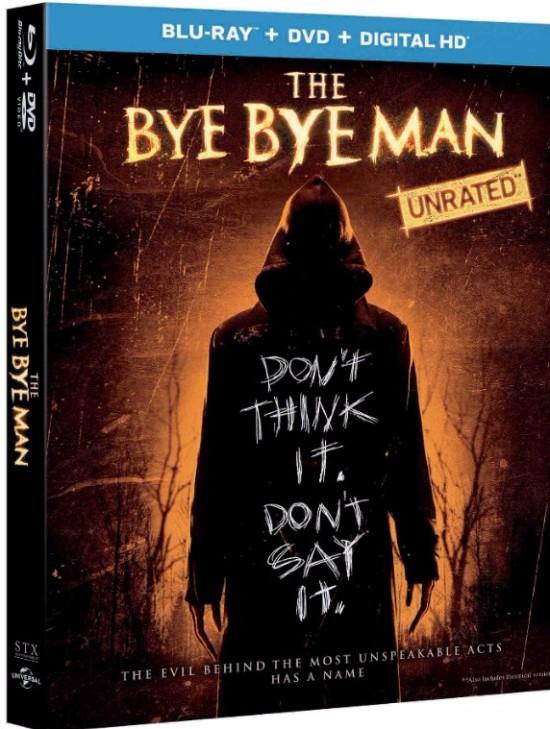 There’s an evil boogeyman out there, and he can control your mind if you think of him! Which is a problem, because his name is so stupid that you can’t possibly NOT think of it! He’s the Bye Bye Man, and he’s coming to possess your home video player this April: digital on April 11, and discs on April 25.

Universal sent us this press release detailing what’s in here. No special features, apparently, but the home release is unrated, so you’ll at least get one or two scenes that are new. The Bye Bye Man didn’t get much respect when it came out last January, mostly due to bearing the most unscary name we’ve seen for a horror flick in a long time. Reviews and post-release buzz also weren’t flattering. But someone out there must want it….

Bunnyman Vengeance: Nothing Will Stop Him!