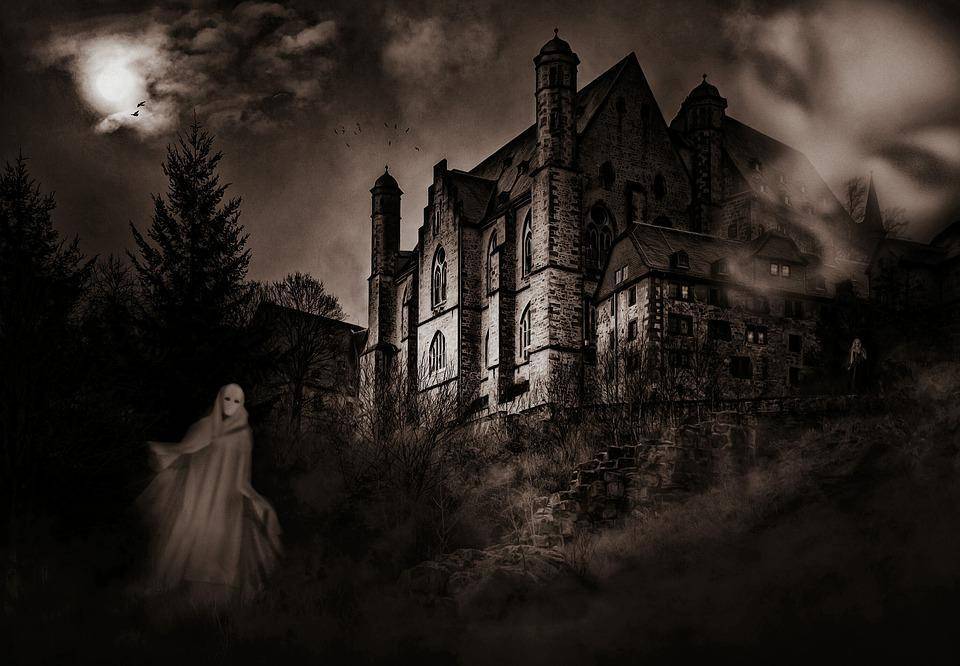 Benvolio Gallipoli, exiled from the Feywild, chronicles his mist-adventures in the land of Barovia in this new D&D blog series.

The Ballad of Benvolio Gallipoli – Session 3 – Tieflings and Ghosts

This is Hell.  This house, this strange place.  At least, as I climbed the stairs to the attic of this bizarre house there were no windows.  No windows to show me the mist that is hell-bent on torturing me. The mist that has filled my mind with rage-filled visions of my family, and the Lycan who butchered them.  Luckily for my emotions, halfway up these hidden stairs, I spotted a body. The body of a Tiefling. He was breathing, as Xerox touched him he sprang up and opened his eyes. His eyes were glowing, and he seemed to be blind and deaf.  Out of thin air, a small Imp appeared in between us, waving its arms around begging us not to kill him. The Imp blinked out, and the Tiefling regained his senses. His name was Nightshade. He had been stranded in this house for days. The Imp was Nightshade’s familiar.  He was pretty happy to see us, he had to use his Imp to scout around. Nightshade had taken a beating and needed time to heal his wounds. We all moved up the rest of the surprisingly long staircase and reached the attic.

Talk about strange.  The attic was filled with old dusty furniture, home decorations and, oh yeah, A GHOST!  A violent one, at that. Took everything we had to put it down. In fact, we almost didn’t.  We caught a break when Xerox found a slivered short sword under one of the couches. With the angry spirit dead, we checked the rest of the attic.  What we found was somehow even worse than what we had seen before: 2 corpses, about the size of the 2 kids who led us here in the first place. Clearly they had been dead a long time.  These poor children. Their lives stolen too early, cursed to haunt this house of horrors. I could feel the fury building up in me again, this time for the family who lived here. It was a good feeling, a sense of detachment from my own sorrow soothed me like a balm.  One of my companions, to be honest I didn’t notice which one, found another secret staircase, leading back down. I took point, much to the half-orc Ragnanvar’s dismay. He shouted something to me, something about his armor granting better protection against whatever dangers lay ahead but I was too charged up.  I would cut down anyone in my way to finding the Lycan. He must be here! There’s no possible way he could be but I can’t control my rage. I charged down the stairs to find a dusty, long abandoned crypt. As we searched the crypt we found a large chamber with a strange statue of a well dressed, elegant man and his pet wolf.  I cast a Minor Illusion to change the look on the wolf’s face, but instead of changing its face, a loud, familiar howl rang through the chamber. “WHERE ARE YOU, COWARD! I WILL FEAST ON YOUR BLACKENED HEART!” I bellowed. My companions pleaded with me to be quiet, as they were able to open up a small portcullis that was blocking our path.

I, Benvolio Gallipoli, thought it might have been a better idea to go back upstairs, grab the rotted corpses of the two children and try and place them in one of the crypt chambers, to place them with their family and perhaps put their souls to rest.  I didn’t get the chance to speak up before we heard the chanting. The rear most chamber was filled with robed, cultist types. Ragnavar and Xerox ran into the chamber to face them, the rest of us followed suit. The cultists all said in unison “offering” and transformed into some kind of Ghouls.  It didn’t take long to dispatch them, but as soon as the last one was destroyed we could feel the house above us falling apart. We almost didn’t make it out in time to watch the haunted mansion of the Durst family crumble into dust. I wondered if those children were imprisoned here in this strange place in a similar fashion to me.  I laid the doll I got from the skeleton rider among the rubble, helped my companions gather themselves and looked of a break in the mist.

The smell of the mist, all too familiar at this point, reignited my rage.  I did a better job of holding in my emotions, no need to further annoy my companions.  Ragnanvar and Nightshade decided that there would be safety in numbers and would stick with the three of us. I found a gap in the mist that led to another trail through the woods, alerted my companions and began to walk down the trail.  I soon passed a sign indicating in three miles the trail led to a town called Barovia…