The Art Of Magic The Gathering: Ravnica Coming In January

Peter PaltridgeArtbook, Magic: The Gathering, MTG, the art of magic the gathering, viz, Viz Media, Wizards of the Coast0

Ravnica is described as more of a city than a region. The book reprints, in massive scale, the majority of card art that brought Ravnica to life — and it also goes into more detail on the city’s history, community and guilds than the cards have space to tell. RAVNICA was written by MTG senior game designer James Wyatt.

An eternity of winding streets, dark alleys, towering structures, and rubble-strewn ruins make up the world of Ravnica. In this sprawling city, ten guilds are locked in a perpetual struggle for influence and dominance, each one seeking to advance its own agenda and philosophy—and now it’s time to choose your place in this conflict.

“Ravnica is a vast metropolis that houses ten unique guilds vying for power,” says Joel Enos, senior editor at Viz. “The new ART OF MAGIC: THE GATHERING book illustrates the specific cultures and traits of each guild, as well as giving readers the official lowdown on the plane’s creatures, characters, and locales.”

We’ve got about six months before RAVNICA will be made available…the book won’t be in stores until January 2019. Until then, there are six others to find if you haven’t already. 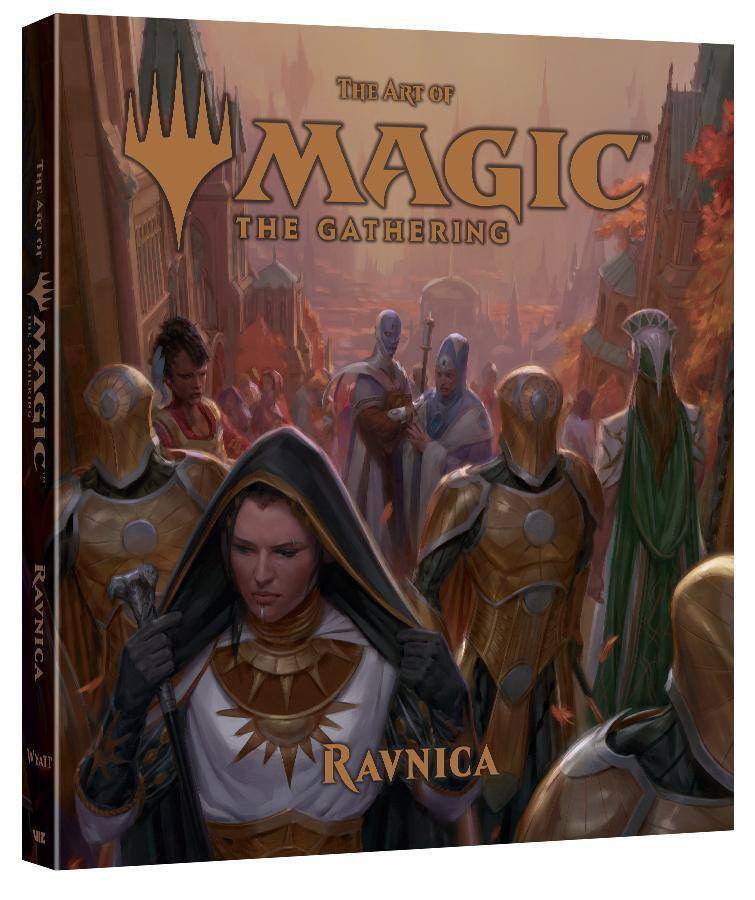 Though Nintendo is usually stingy about who gets to play with their IP, holding tight controls over what Mario does and says outside of a game, the one area they’ve always been lax about is the manga industry. In the right-to-left paper universe, Nintendo characters are allowed to have non-canon

We know summer has just kicked into gear, but Viz Media has plenty in store for the back end. Their August lineup, revealed today, has plenty of returning favorites, a new Star Wars adventure with your favorites from Rogue One, two volumes about Pokemon and one set in the world

June only just started, but manga publisher Viz is already thinking 30 days ahead. Some of the books you can expect to be localized this Independence Day include such subjects as humanoid robots, post-apocalyptic deserts, and zombie hunters (meaning zombies that hunt). Another volume of the Persona manga is on

After decades tangled up in legal issues, Viz has announced one of the world’s most influential manga will be reprinted at last: Fist of the North Star. Revolving around a warrior named Ken whose punches are so powerful they make his enemies explode, the manga inspired countless other authors and