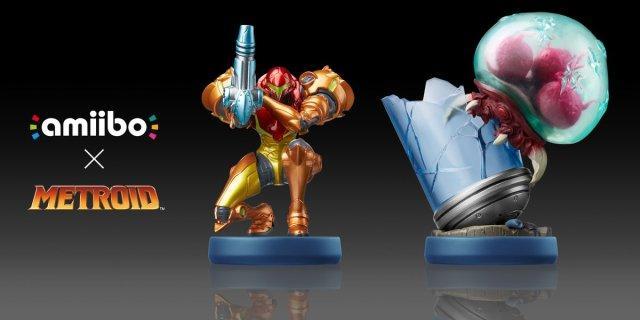 While amiibo have been used to lock game content behind figure-triggered paywalls before, it is usually along the lines of extraneous material most gamers could live without seeing. In this case, the hard mode in Samus Returns — normally a feature unlocked by completing the game once — can’t truly be accessed unless the 3DS has been bopped at least once by Nintendo’s new squishy Metroid amiibo (just $12.99!)

The Metroid amiibo also unlocks a feature called Metroid Marker that helps you track down all the Metroids in Samus Returns (we don’t know how many are in there, but the original Game Boy version had 108). This makes the Metroid amiibo a required purchase for most diehard fans, essentially raising the sticker price to $52.99. Grr.

On the same day Nintendo is releasing a new Samus amiibo that grants you an extra Aeion reserve tank (which grants special abilities) and an art gallery. The original Samus amiibo (released back in 2014) will grant you an extra missile tank and the art gallery, while the Zero Suit Samus will grant an extra energy tank and a music selection. But these examples are more typical of what amiibo have been expected to do. It’s the Metroid amiibo, locking away things gamers can’t do without, that’s causing outrage.

We may only have ourselves to blame. Nintendo no doubt noticed how quickly every Zelda-related amiibo flew off the shelves after they granted items in Breath of the Wild that people wanted. I would bet on more examples of this kind of thing turning up, not less.

Metroid: Samus Returns, and all related amiibo products, will be released September 15 in the US.