Earlier this year, indie director Douglas Burke released Surfer: Teen Confronts Fear to the traveling theater circuit. Unfortunately, those theaters started closing down shortly after the opening, and most haven’t reopened their doors yet. But Burke isn’t one to give up.

Surfer is a movie about — what else — a surfer. Sage (played by Sage Burke) loved riding the waves until the day he had a huge run of misfortune. Not only did he wipe out, but the current kept him pinned to the bottom and he barely escaped with his life. Ever since, Sage has never been able to work up the nerve to surf again. Can he confront his fears and PTSD and enjoy his former favorite hobby once more?

How do you see Surfer if it’s not in theaters? You really don’t. Douglas has resisted putting his movie on digital or disc formats for several months now, insisting Surfer was made to be experienced on the big screen. Not only is he still pushing the movie, he’s also created a new 35mm version on black and white film stock, for cinemas that still use film projectors.

Douglas says Surfer will remain in the theatrical circuit throughout 2021, and will play at whatever theaters are open. It’s his hope that eventually, everyone can see his labor of love, even if it takes them years to do so. 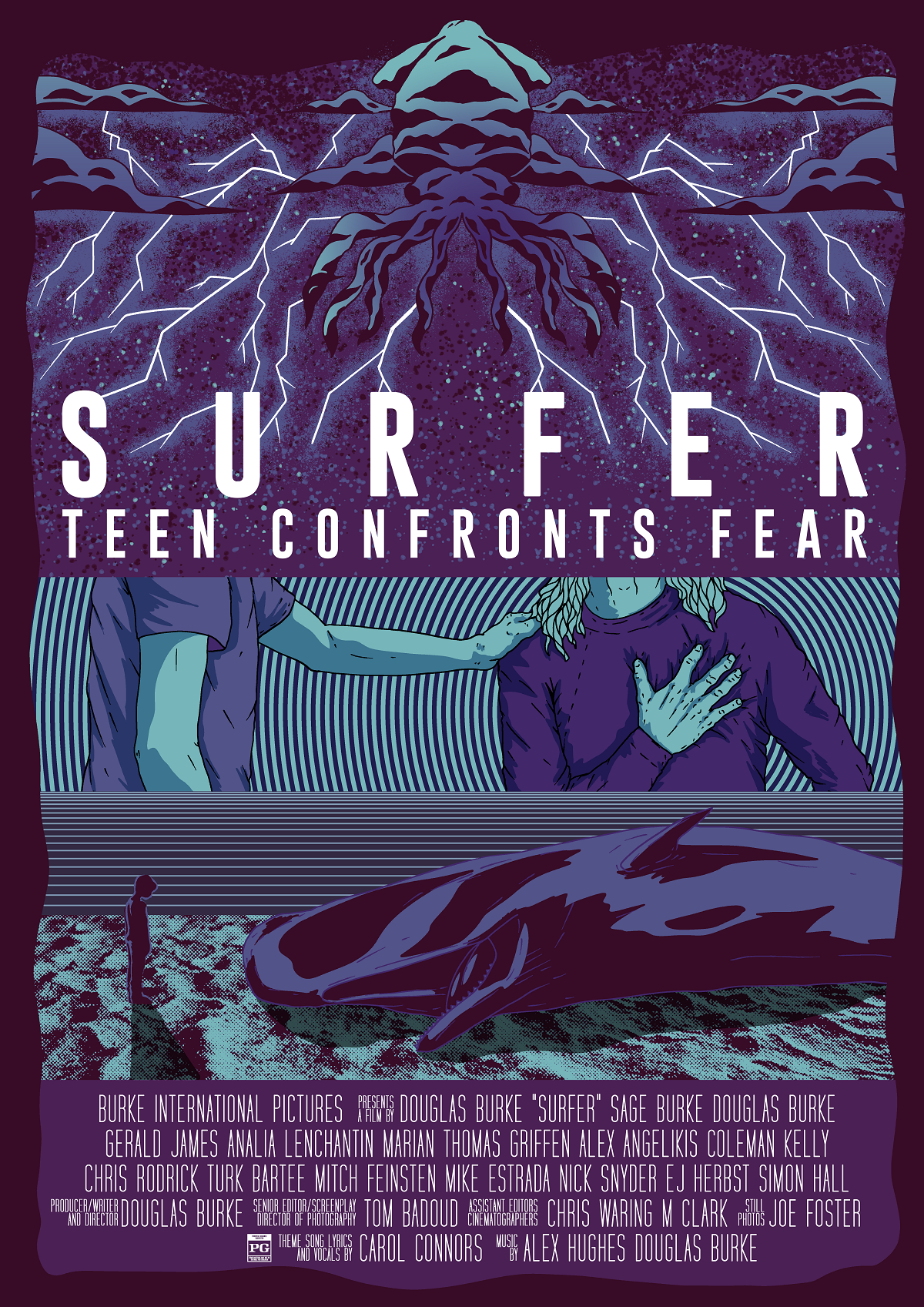 Surfing since as young as he can remember, at the age of 13, Sage (played by Sage Burke) is crippled by fear after suffering a wipeout on a huge wave. The wave slammed him to the bottom and held him pinned there without air until he nearly died. With his whole life still ahead of him yet now paralyzed by fear, Sage no longer surfs the waves. But unable to ignore the mystical and powerful pull of the ocean, he fishes in the surf, and finds more than he bargained for. This is the story of a teenager who confronts fear…