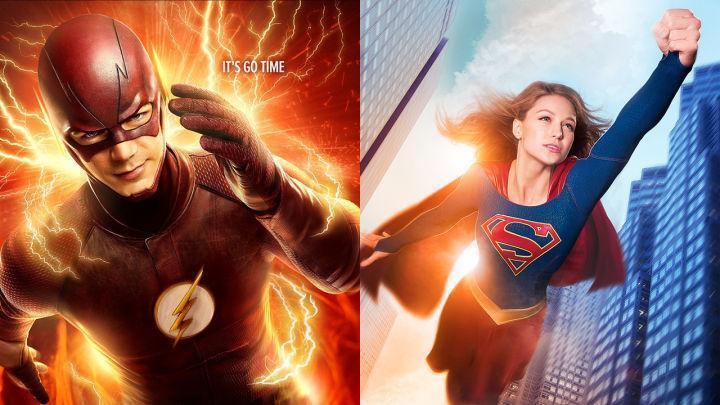 On March 28th, a very different kind of “gladiator match” will occur. As Supergirl and Flash will meet for the very first time. And in an homage to the comicss they come from, will have a race to see who is the fastest person alive!

Fear not though, this isn’t a simple “these two meet and race” episode. There will be some drama, but overall, this will be one of the funnier and lighter episodes of Supergirl. As producer Ali Adler notes:

“I’m most excited for you guys to see the chemistry we got to enjoy on the stage and out on the day. Grant’s amazing, I worked with him a little bit on Glee as I did with Melissa back then, and they’re friends, so it is nice to see their camaraderie,” Adler said. “It’s nice to have a light episode where they’re having fun. You can clearly see that. I think it makes James [Olsen] a bit jealous. It was a great experience.”

And of course, there will be a bit of jealousy as Barry Allen and Kara Zor-El connect. Jimmy Olsen actor Mechad Brooks notes: “He’s a superhero and so is Kara, and James cares for Kara a lot. They’ve got that connection that he doesn’t have. He’s kind of like, ‘What am I supposed to do?’”