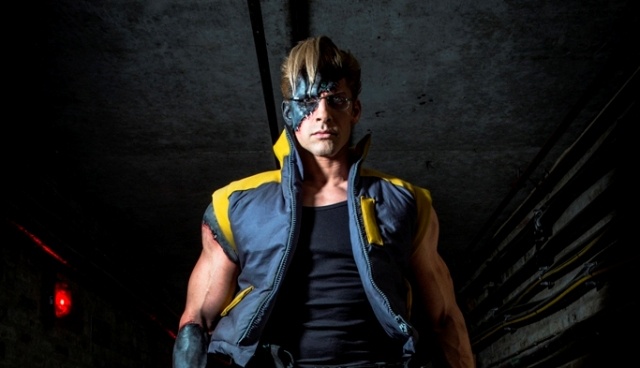 Machinima and Capcom have announced new details for the new original, live-action web-series based on the Street Fighter franchise, Street Fighter: Resurrection. The new web series will be the continuation of 2014’s breakout hit web show, Street Fighter Assassin’s Fist. You can check out the new teaser trailer, that reveals none other than Charlie Nash, in the player below.

Joey Ansah and the team behind Assassin’s Fist are returning for the new show, which is set to be a five-episode, live-action miniseries that will set the stage for Street Fighter V. The interesting part to come with this announcement? It appears the new show will air exclusively on Verizon’s go90 streaming platform next year. It will not be available to stream on YouTube, similar to the first show. However, Variety reports that go90 will be a “free” and app-based streaming service. So it does appear that the show will be available to stream for free, provided the go90 app is downloaded on your smartphone.

Digital content is certainly taking off as of late, and this is part of Machinima and Verizon’s deal to provide new content for go90. This will be the first Machinima series to air exclusively on go90 next year.

The new show is being produced by Jacqueline quella and Mark Wooding. Joey Ansah returns from Street Fighter: Assassin’s Fist as director and writer. Series originals Mike Moh and Christian Howard return in their respective roles of Ryu and Ken. The new series is set a decade after Assassin’s Fist, and will also feature Charlie Nash (Alain Moussi). Street Fighter: Resurrection is being produced by Machinima Studios in conjunction with Capcom, Content Media, Joey Ansah and Jacqueline Quella.

More details on the show will be revealed later on. However, in the new story, Charlie Nash has returned, and he’s targeting Street Fighter champions for unknown reasons. Now Ken and Ryu have to uncover Nash’s lethal plot and find out if he is a friend or foe. The show will launch on go90 in March 2016.