Street Fighter characters come and go, but sometimes they return depending on how popular they are. Unpopularity, though, does not mean a character won’t return. Before Street Fighter V was under development, Capcom made a poll, and Birdie was the least popular on that poll, but that gave Capcom a troll movie to make him return.

There are 13 Shadaloo dolls, and only 5 of them became playable. The Shadaloo dolls are teenage girls kidnapped and brainwashed to become M.Bison’s bodyguard.  They are named after the Months of the Week.

The ones who became playable are Cammy, Juni, Juli, and Decapre. 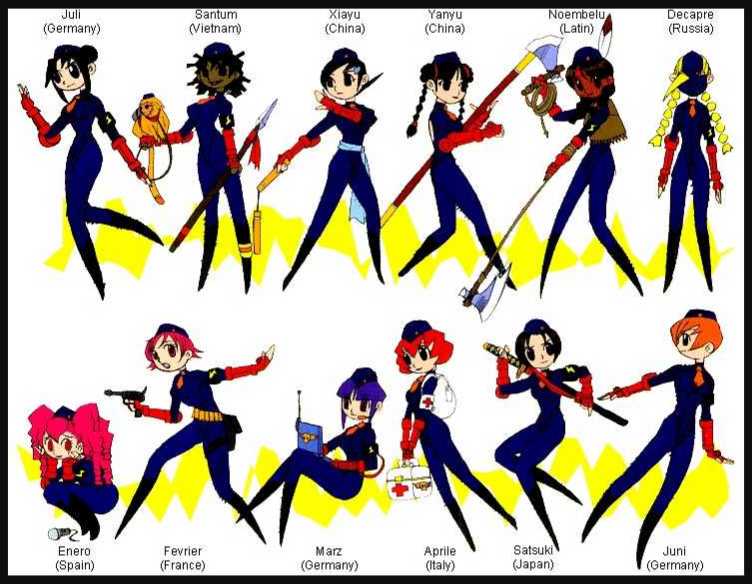 Juni and Juli fight similarly to Cammy, but you fight them simultaneously in Arcade mode. They are playable in Street Fighter Alpha III.

Juli was important to T.Hawk’s storyline as she was his love interest. (She is the only Doll who is an Adult) Noembelu is also crucial to his story as she is a member of his tribe.

Juni Was the first Doll who broke free from M.Bison’s Brainwashing. She now lives an everyday life, and it subtly hinted she and Cammy have something romantic going on.

Decapre is Cammy’s Twin Sister. They were separated as children. She was raised in Russia, giving her a Russian accent.

The Dolls are supposed to become DLC for Street Fighter V, but because of adverse fan reaction as fans see them as mere Cammy clones, they are just story mode NPC opponents.  With Shadaloo being defeated, No way they will return as playable.

The fans barely remember most Street Fighter characters from the first game.

This Street Fighter III character fits more with Darkstalkers than Streetfighter. Ever since Street Fighter started using 3d graphics, Capcom had often said no to him because he is a nightmare to animate.  Twelve is a shape-shifting Blob used by the Illuminati as a weapon.