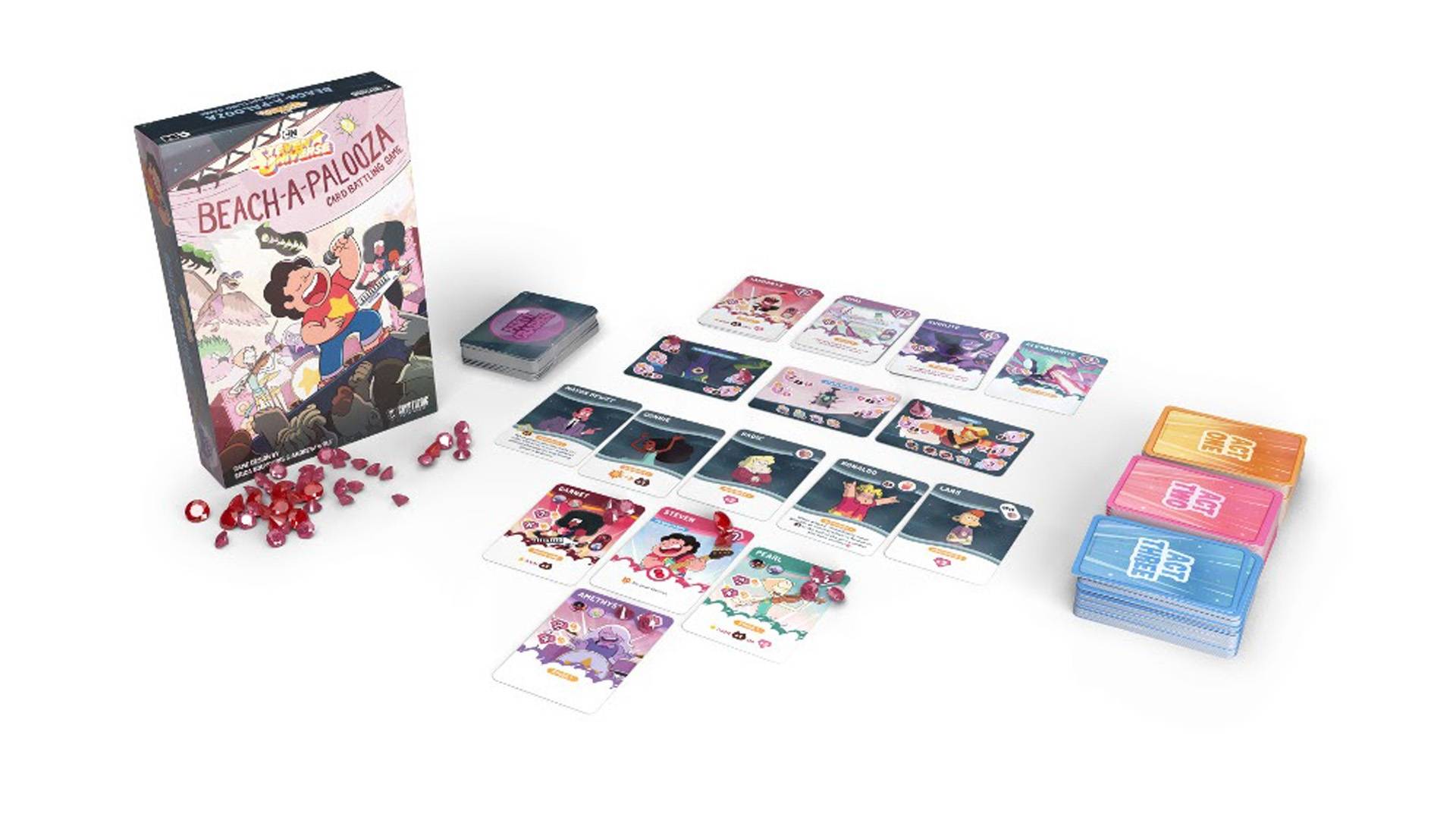 Earlier this year Cryptozoic showed off its plans for 2020 at its Toy Fair booth in New York…and yes, it was possible to hold a public gathering like this in 2020, if only for the first two months. Things have changed since then, and so have the plans for some of the products.

Steven Universe Beach-A-Palooza was one of the things shown off at Toy Fair — a card battling game for two to six players, set in the world of the hit cartoon. It was going to be a retail product, but Cryptozoic now figures it’d be better to aim at a platform where the majority of consumers buy online….Kickstarter. The game is now exclusive to the campaign, so this is your only chance!

It’s a party at Beach City, but some corrupted Gems want to crash. Beat them back through the power of music, Steven style! in this card-drafting game, designed by Erica Bouyouris and Andrew Wolf, you won’t have to fight with your friends over who gets to be Steven because everybody gets to be him. Not sure if there’s an in-game explanation for multiple Stevens at once, but it’s totally plausible in the cartoon’s world.

“We worked hard to make an amazing game for Steven Universe fans that was created by Steven Universe fans,” says John Sepenuk, CEO of Cryptozoic. “Due to the coronavirus pandemic, it wasn’t possible to get the support to release the game at retail and align with the airing of the final season. But we know there is a loyal community who loves the show, including several members of our team. The Kickstarter campaign lets us offer the game directly to the passionate Steven Universe fans out there. This is the only way for them to get the game and we won’t be able to make the game without their support!”

The campaign for Steven Universe Beach-A-Palooza is short at just 16 days. Getting a copy takes only a $30 pledge…cheaper than we figured, and it can be cheaper still if you take the Early Bird pledge that’s still available for $25. Get the equipment required to become Steven here.

D&D DM Tips: Essential Gear – For Those About To Roll,...