If you missed the digital releases of Steven Universe: Save the Light and OK KO: Let’s Play Heroes, good news….Steven and KO are going physical. The pair of CN games has now become one, bundled together in a real-world boxed release. You’ll be able to get them both at a discounted price, and they’re also making their Switch debuts today.

It’s easy to scoff at a licensed game, but this pair is worth a purchase — developer Grumpyface Studios did a good job. The story and humor are very much in the spirit of the cartoons they promote, with Rebecca Sugar personally providing input in Save the Light and Ian Jones-Quartey writing the script for Let’s Play Heroes. 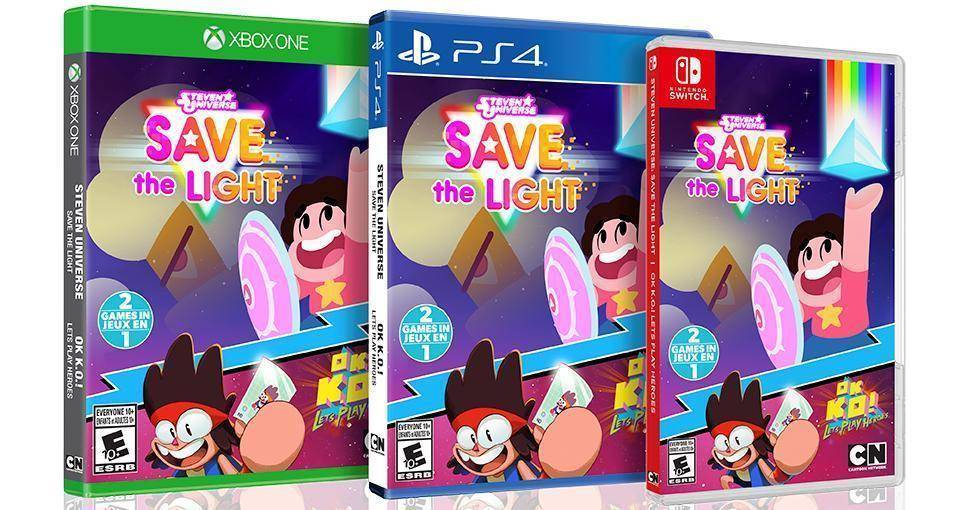 Cartoon Network has been slowly refining the work that comes out of its video game factory. At first they made cheesy Internet Flash games. Then they made mindless freemium phone games. Within the last year, they’ve finally upgraded to full-fledged multi-hour story-driven RPG experiences. Steven Universe and KO (of OK KO: Let’s Be Heroes) are the subjects of their finest efforts to date, and now they’re easier than ever to get.

At $39.99, it won’t break the bank to bring Steven and KO home, and there are also physical versions released today for Playstation 4 and XBox One. But if you really want these two games on Switch in their digital format, they’re sold separately that way on the Nintendo eShop.