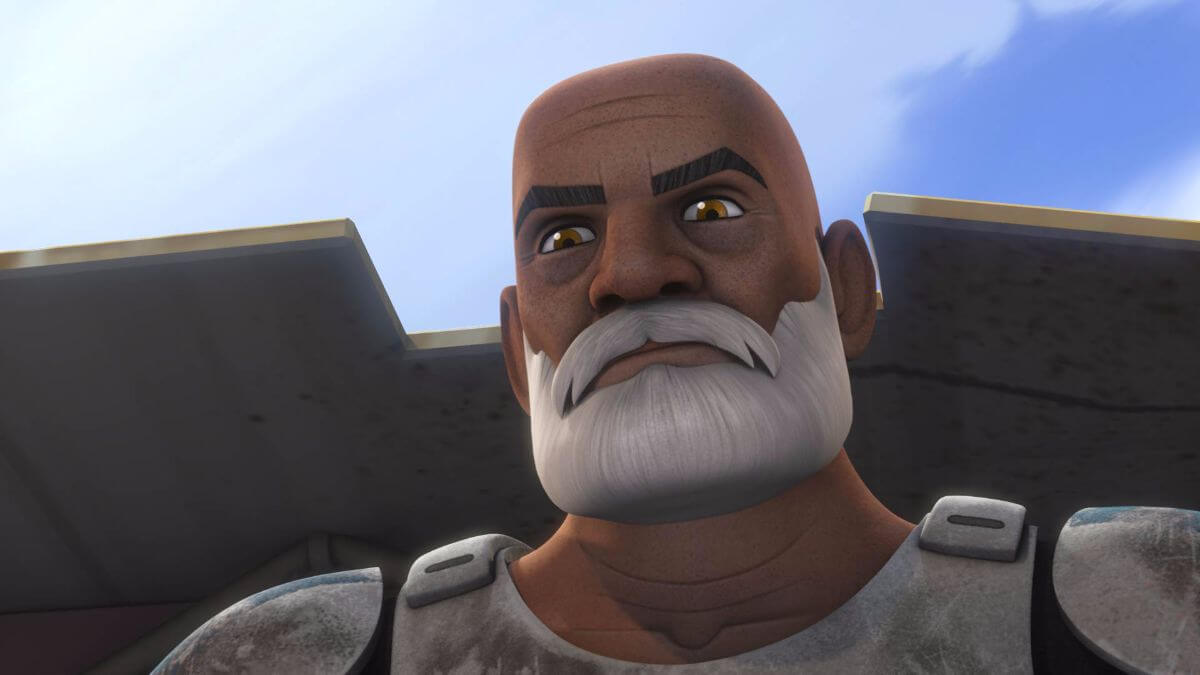 On Saturday of Star Wars Celebration 2015, Disney XD and Lucasfilm unveiled a preview for the upcoming second season for the hit animated series Star Wars Rebels. Needless to say, it is an absolute doozy. The first season ended on a high note for the heroes as the crew of the spaceship Ghost allied with a growing group of rebels against the malevolent Empire. However, Darth Vader arrived on Lothal with dark designs in mind. You can check out the season two preview below.

The new preview had some huge revelations. Clone trooper Rex and it seems some of his former Clone trooper brethren are back: Wolffe and Gregor have also returned; older and a little more grizzled. Dee Bradley Baker returns to voice all three characters. It appears some of the Clone troopers in fact did not follow Order 66 and managed to survive the Clone Wars. Rex appears to very much be on the side of the heroes, and the crew of the Ghost along with Rex will battle an Imperial AT-AT Walker!

However, even bigger is that Darth Vader will be taking center stage with a much larger role in season two. In season one, Vader had a short cameo, once again voiced by his original VA James Earl Jones. Vader is back again, and he faces both Kanan and Ezra Bridger in open combat. Per executive producers Dave Filoni and Simon Kinberg, James Earl Jones will voice Darth Vader for all his appearances in season two, which is fantastic news.

Season two of Star Wars Rebels debuts later this summer with a one-hour movie event. This will be the two episode special that was also shown on Saturday night at Star Wars Celebration. Season two continues in the fall with all-new episodes on Disney XD.

Besides the trailer, you can check out some brand new artwork and images from season two (courtesy of Disney XD), including a look at the older Captain Rex and his bearded mug!