Next Tuesday Top Shelf Publishing (an off-branch of IDW) will release Rivers, a new graphic novel by David Gaffney and Dan Berry.

There are three people at the center of Rivers: Gideon, a lonely I.T. developer who currently has two obsessions (his favorite childhood comic book series and his co-worker Lisa), Heidi, a shut-in who works from home and spends too much time making soup, and Peter, a divorce in his 50s who fixes classic cars and can’t let go of the past. Not only do these people have little in common, they don’t even know each other. But they’re about to….for some reason they all start having the same dream.

They would have no clue this is happening were it not for a new invention: a new web service that lets people share their dreams with others. When Gideon, Heidi and Peter discover they share the same recurring dream, the big question is…why? What does it mean? What is the connection between them, and does it have something to do with their pasts?

Now, courtesy of Top Shelf, here are the first seven pages of Rivers. Gideon’s comic book will also factor into the plot. The graphic novel will be released next Tuesday, September 21, wherever conic books are sold. 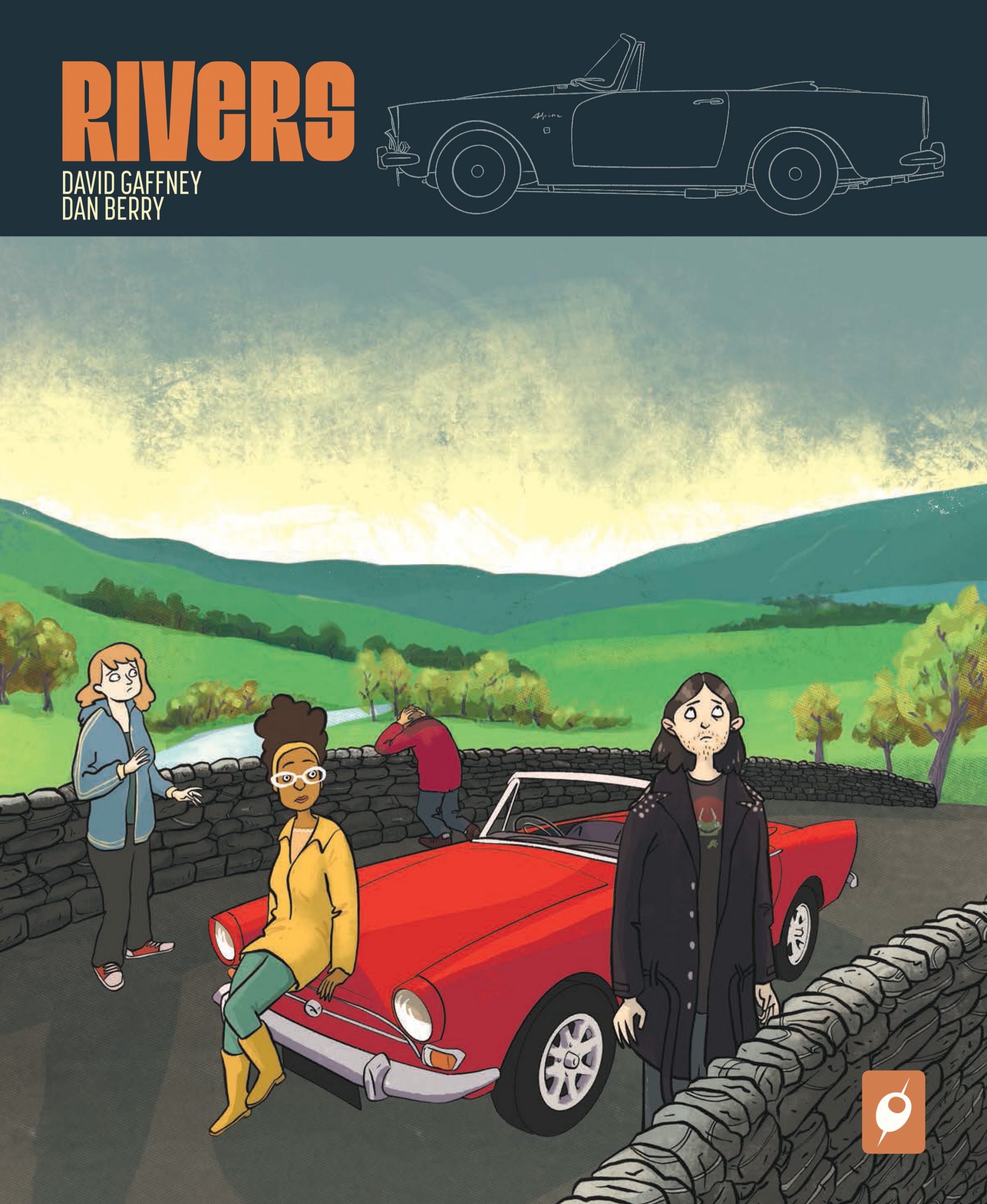 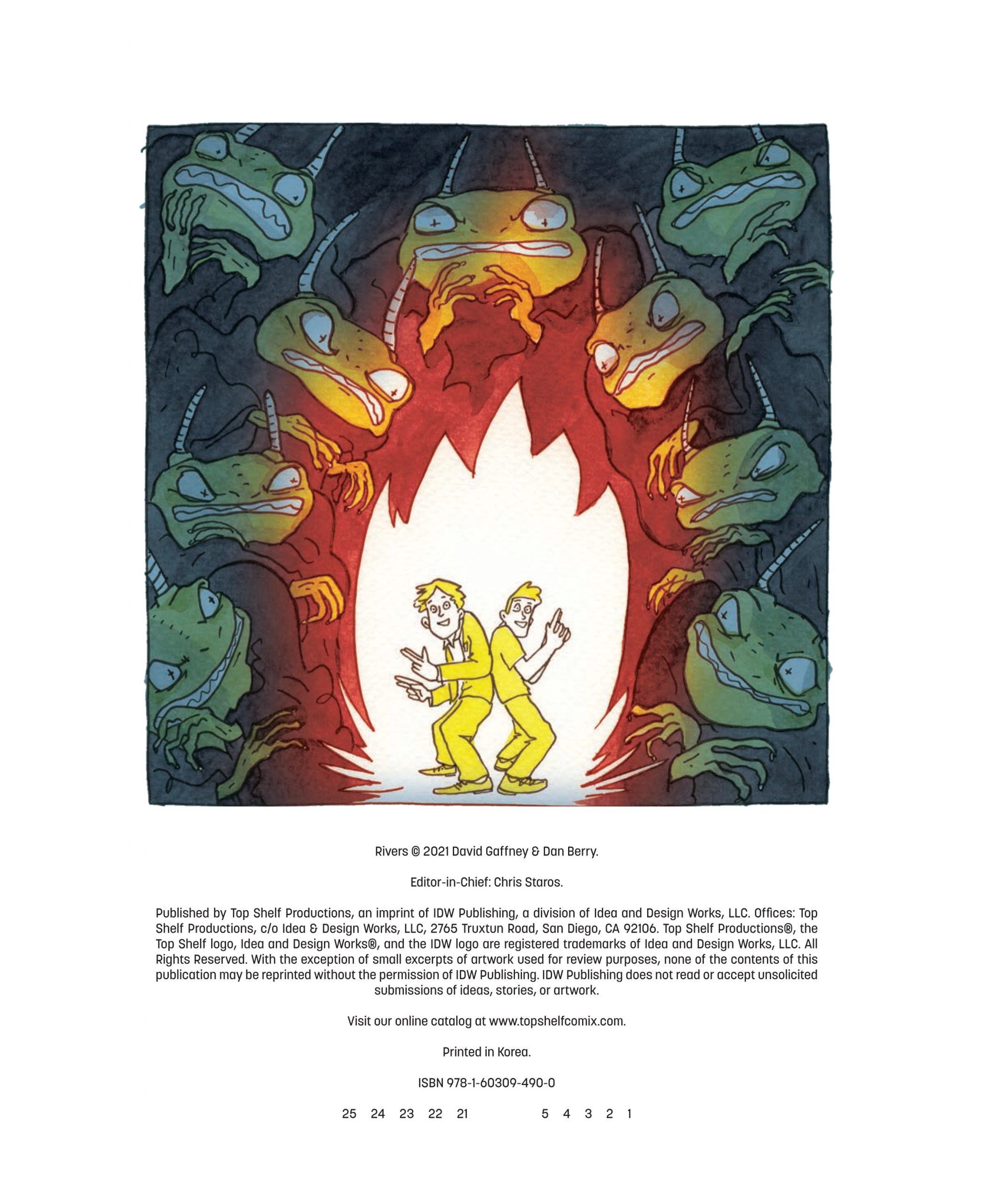 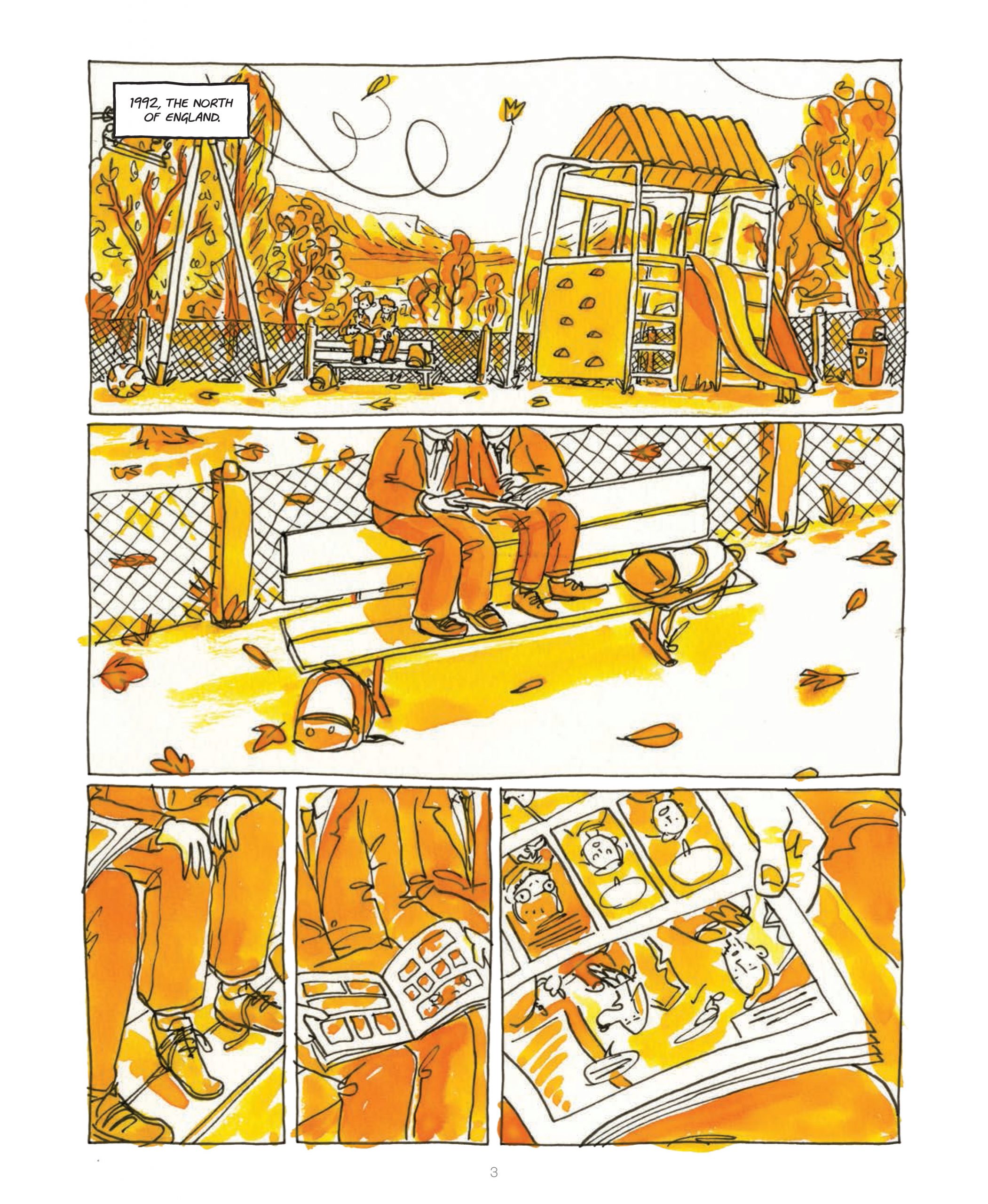 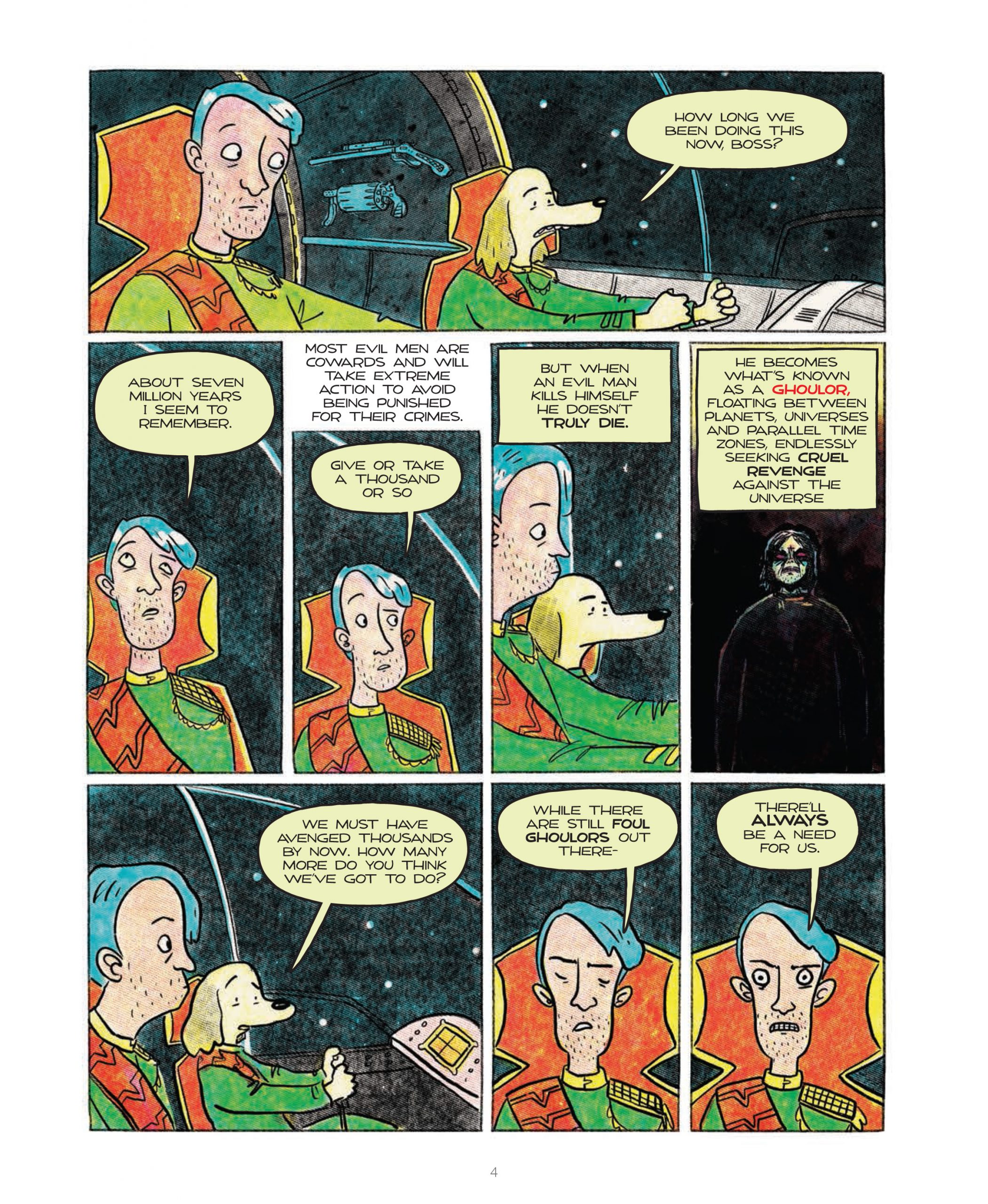 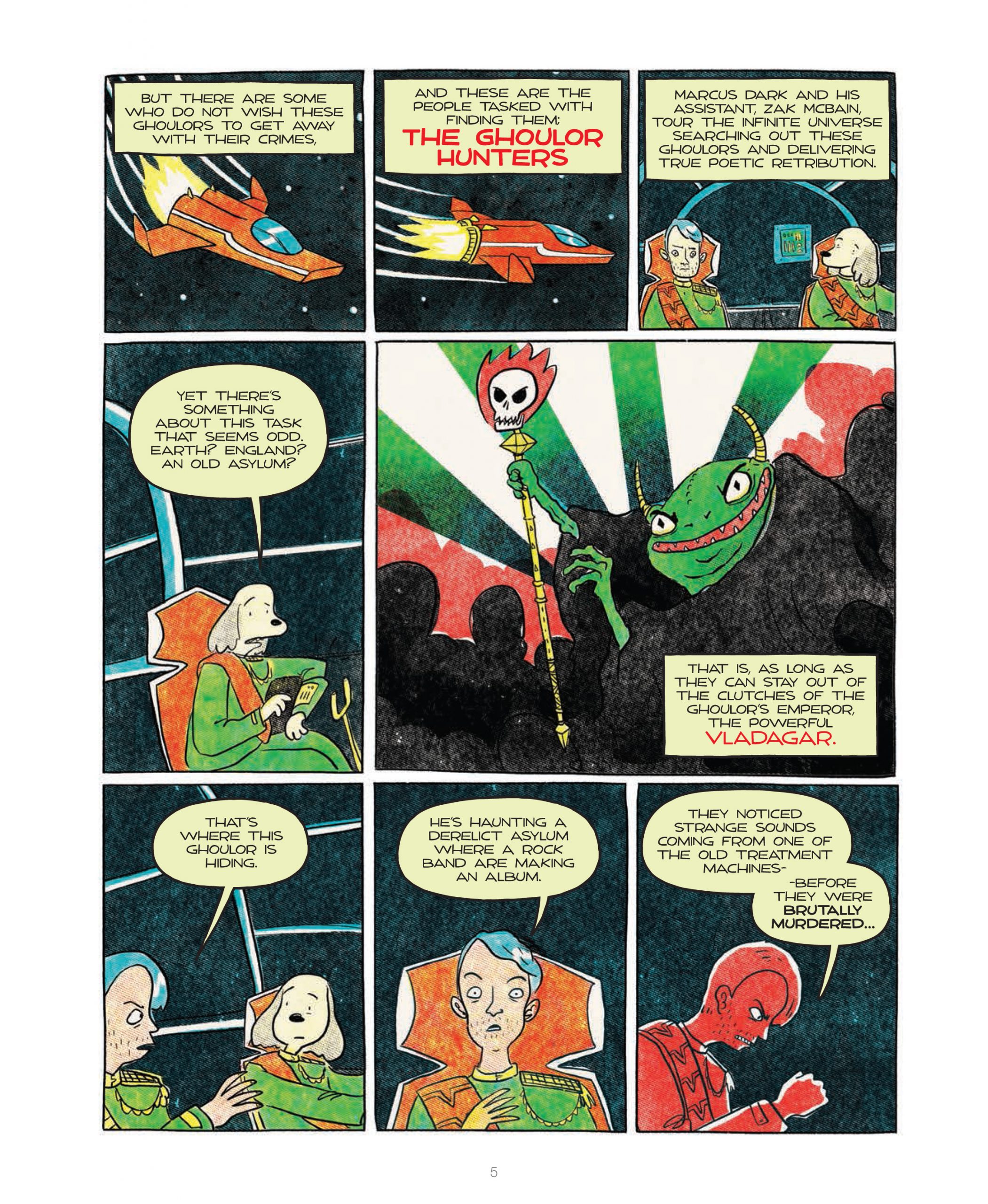 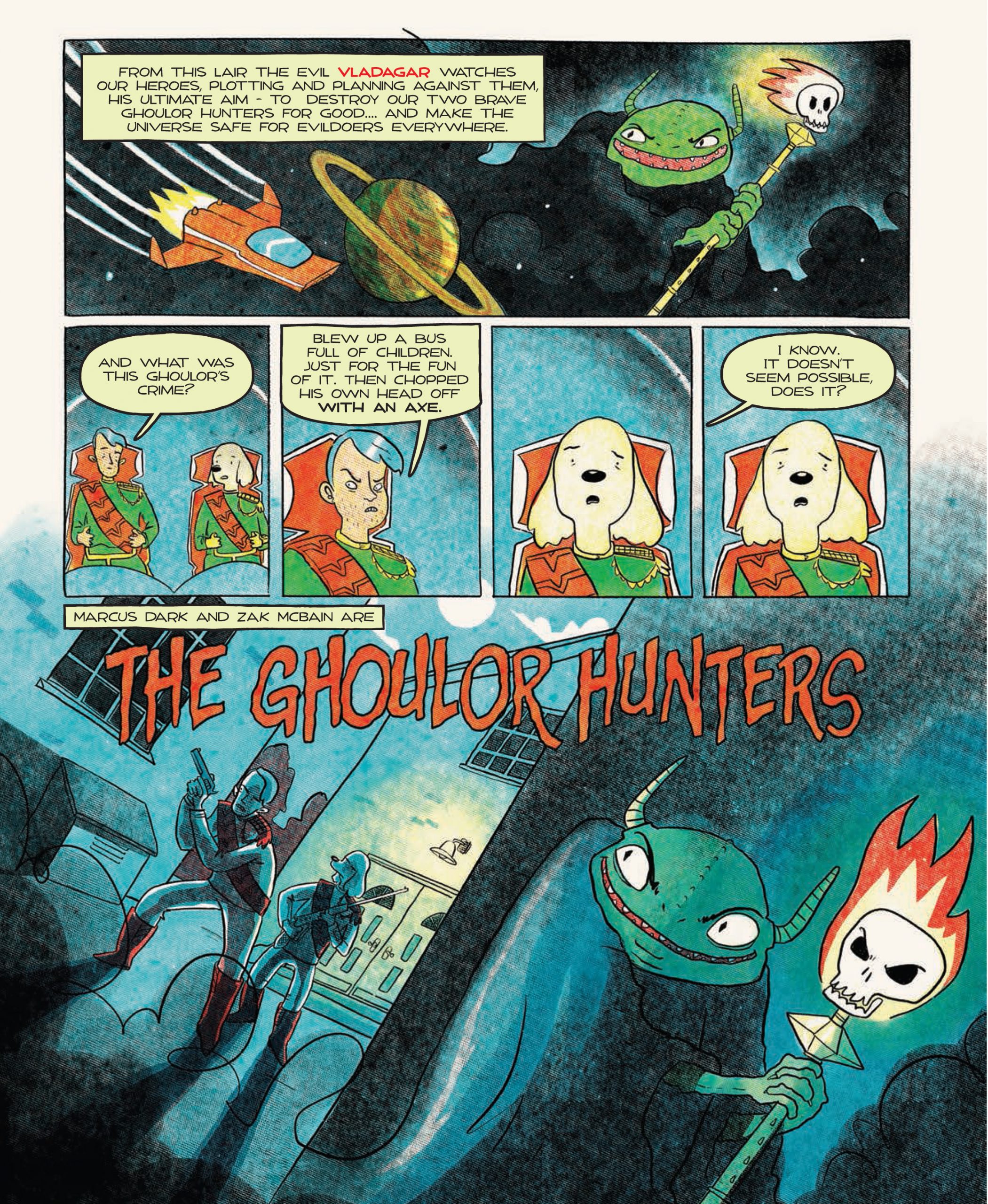 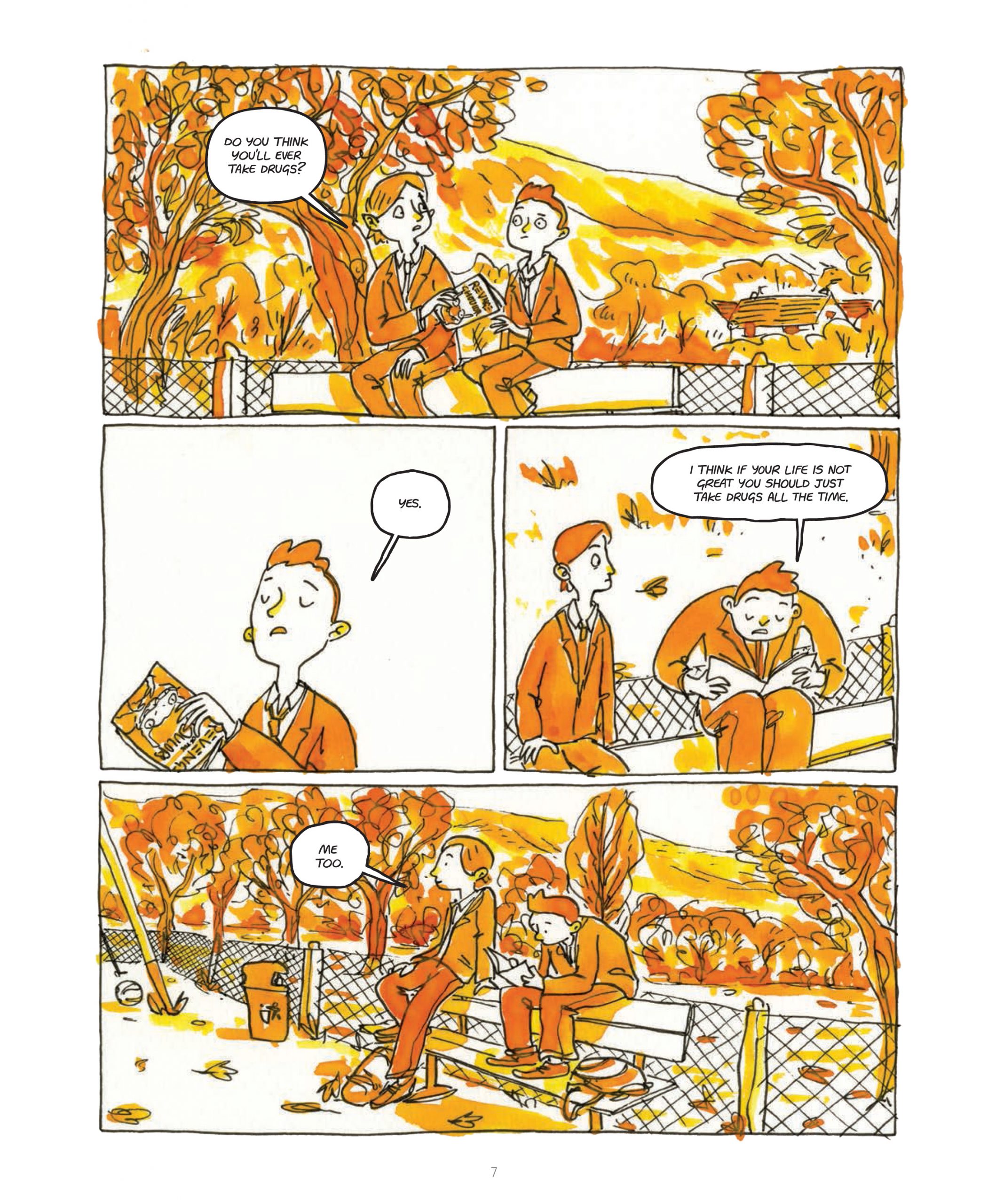 New York Comic-Con won’t begin for another few days, but publisher IDW got a jump on things with their “State of IDW” pre-panel broadcast live today. You can watch the full panel below, or you can read our summary of the news if you’re crunched for time. Here’s what’s coming

The National Cartoonists Society has announced its list of nominations for the annual Reuben Awards, the trophies they give out for the best artists in the business (at least in their opinion). IDW sent us a note today bragging that five of their artists have received noms for their Reuben

The 33rd Annual Will Eisner Comic Industry Awards ceremony was held a few days ago, and publisher IDW was honored with four Eisners: two for the most recent Usagi Yojimbo collection, one for Invisible Men: The Trailblazing Black Artists Of Comic Books, and one for The Crow: Lethe, which won