Famous Monsters is now back in the horror comic business with their American Gothic imprint, putting out chilling titles like Killbox, Broken Moon, Monster World, and coming soon….The Hag.

Carl lives out a (relatively) peaceful existence in retirement on the shores of a Texas peninsula. Lately fish have been washing up on the beach mangled up with weird bite marks. Something’s in the water that seems both ferocious and hungry, and when a sudden rainstorm starts flooding the area, there may be no place Carl can hide from its jaws.

Here are the first six pages from The Hag, as well as the cover. 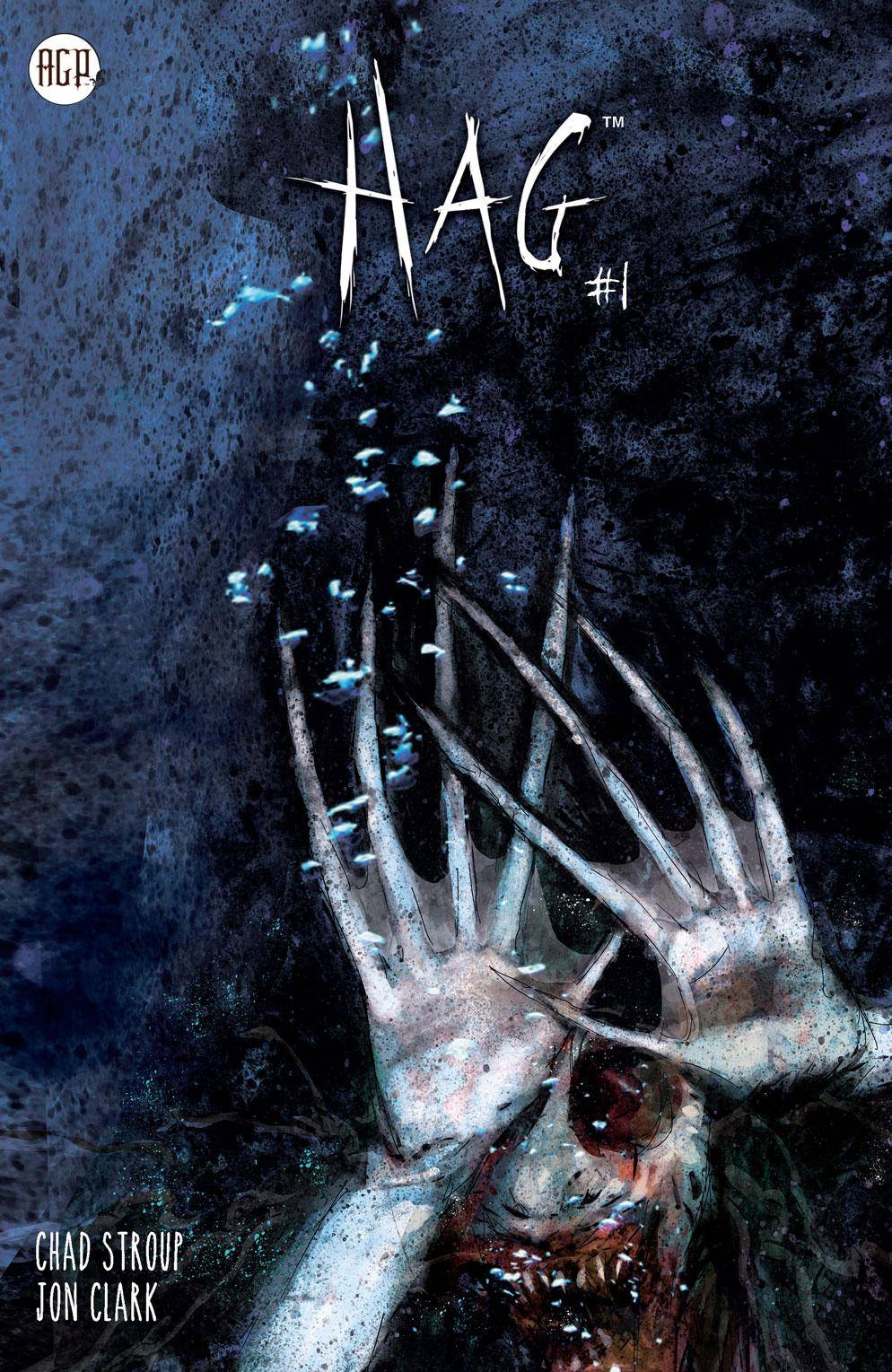 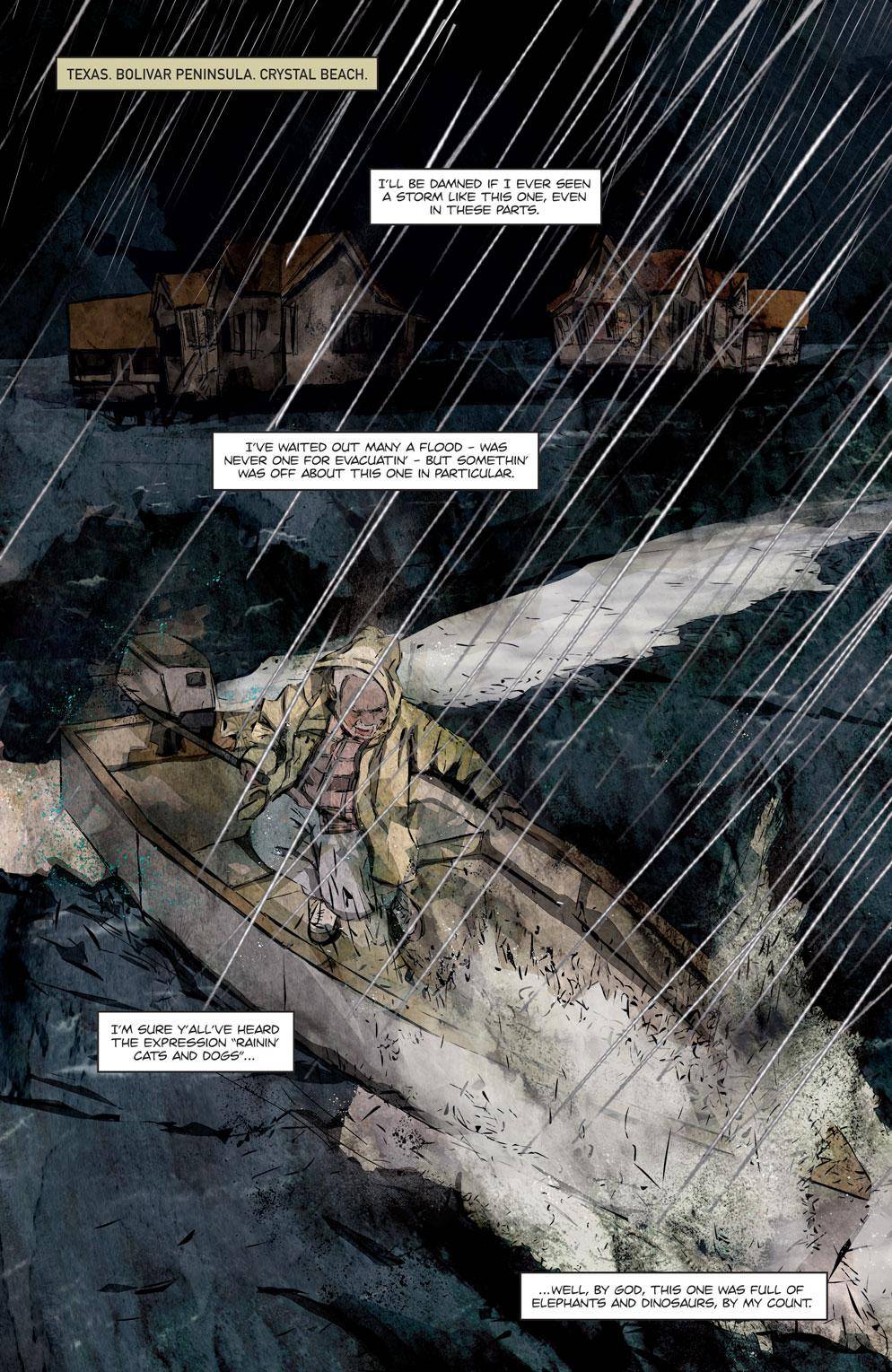 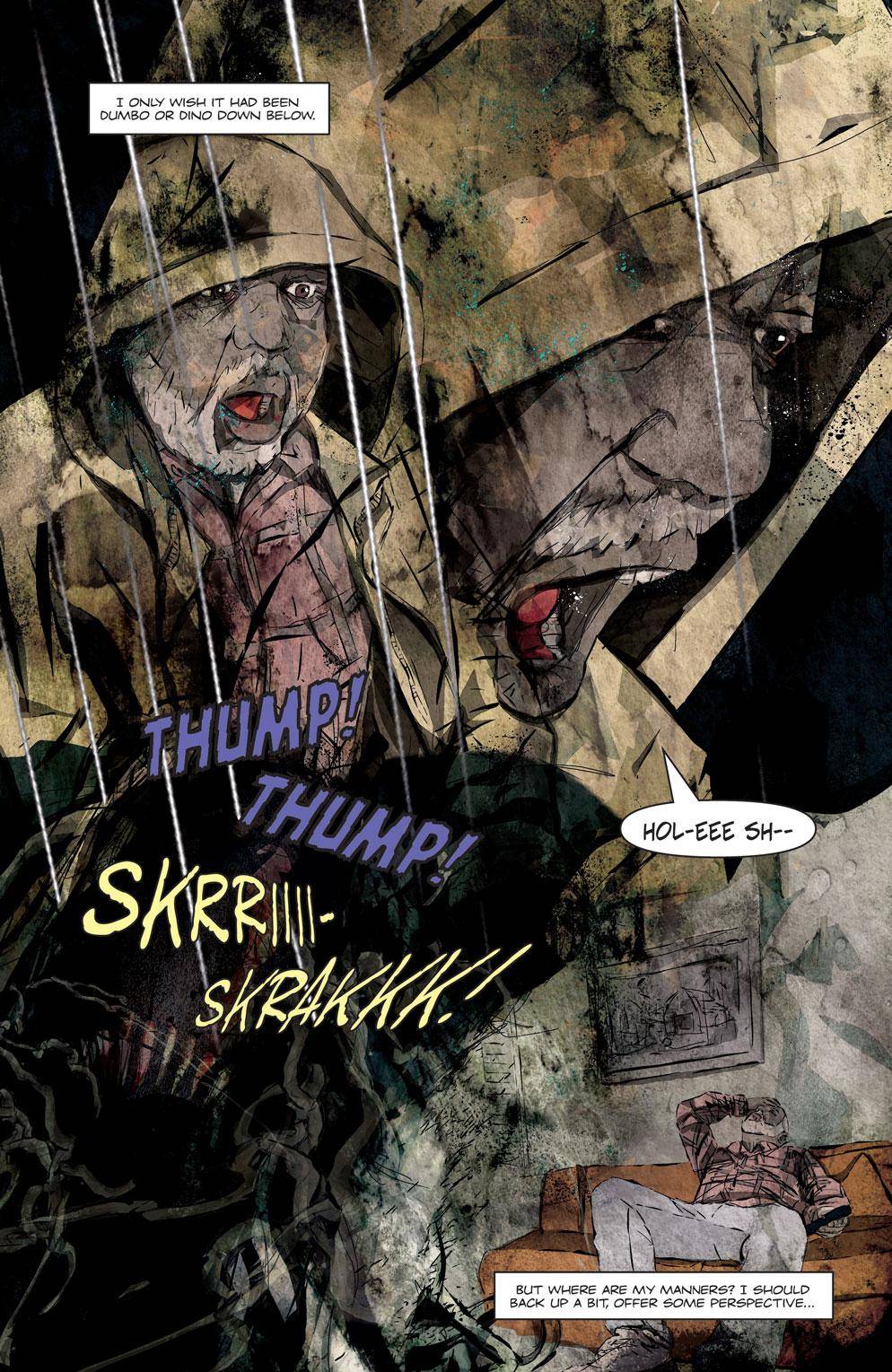 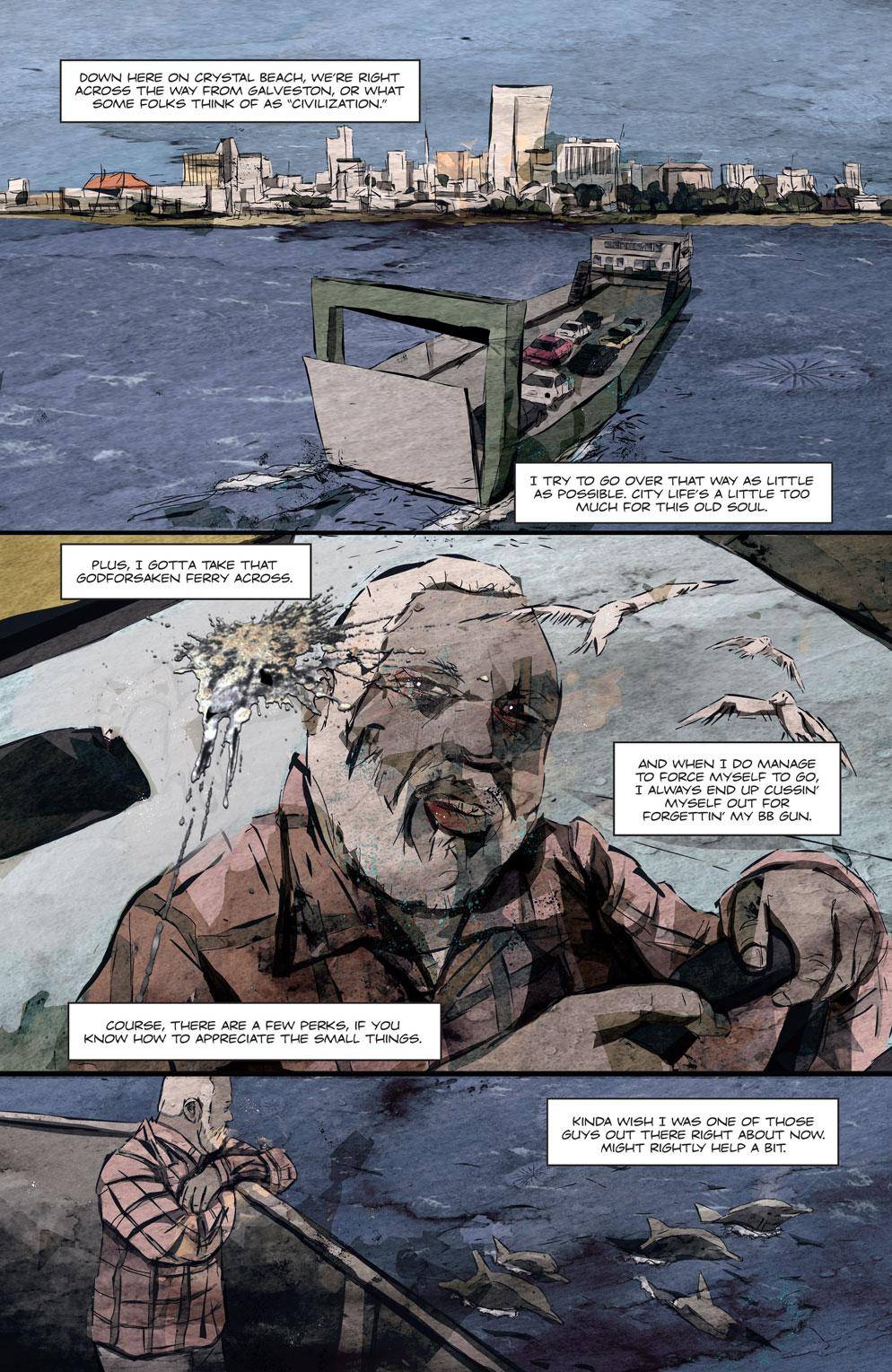 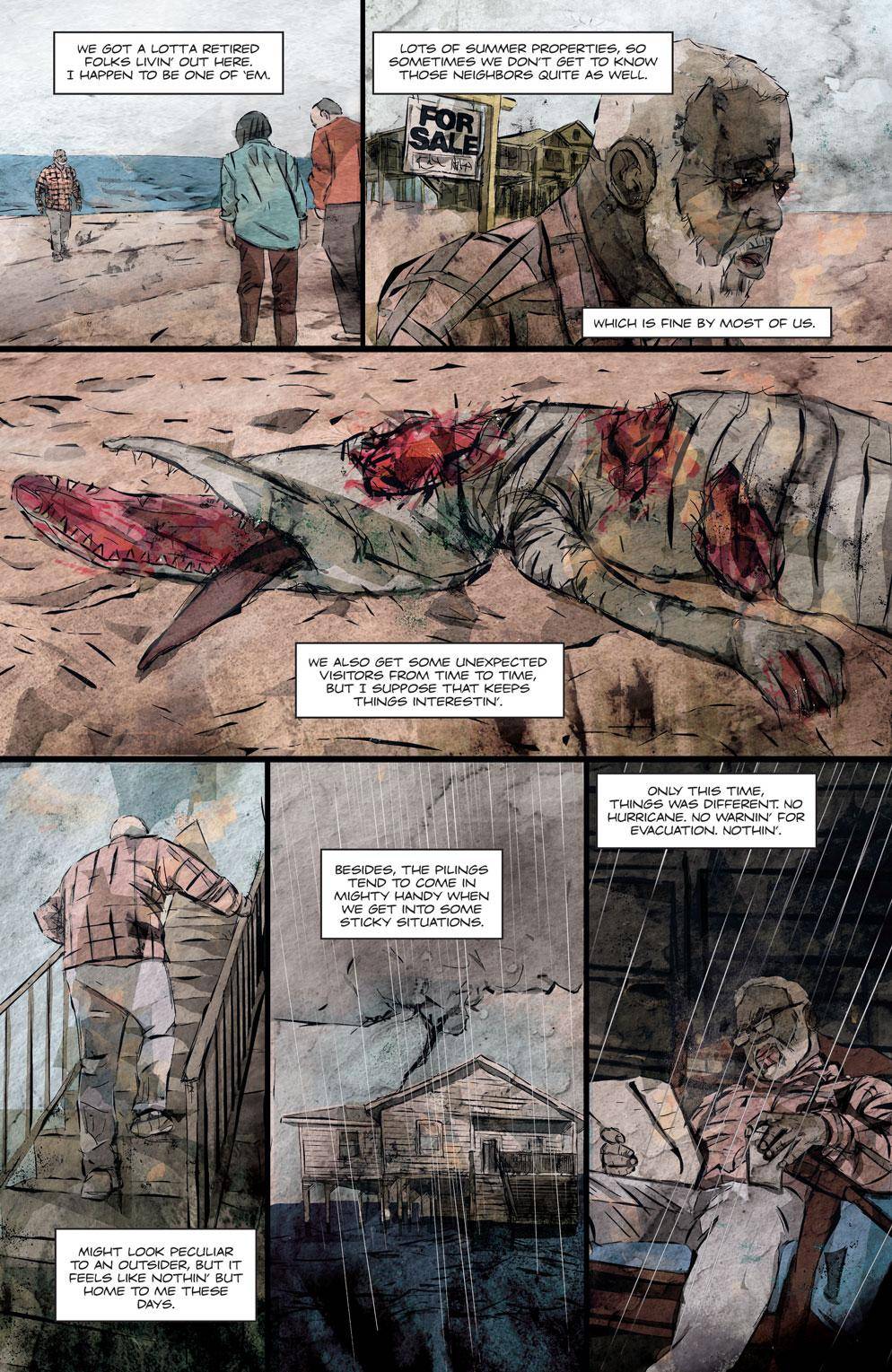 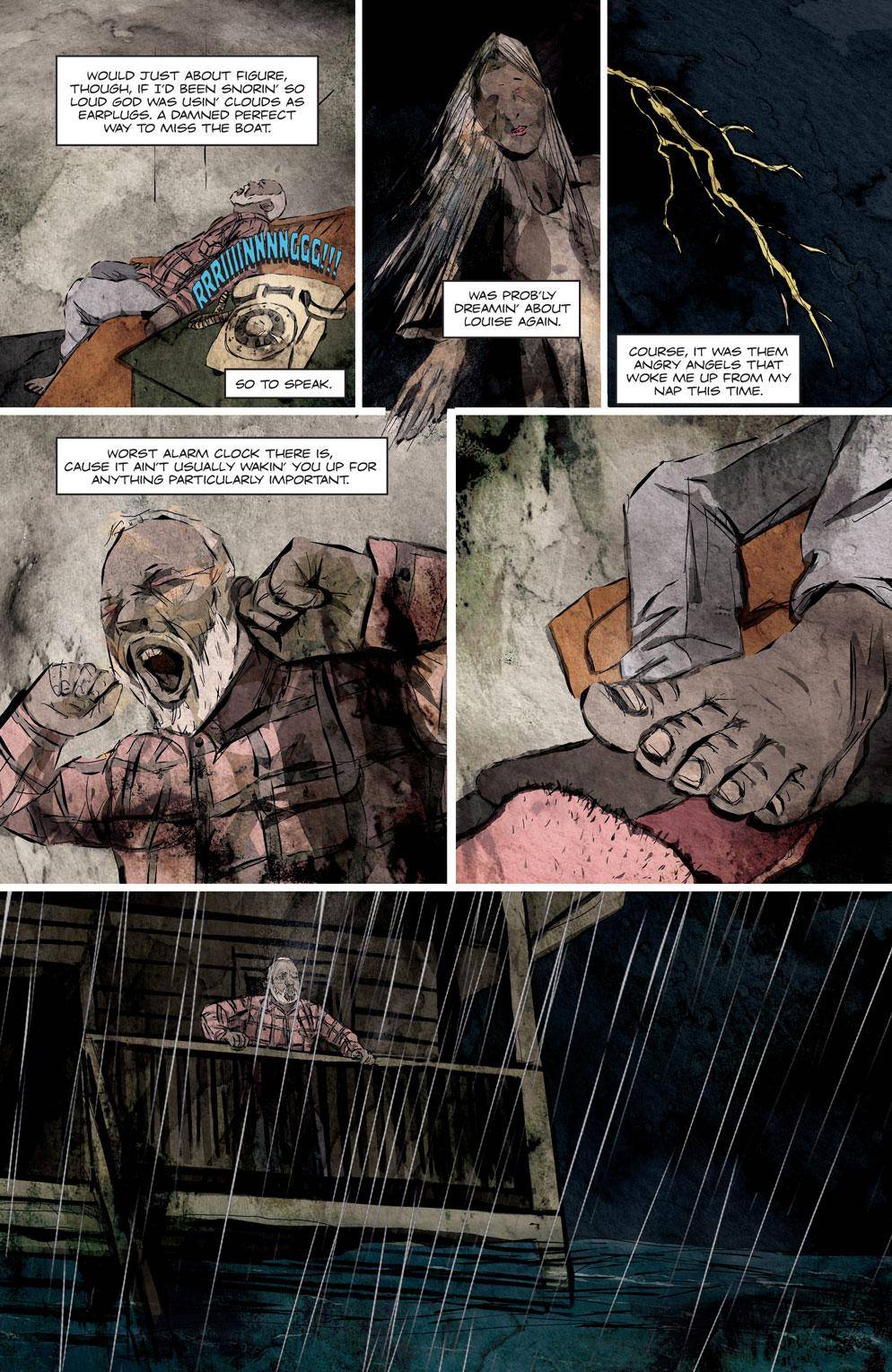 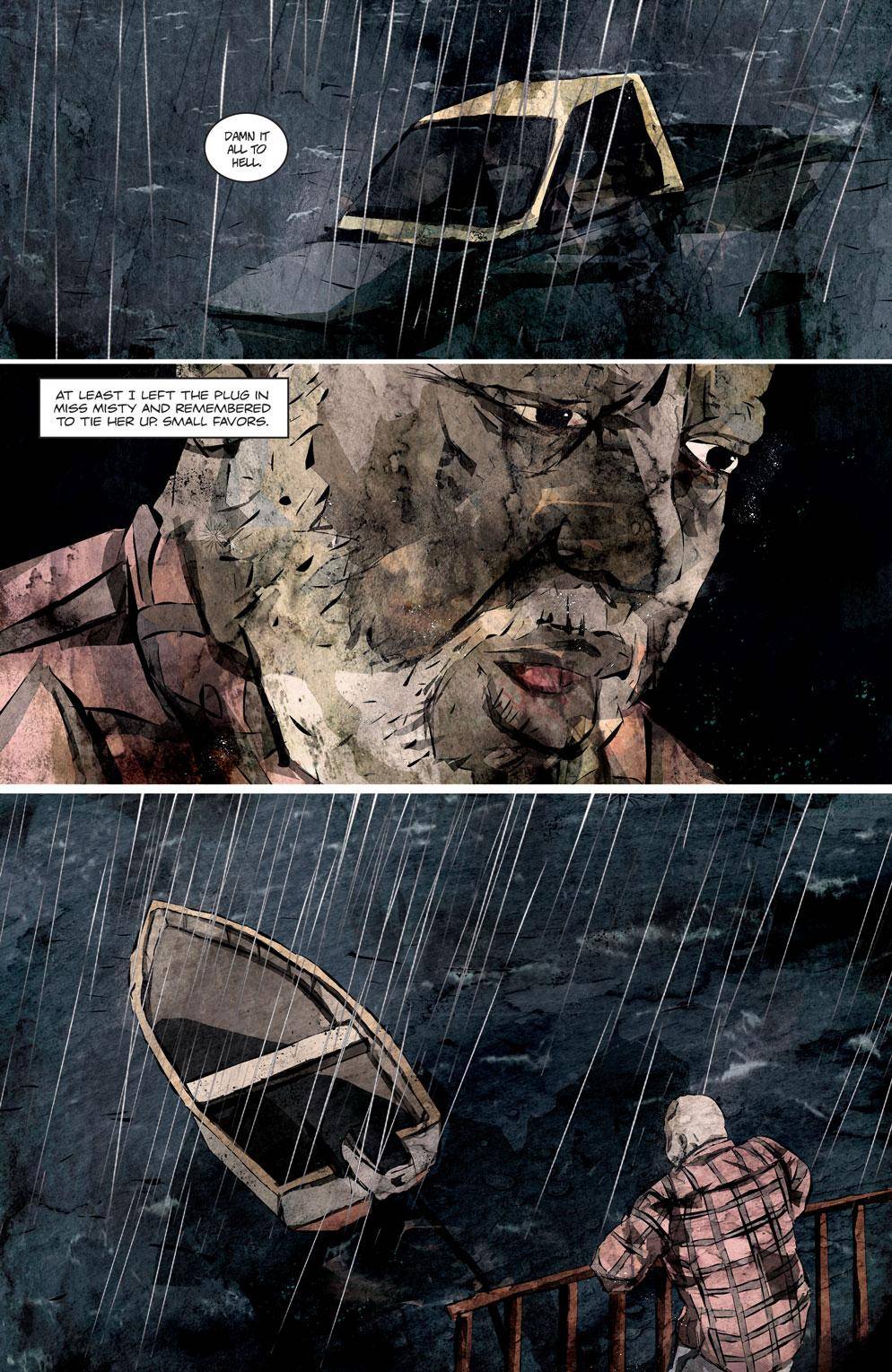 The Hag will be out January 15 at most comics shops for a special price of 99 cents. If you can’t find it there, it can be ordered from the AGP website.

When it starts to rain, Carl Simmons does not expect his retired, uneventful existence to change. But the rain doesn’t stop, and when it starts to flood, Carl heads out in his fishing boat to find survivors. Something finds him first.

Streets of Rogue Gets a Level Editor, is 30% Off on Steam Get a First Glimpse at the Characters of MMORPG Dragon Raja