Comic book writer Dirk Manning launched Tales Of Mr. Rhee as a webcomic some years ago. Illustrated by Josh Ross, it took place in a world that had suffered a demonic invasion thanks to an underworld portal appearing out of nowhere. The portal was closed after three days, the escaped monsters were hunted down, and people assumed the danger was behind them…except for Mr. Rhee, a magician who sensed the worst was yet to come.

Manning launched a Kickstarter to collect the 500-plus pages of Tales Of Mr. Rhee into a massive omnibus book. That’s still happening, but now the book has official support from a real publisher. Source Point Press has announced they have picked up the Tales of Mr. Rhee omnibus and will be releasing it later this month. In addition, a brand-new Mr. Rhee volume, subtitled Rockstar Paranoia, will also be introduced.

“We love the horror genre here at Source Point Press, and we’re thrilled to welcome Tales of Mr. Rhee into our lineup. What a great opportunity to celebrate the genre and offer up this big sale to our readers so that they can dive into some of our classic horror titles,” says Joshua Werner, CEO of Source Point Press. “I’ve made no secret of the fact that Tales of Mr. Rhee remains one of my absolute favorite comic series to write, and I’m honored to now be bringing this long-running franchise to Source Point Press, where it has a new home not only among several of my other titles, but also several other of the best horror comics being published today,” adds Dirk Manning. 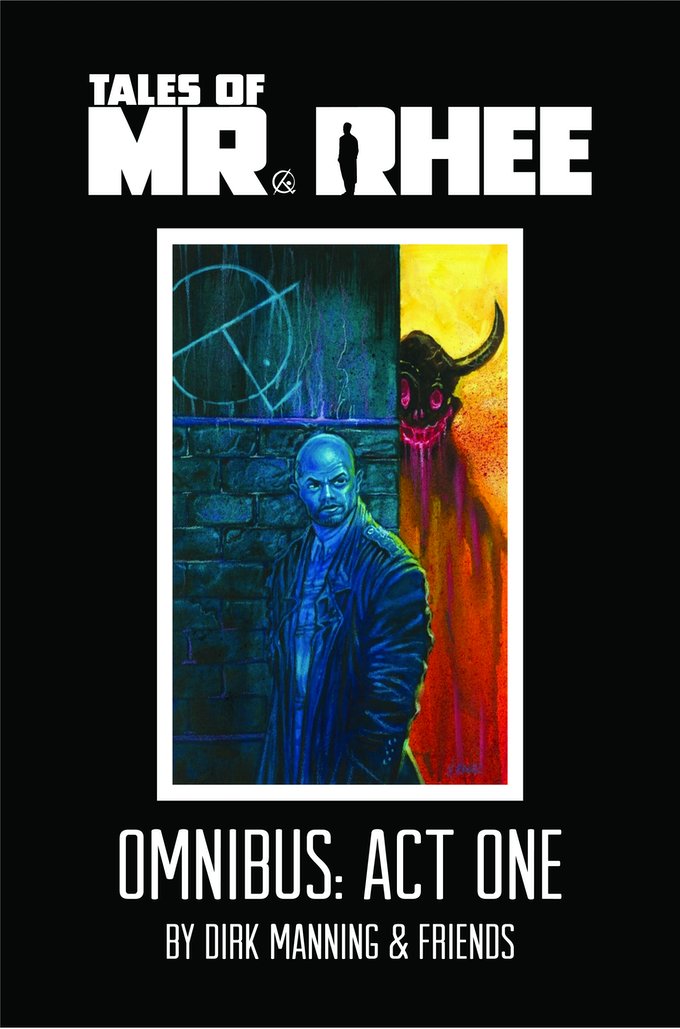