Can you believe IDW’s Sonic the Hedgehog comic has now been running for two years?? …Maybe it’s not as impressive compared with Archie’s 23-year record. But it’s still proof the ‘hog has staying power in the comics marketplace, even after sabotage from a former head writer caused Archie to lose the license and forced the entire comic to start over.

A 48-page annual comes out this week celebrating the anniversary; the cover depicts Sonic and Tails sitting down to a nice strawberry cake. The comic’s innards are more stressing: Eggman has come up with a plot to roboticize the world that’s far more cunning than his usual ideas. He’s whipped up a virus that turns organic life robotic and under his control! Inspired by real events? Dunno. But Sonic now has a threat he can’t simply outrun. He’ll have to mask up like the rest of us!

Sonic The Hedgehog Annual #2 should be out this week in most comic shops that are open, or you can get a digital copy directly from the IDW website for $7.99. 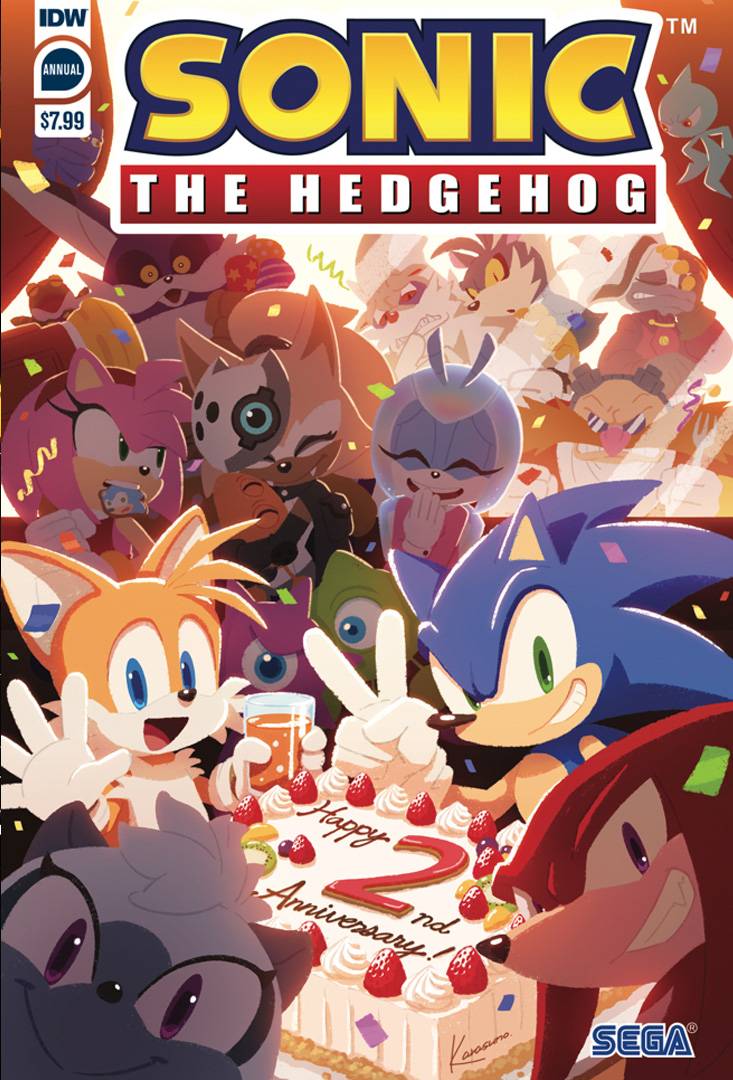 “Untold Tales of the Metal Virus!” As the Metal Virus plague—Dr. Eggman’s latest plan that turns all organic life into zombified robots—spreads across Sonic’s world, none can escape its path! Join Sonic and some of his greatest friends and worst foes in six incredible, previously untold stories about how the world reacts to this latest threat!