Sonic The Hedgehog #4 Is Sold Out Already

To quote a completely different company, “This is how you Sonic.” The relaunched Sonic The Hedgehog, now published by IDW, is a runaway hit they can’t seem to keep on store shelves — and this is with a weekly schedule and copies constantly being shipped. The comic will be settling into a normal monthly schedule soon, so if you’re in any way curious, you might want to put this on your pull list, or start one if you don’t have one.

Sonic #4 is already sold out, despite being released less than a week ago. A second printing is scheduled to ship May 30. Like Sonic himself, these move fast.

“It is incredibly satisfying to launch a title with four issues in a single month and to have all four issues sell out,” says David Mariotte, associate editor on Sonic’s new book. “It speaks to the talents of our creators who introduced a new version of Sonic’s story that’s already resonating with people, but it also speaks very highly of the fans who chose to embrace Sonic, Tangle, and all the gang so whole-heartedly.” (“Tangle” is referring to Tangle the Lemur, a new character introduced in Sonic #4. See her below.) 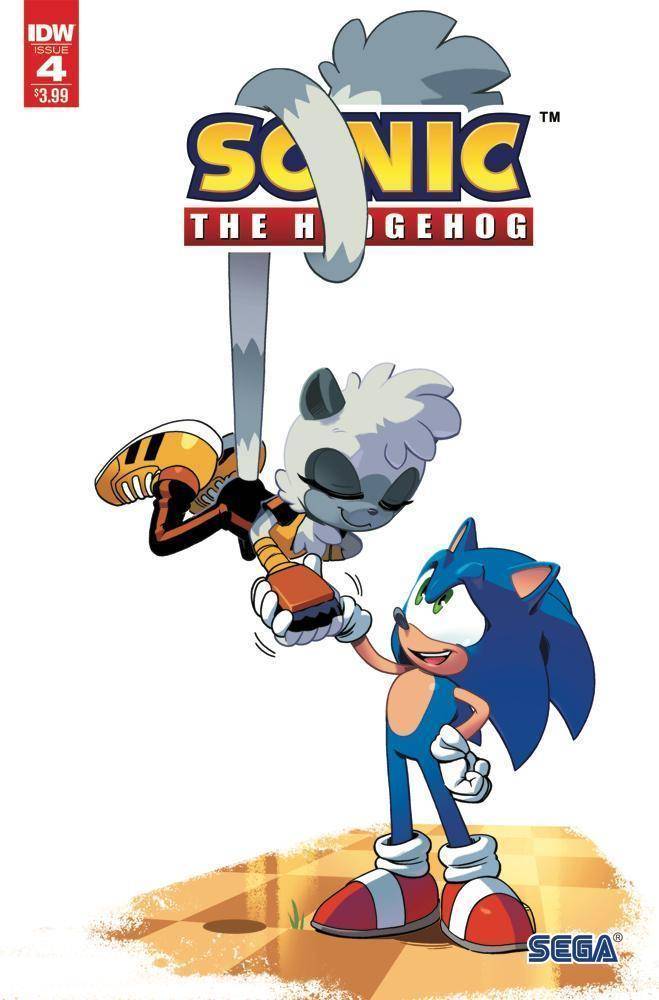 And if you miss them then, IDW still has your back: a Sonic The Hedgehog #1-4 Box Set will be released in June. Inside will be five rare variants of Sonic The Hedgehog: a sketch variant of issue #1, and virgin cover variants of the Tyson Hesse covers from issues #1-4. All of Hesse’s covers connect together to form one image.