Some Of The Free Comic Book Day 2019 Offerings

Tomorrow is the day comic book shops across America will be offering piles of free comics to anyone who stops by. It’s always the first weekend in May, but what you get out of it will depend on what your local comics shop offers and what kind of limit they place on the number of freebies you can take. Here is just some of the reading material you can score….

A privileged tier of FCBD comics are Gold Comics. These are all from major publishers, were produced in high volumes, and are guaranteed to be at your comics shop (unless you get there very late). Comics like Avengers (from Marvel), Under The Moon: A Catwoman Tale (from DC), TMNT Casualty Of War (from IDW), and these…. 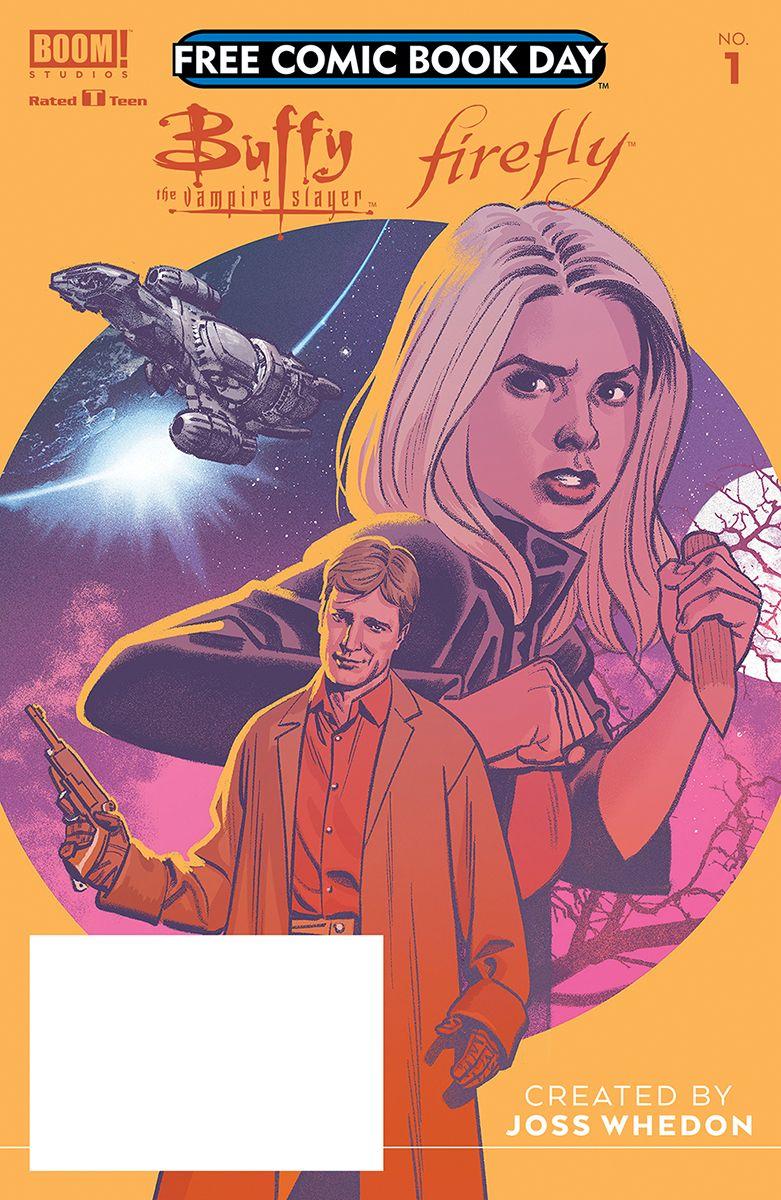 The official title of this one is “Welcome to Whedonverse,” printed nowhere on the cover. Boom Studios just picked up the rights to Buffy, Angel (coming soon) and Firefly, and have launched new comics based on the properties that use a separate continuity from what Dark Horse used. Consider this free mag your primer. 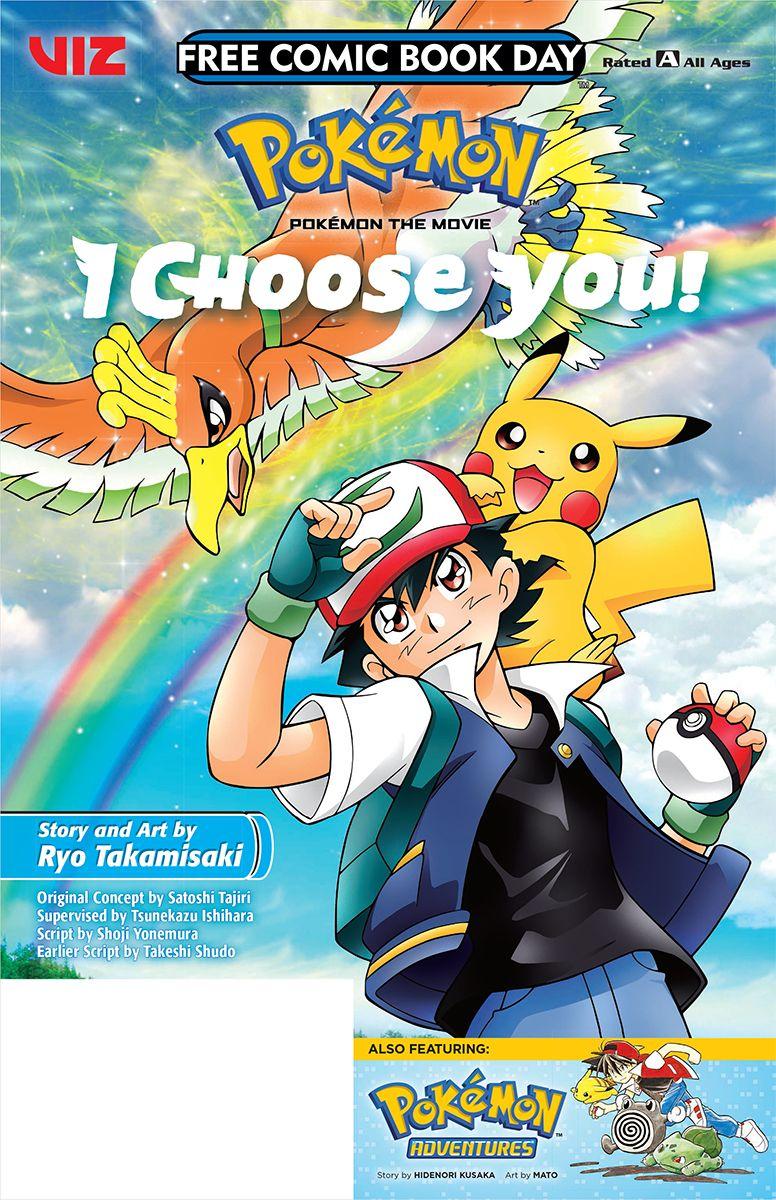 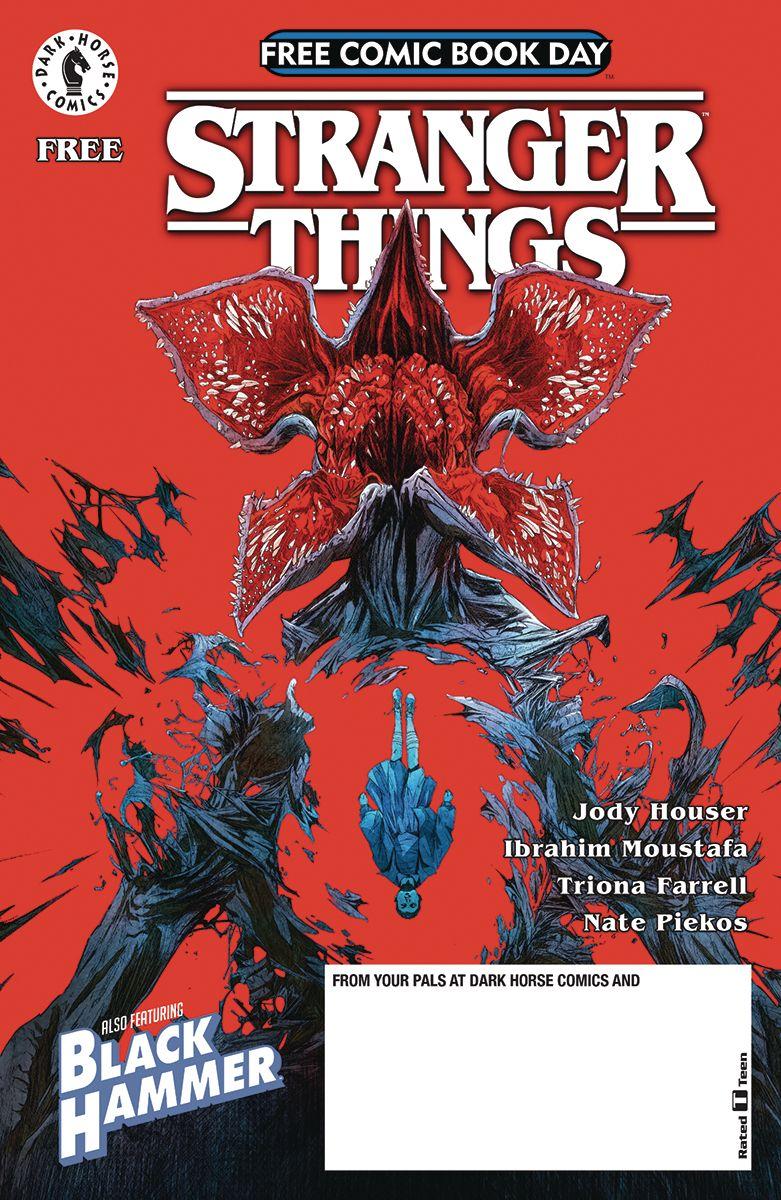 I’m not sure I would have gone the route Dark Horse and writer Jody Houser have gone with the Stranger Things property. They’re too afraid to rock the canon boat, so instead they tell stories from IN BETWEEN those times when interesting things happened. In this case, you get a short story from right after Eleven disappeared with the Demogorgon, where Mike’s friends have to cheer him up. Sounds like a blast. 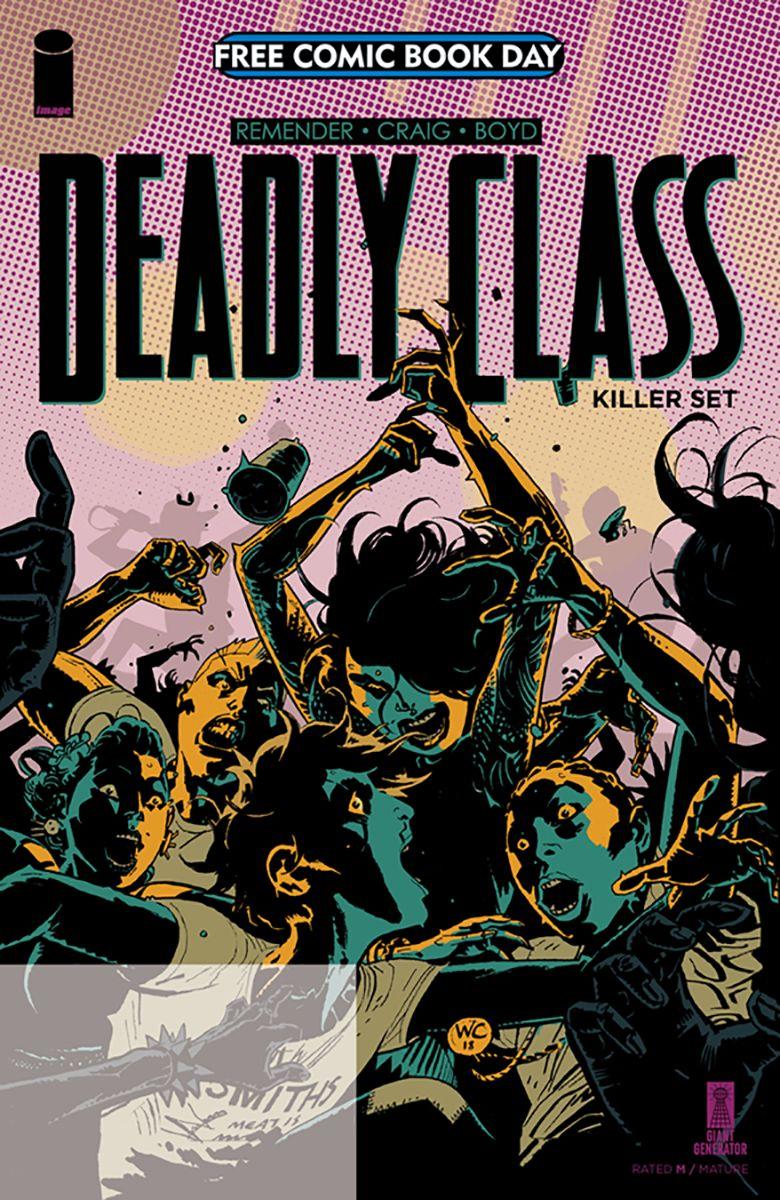 DEADLY CLASS is uninspired garbage for edgelord children who just discovered swearing and profanity. But hey, if that’s you….

The second tier of FCBD comics is the SILVER tier. These are in lower stock, and some will be harder to find, but they are often worth the hunt. It’s not the mega-big licensed titles that I’m most impressed by; it’s always the indie efforts from people that deserve more attention.

We cannot possibly list every Silver Tier comic, nor can we recommend any at this point (since they’re not out yet), but here are some descriptions we find interesting…. 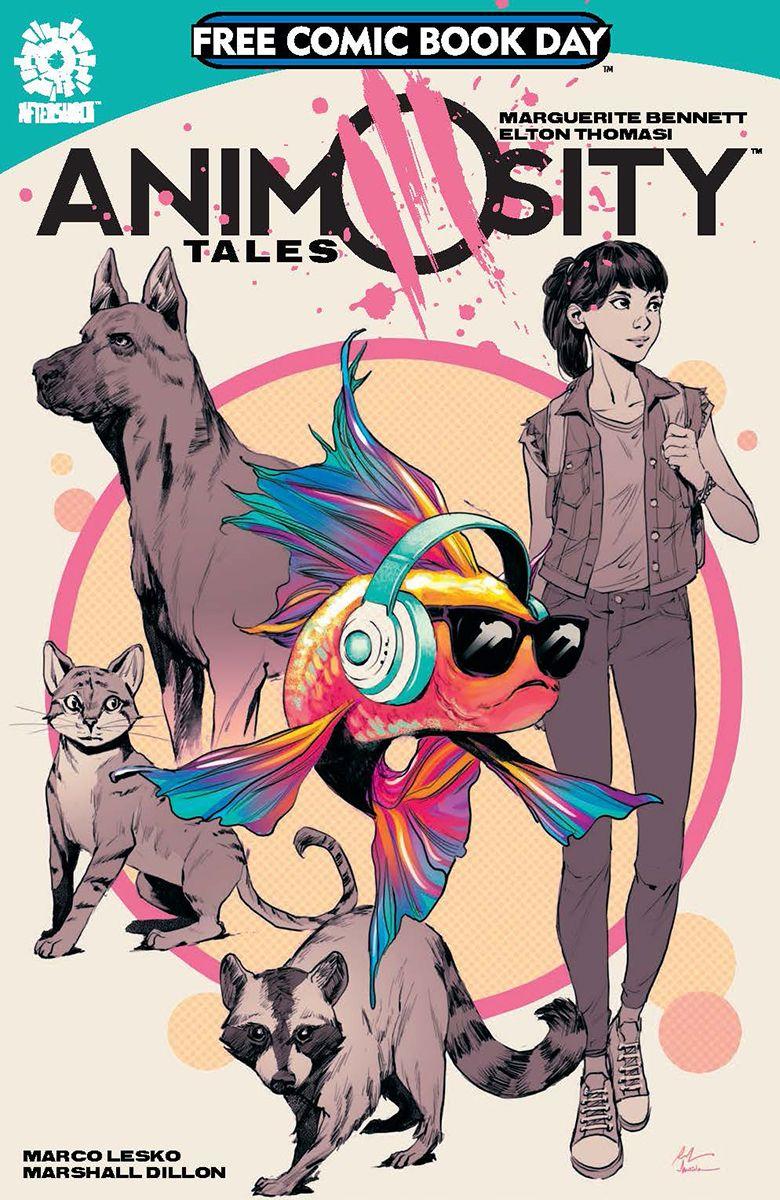 A tale from the world of ANIMOSITY… On the day known as the Wake, the Animals rose up — they began thinking, talking, and taking revenge. This Free Comic Book Day, we bring you the intertwined tales of three lives and a date with destiny amid a black comedy apocalypse… 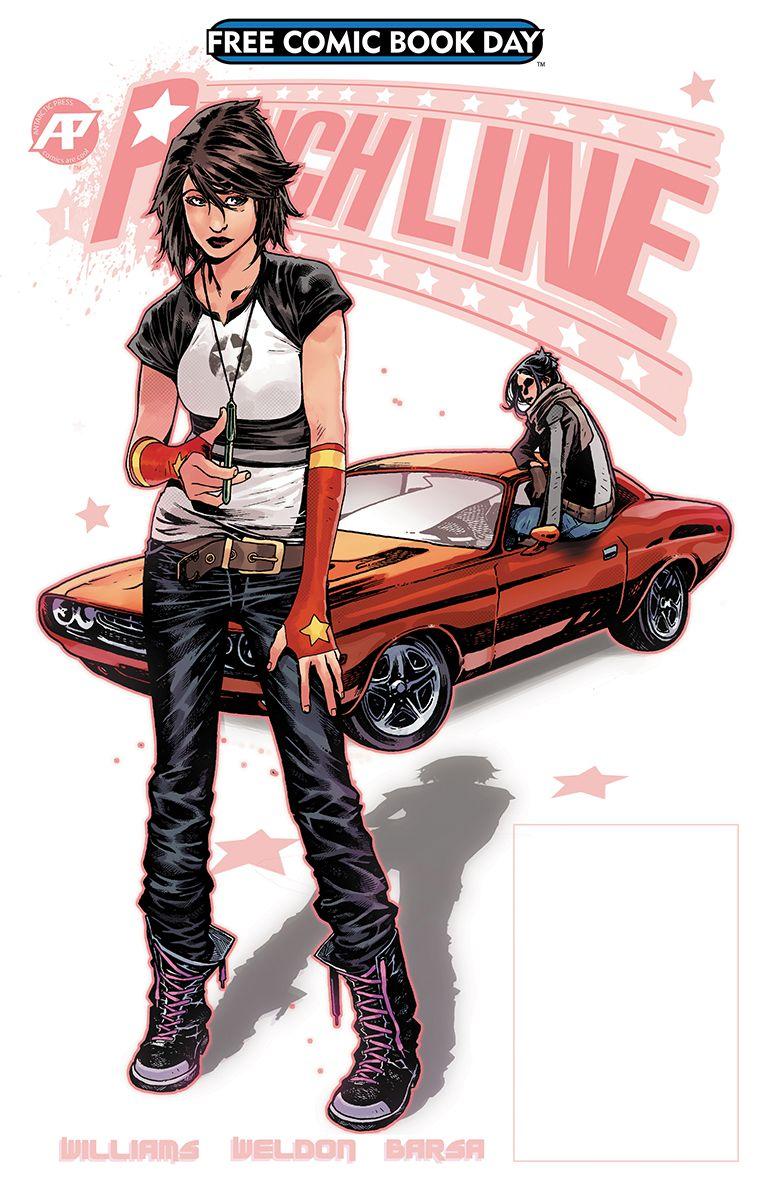 Mel was a cloaked super-powered representative of a superhuman group entrusted with protecting all Mankind. After being forced to retire, Mel meets Jessie, who agrees to take her place as a costumed heroine. Mel becomes a mentor to the new cape in town as Jessie joyously engages the role of heroine, meeting the other super-types in the big city of Seaholm and beyond. 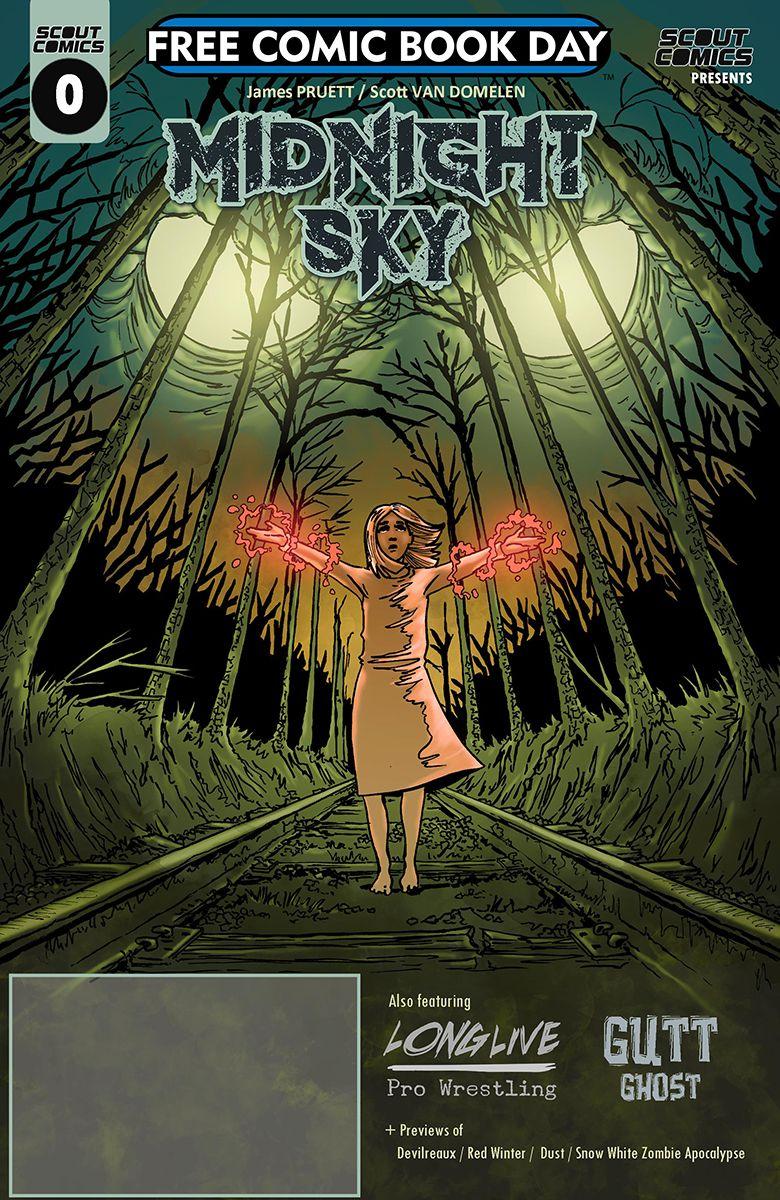 What would you do if you discover your son isn’t really your son? He may look like him, act like him, but deep down in your soul you just know…that he’s been replaced. Then your worst fears are realized when the light hits his face just right and you accidentally see his true appearance for yourself. But he isn’t the only one you discover; your neighbor, your friend, even your husband. Do you scream? Do you run? Or do you fight back? And how can your daughter be the best and, perhaps, last hope for mankind? Enter the dystopian world of the Midnight Sky. 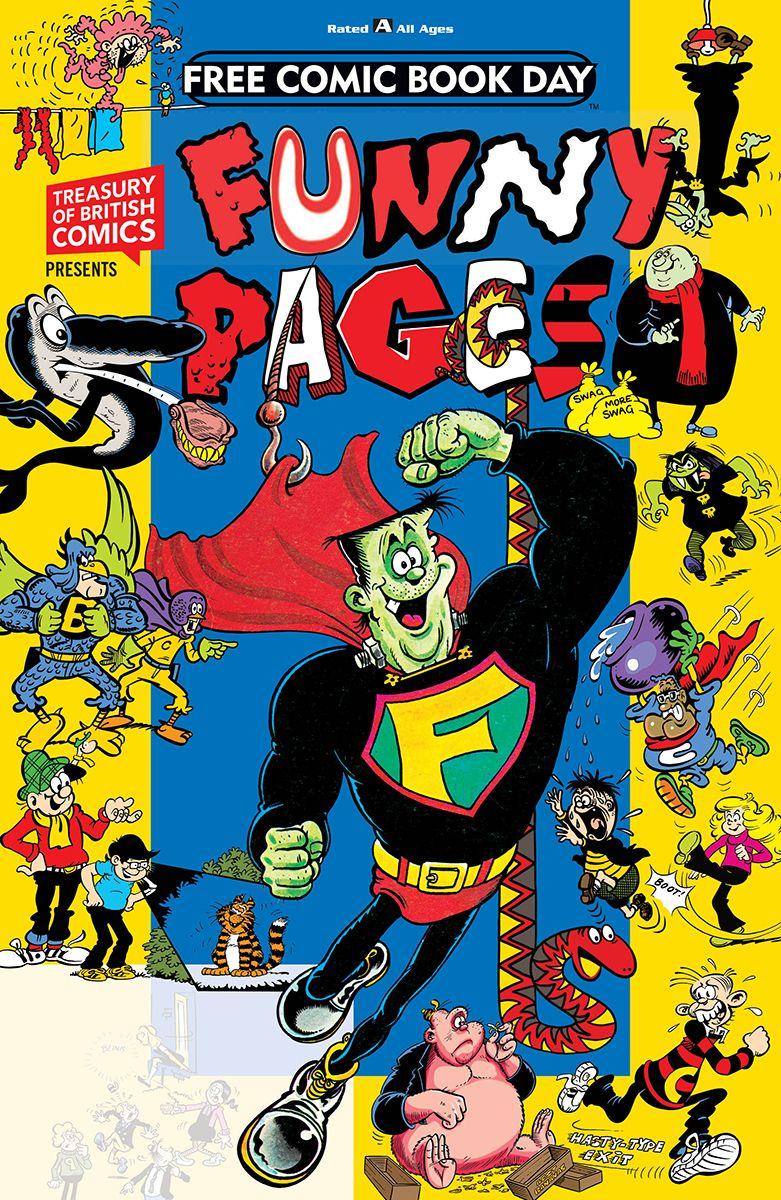 It’s time to put the funny back in funny pages! This Free Comic Book Day, the Treasury of British Comics presents a stack of silliness in a folio of frivolous foolishness with a trove of classic cartoon characters! Infant delinquent Sweeney Toddler commits crimes from the crib! Just when you thought it was safe to parody Steven Spielberg shark films, along comes the terror from the depths, GUMS! Martha’s Monster Make-Up and Faceache strips are both a scream! The egg-straordinary adventures of super-zeroes Birdman and Chicken are sure to get you clucking; You can count on Deadley Hedley The Vampire Detective to be up to your neck in laughs when he joins a stake-out at a monster Christmas Party! A bounty of belly-laughs for kids of all ages!

I wish there were more FCBD offerings from other countries. This is the first time I’ve ever seen a compilation of British Beano-esque toons being offered (but why is there no Dennis?) The only time I’ve ever seen a Franco-Belgian offering was two years ago when that Valerian movie was coming out and they needed promo material. 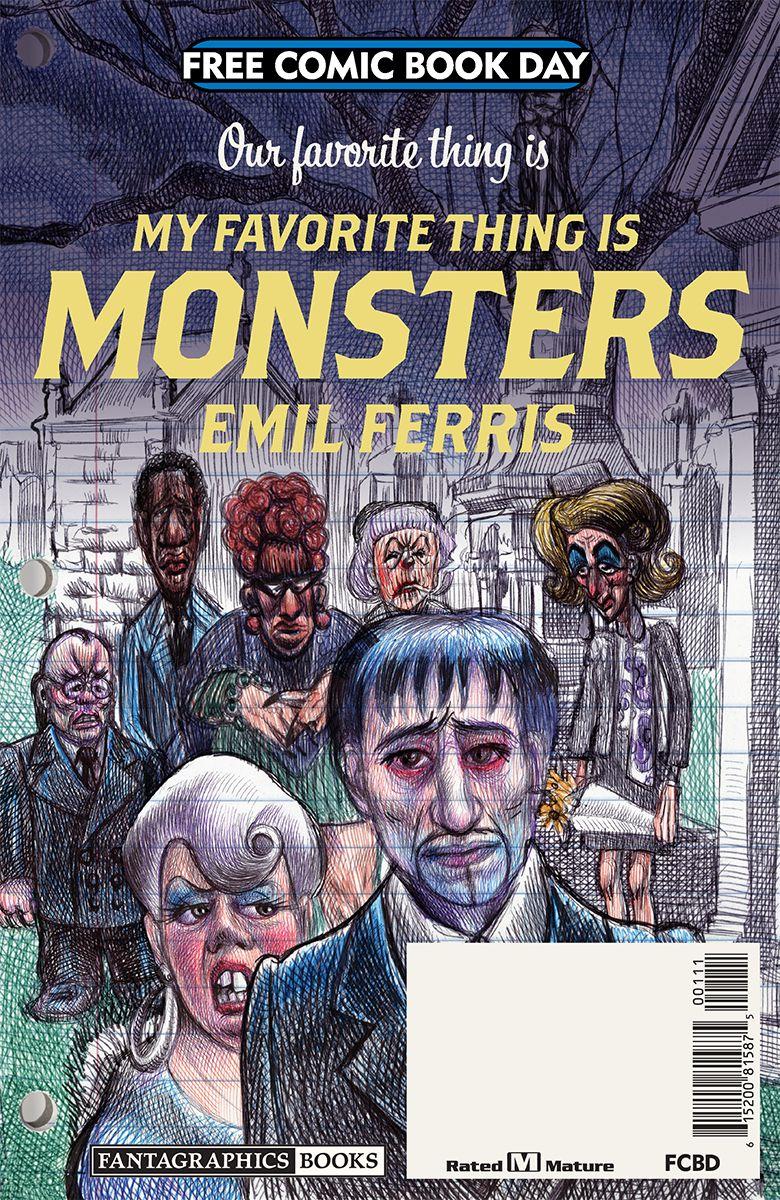 Movie Sonic Will Be Getting A Redesign Release Date Set For Bloodstained: Ritual Of The Night