Facebook
Twitter
ReddIt
Email
Tumblr
Superhero MMORPGs are nothing new, however, the team behind Ship of Heroes is aiming to deliver a very special kind of superhero MMORPG experience. As such, they’ve been working hard to make the game they feel players want and deserve. Today they’ve released a schedule to show off what’s coming. You can find it below, but here are some of the highlights:
“-New enemies, new super-powers, new costumes, and several alpha activities are also on the list for the first half of 2018.  Cutting edge tools like popcornFX, a new day/night cycle, and changes to the lighting in the outdoor environment are also highlighted in the development plan.  It is a lot to accomplish.  But simply by publishing a real list, and being open about how they are developing Ship of Heroes, this dev team has set a high standard.
-The devs at Ship of Heroes like to involve small groups of their community at many stages of development, and then openly share the feedback and results.  In 2017 they completed a first Alpha on their character creator, and in February they started their successful combat Alpha.  Next up is a network test, which is an essential element for any MMO.  In Q3 the dev team wants to enable players to test some kind of raid situation.  Testing raids in Alpha is unheard up for MMOs.
-Ship of Heroes has been in development for almost two years.  And they are moving methodically through their development milestones, so this new schedule shows that they are still on plan and making steady progress.”
Ship of Heroes expects to begin Beta testing at the end of 2018. 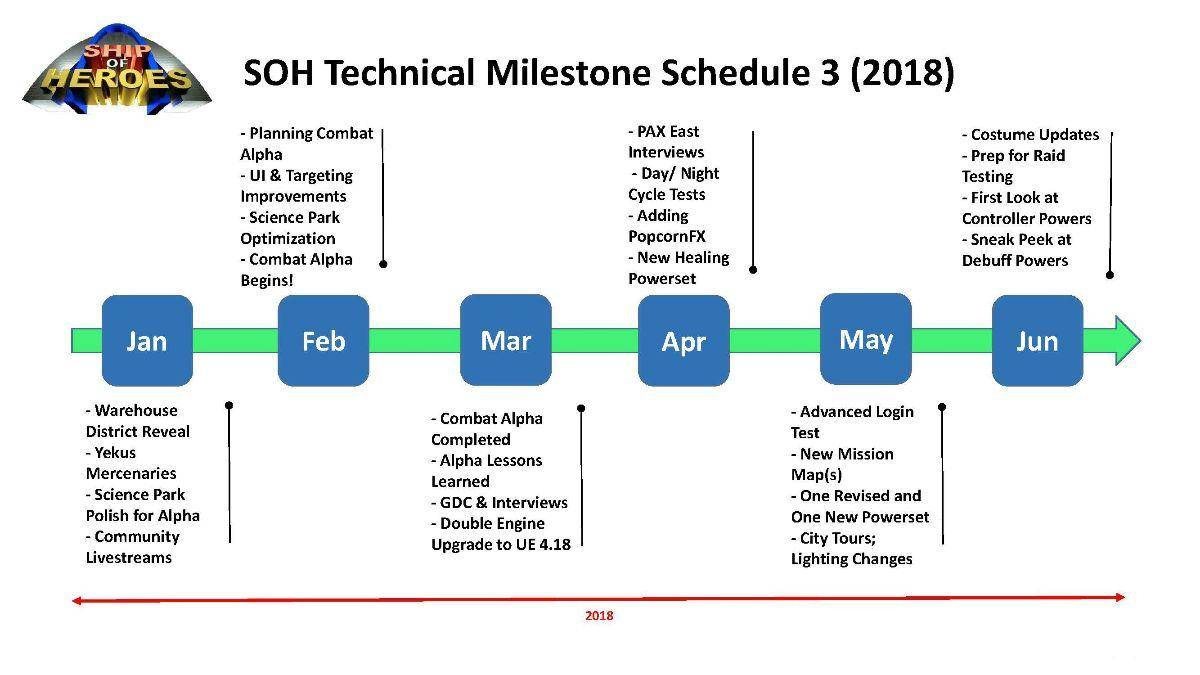