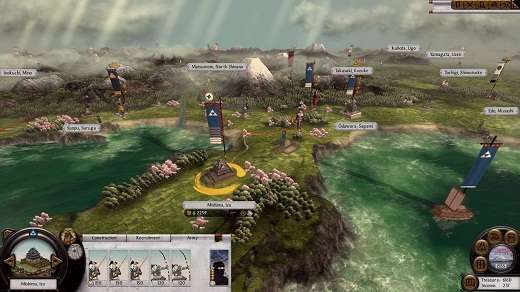 SEGA® of America, Inc. and SEGA® Europe Ltd. today announced that the third and fourth items of downloadable content for the critically acclaimed, Total War: SHOGUN 2™ are now available for download.
The powerful and secretive Hattori clan, masters of the shadowy arts of assassination and bribery, are now available to unlock in your Total War: SHOGUN 2 campaign. Featuring the most powerful battlefield ninja available, an extra historical battle scenario, extra armor and an XP injection for your Avatar, the Hattori Clan can be played in single and multiplayer campaigns and in online battles. This DLC pack was originally included in the SHOGUN 2 Limited Edition.

Also available now is the Total War: SHOGUN 2 ‘Blood Pack’. In true Seven Samurai style, this mature content adds decapitations, limb removals, blood-spatter effects on weapons and battlefields and much more. With this DLC, your forces can now tear chunks out of the enemy with rifle or cannon fire, but be wary of getting too close to the action or you may find yourself getting sprayed! Please note this content has a higher age rating than Total War: SHOGUN 2 and can only be purchased by those age 18 and up.

The following is not actual gameplay footage…