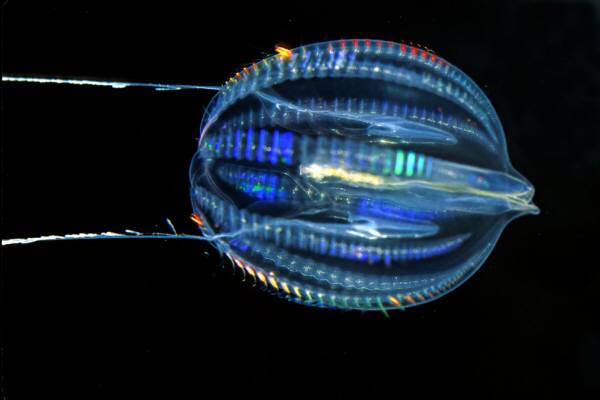 There’s always one guy out there that has to do it his own way. Scientists say research shows the comb jelly independently evolved a nervous systems that’s so different than other animals it’s being called “alien.”

“By revealing the unique molecular make-up of major features—the development, immune system, nerves, and muscles—I can honestly introduce you to the aliens of the sea,” said Leonid Moroz, professor of neuroscience, genetics, chemistry and biology in the University of Florida College of Medicine, McKnight Brain Institute, and the Whitney Laboratory for Marine Biosciences.

The findings suggest that comb jellies, a class of marine animal also known as ctenophores whose previous claim to fame was that it is beautiful to look at and uses hairlike cilia to swim around and hunt other animals, branched off from other animals early in evolutionary history. Comb jelly fossils as old as 550 million years have been found.

“Our concept of nature was that there was only one way to make a neural system. We oversimplified evolution. There is more than one way to make a brain, a complex neural circuit, and behaviors.” said Moroz, who led the team that studied the DNA and physiology of 10 comb jelly species.

On a molecular level comb jellies work in a radically different way than other animals. They do not use “serotonin, dopamine, acetylcholine, or most other neural transmitters that control brain activity in other animals. Instead, they might use a unique array of peptides and glutamate neural signaling, genetic editing, and a diverse array of electrical synapses.”

That difference provides exciting opportunities to those suffering human brain disorders. For comb jellies, regenerating lost parts of their neural system is no big deal. Scientists found that some of them can regenerate their rudimentary brain in three days. One particularly unlucky jelly was made to regenerate its brain four times.

“Nature is much more innovative than we thought,” Moroz said.